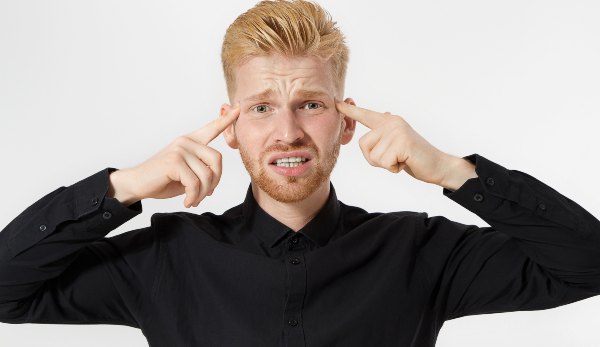 (If you want to learn more about the natural diversity of intelligence, what IQ tests test, whether intelligence is unitary or multiple, and so on, I suggest that you get your hands on The Cambridge Handbook of Intelligence, where you will find 42 top drawer essays covering the gamut of opinions about the intelligence debate.)

In such circumstances, not only will you not be able to proceed with the work that you deem is most meaningful to you but you will also know that you are not moving forward because your brain needs just this much more horsepower in order for you to succeed. As a result of this knowledge, you may decide that life is a cheat, blame your upbringing for robbing you of some measure of your native intelligence, and in other powerful ways experience sadness and frustration, all because of a naturally occurring gap between what you need and what you have.

This is an emotional pain that psychology hasn’t examined, the pain of wanting to do certain intellectual work but not being equipped enough to do it. It is easy to empathize with the pain of a minor league ballplayer who is just not quite good enough to make it to the big leagues. Indeed, excellent documentaries have been made following the plight of exactly such players. We watch such documentaries and we understand.

We’ve seen documentaries about dancers who aren’t quite able to rise to the top because they lack some physical endowment. We’ve seen similar documentaries about pianists, about violinists, about singers: that is, about professionals where we can see this natural diversity. But what would there be to see if we followed five mathematicians? Since there would be nothing to see, this problem has no public face and little power to provoke a public discussion.

In part, because these challenges are invisible, we do not think about them or talk about them. But they remain painfully real for the people who suffer. It is in the American DNA to act as if there is an answer to every problem. What happy face should we put on this particular problem? That short, stout man, while he may make the occasional beautiful shot from mid-court, really can’t play center for the Celtics. That singer with an ordinary voice does not have the voice of a singer with an extraordinary voice. Some things really are a matter of endowment.

First, you can help your brain be its best. This means many things, from not drinking alcoholically to silencing your self-talk that robs you of confidence and motivation to tackling your chosen intellectual subject in a regular, disciplined way. It means deciding to get a grip on your mind, think fewer small thoughts for the sake of your big thoughts, distract yourself less, flee from the work less, and make fewer excuses about why you don’t have the time, patience, or ability to think.

Second, you can think through what intellectual work matches your native ability. It is entirely possible that devising the most complicated plot in the history of plotting serves you considerably less well than choosing a simple plot that allows you to write a deep, lovely but also straightforward novel. Maybe there is a puzzle in your field that suits your brainpower, a corner of your field that is delicious but easy, a way to do the work you want to do that makes use of your other strengths. You will only know if any of this is possible if you admit that there is a problem, step back, and consider solutions.

Third, you want to beat yourself up less. How many smart people end up torturing themselves to the point of institutionalization over the fact that they can’t turn out poetry as brilliant as the poetry produced by their idols, can’t solve that mathematical problem that has thwarted all the biggest brains, or can’t create summations like Clarence Darrow? You can torture yourself in this fashion and threaten your mental health or you can surrender to nature’s ways.

Intelligence is not fixed. We are smarter on some days and duller on other days. We sometimes get good ideas several steps above our intellectual pay grade. Therefore you can build a little optimism into your considerations about whether you are smart enough for the work you want to do. Tempered by that optimism, however, must be the clear-eyed understanding that we have not been built for the purpose of solving intellectual puzzles that are too puzzling for us. We all feel the gap between the fantasy of pitching in the seventh game of the World Series and the reality of the person that we are. Well, it turns out that we may not be Newton or Einstein either.