This month I suspect the nation is accidentally divided into two unsuspecting camps: Those hearing the beloved name Vin Scully for the first time, and those who feel the world has lost a soul whose voice permeated their imagination for what seems like forever. I probably don’t have to tell you, but my tent is in Camp Two.

I’ve been reading, watching, and listening to the touching tributes to Vin all month now, waiting for the words to come to me that might add something different to the mix. Like so many fans of baseball, I am finding it impossible to quantify the impact Vin has had on the game and my life. Let me try to get there by focusing on what Vin brought into our lives that exceeds anything to do with a child’s game played by adults for well over a century on our pastoral fields of dreams.

Vin was decent in a way that defines decency. Try to think of anyone in the public eye where you never hear a single bad word uttered about him. People like this about someone but not that, people argue about the talents and abilities of professionals, people offer pointed critiques of someone’s shortfalls despite their success. I’ve never heard anyone utter a cross comment about Vin. Never. It’s uncanny. I can’t think of anyone else who fits that bill.

Vin was a storyteller of the highest order. We frequently overuse the word storytelling to describe the sequencing of events that constitute an unfolding narrative, but Vin turned broadcasting into art and baseball into a series of real-time epics built from a foundation of plot and character. You never had to love the Dodgers to love the resonance of Vin’s unmistakable voice. You listened to the anecdotes excerpted from the lives of MLB players told gracefully between balls, strikes, hits, and runs. You never missed a play, and every chapter of the story added up to a portrait of an era.

Vin brought us together. Whether you were sitting in Dodger Stadium with a transistor radio earplug hanging below your ballcap, watching a big screen with rowdy strangers in a sports bar, or sitting at home texting friends and family while Vin did the play-by-play alone in the booth, everyone choosing to participate in the day’s game came together as part of the event. Vin was inclusive, and he made us inclusive. Our differences didn’t matter on game day when he had the mic. His friendship was our friendship. Vin made sure everyone felt welcome to be part of his 67 years of telling campfire stories while athletes performed them in stadiums linked to historic moments.

“Hi, everybody, and a very pleasant good evening to you.”

“If you have a sombrero, throw it to the sky.”

“A Black man is getting a standing ovation in the deep South for breaking the record of an all-time baseball idol.”

“In a year that has been so improbable, the impossible has happened.”

“I know in my heart that I’ve always needed you more than you’ve needed me.”

Vin turned simple words into profound statements, moments into musical notes, radio and television commentary into sound bites for the ages. Today that might seem corny, impossible to pull off without sounding dated or forced. I guess when you have the perspective of almost seven decades to evolve your act, whatever you say is instantly perfect. It’s jazz. You’ve rehearsed as much as anyone alive, so you can improvise without a worry. You also instinctively know when quiet beats loud.

The stories of Jackie Robinson, Sandy Koufax, Hank Aaron, Don Larsen, Fernando Valenzuela, Don Drysdale, Willie Mays, Roberto Clemente — they are each 100% their own, and Vin knew that more than anyone. Vin was forever the reporter, never the story, that was his inviolable commitment. Yet the stories were better because he told them. Everyone knew that. If you had a story in the game, you wanted Vin to tell it, to record it for the ages, to make it vital, enchanting, and historic. Doing the outlandish in a game that has never seen a moment like yours is one thing. Having Vin lock down the tale for all of time is quite another.

As I think about all the kind words I’ve read and heard about how deeply this one humble man touched so many lives, I am repeatedly left breathless by the stories the fans themselves have shared. Fathers and sons who couldn’t find the right words to say to each other turned on the radio and had a catch while Vin called the game. Families who couldn’t afford the price of tickets parked their cars in open spaces, opened the tailgate of an old station wagon, spread a picnic blanket and grilled hot dogs as Vin made them feel like they were at Chavez Ravine. Brooklyn loyalists who never forgave Walter O’Malley for moving the team west generations later got satellite TV and fell in love again with their Dodgers bridged by the same voice who loved the team as much as they always had.

So here’s the thing about Vin, where the legend of simpler times and radio days brings us to the less innocent evolution we’re all trying to navigate with fragments of heart and hope. Some of us are getting older, losing the icons that carried us from youth to adulthood while poignantly keeping us young at heart. Every April baseball season begins with enormous hope, and every October it ends with one World Series champion. We all know the beginning and end of that cycle come with a change in the cast. Some of our favorite players will be gone. Some of the most important people in our lives may be gone. That is the sad and precious reality of our time together. Our memories are both powerful and fragile. When we remember a common voice that triggers the goodness in those memories, biological age for an instant is no longer a thing.

I’ll give the wind-up to Vin, because I cannot imagine any other way to set up the close and get off the air:

“When I was eight years old, I fell in love with the roar of the crowd coming out of the speaker of a four-legged radio. When you roar, when you cheer, when you are thrilled, for a brief moment I am eight years old again.”

Yep, so am I. Thank you, dear Vin Scully. Your gift of optimism and connection is once in a lifetime, once in a century, once in sports history. Your gift forever keeps us eight years old.

Ken Goldstein advises start-ups and established companies on brands, creative talent, e-commerce, and digital media strategy. He publishes the popular business blog CorporateIntel.us and is currently Chairman & CEO at ThriftBooks Global and Non-Executive Chairman at Good Men Media. Previously he served as Chairman & CEO of SHOP.COM, Executive Vice President & Managing Director of Disney Online, and VP / Executive Publisher of Entertainment & Education for Broderbund Software. Ken is the author of three novels all published by The Story Plant: This Is Rage (2013),  Endless Encores (2015), and From Nothing (2018). 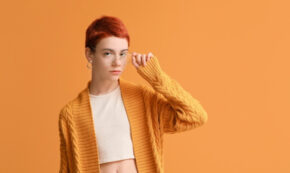