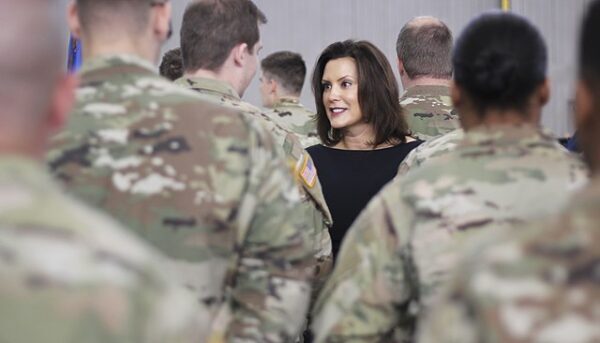 Listen, I like coffee shops and sit-down restaurants too, OK?

Even as an introvert, I enjoy going to public places (so long as I don’t have to really talk to anyone), opening a laptop, doing some work, and just people watching.

As someone who normally travels through airports every week, I’ve become habituated to Delta Sky Club food and airplane seats that lie to me with names like “Comfort Plus.”

And like a lot of others, I’ve lost almost all of my income in the past several months.

It isn’t only nail salons and shopping malls that haven’t been operating. Schools have been closed and conferences canceled, so as someone who speaks at these as my primary source of revenue, I understand the stress associated with prolonged shutdowns of large parts of the economy and society. Obviously, we have to do more to support families in these dangerous times, and whatever we’re doing now is not working well for anyone.

But please, fellow white folks, no more nonsense about how these shutdowns amount to tyranny.

Or how asking you to wear a mask in public, or requiring it in a private business, is an act of oppression.

Or how it’s time to abduct Michigan’s Governor because stay-at-home orders are the equivalent of the Gulag.

Ya know what tyranny is? It’s caging children at the border indefinitely because you view them as less than human and think asylum seeking is a crime, rather than a recognized human right.

It’s racially profiling black and brown folks with stop-and-frisk policies, even without probable cause, and even though over 90 percent of those stopped and searched have committed no crime.

Ya know what’s oppressive? A war on drugs that targets African Americans and Latinos even though whites are equally or more likely than people of color to use, possess, and even to sell illegal narcotics.

Or being followed by shit-kicking good old boys in a truck because they think you look like a recent neighborhood burglar (even though there has been no such burglar) and then being shot dead in the street by them in “self-defense.”

Or being killed like 12-year old Tamir Rice, while playing with a toy gun in a public park, by a cop who sees you, presumes you dangerous and shoots you on sight.

Or being choked to death like Eric Garner on the streets of Staten Island, by an officer who didn’t like that you were talking back to him, tired of being harassed for no reason.

What makes you angry — angry enough to protest — would be fascinating, were it not so mind-numbingly stupid.

You don’t protest the disproportionate use of violence against unarmed black folks by police.

You don’t protest the fact that we live in the wealthiest nation on Earth, but tens of thousands die each year for lack of affordable, accessible health care.

You’re not joining rent strikes, or demonstrating in solidarity with the grocery, Amazon, and other warehouse employees who are fighting for safer work conditions, having been forced to labor alongside sick colleagues with little protection or paid leave in the event of illness.

But you are mightily enraged by your inability to go to the beach or gorge yourself on chicken wings at Hooters.

You are ready for a civil war over the thought that you can’t load up on ammo at the gun shop, play golf, or see Trolls in the movie theatre.

You’re prepared for revolution at the thought of canceling football season or because you might have to enjoy your megachurch worship service on that there internet, as opposed to raising your hands in the air like you just don’t care in front of a few thousand others whom you desperately need to witness your act of piety.

You protested Obamacare but never the health care system that has left us so vulnerable to the machinations of private insurance companies.

You protested busing, but not the system of segregation and separate-and-unequal that made it necessary.

You (or your parents) didn’t join the sit-in protests to break the back of American apartheid or march for voting rights, or fair housing access. But you’ll protest for the right of Christian cake makers and florists to deny service to LGBTQ folks because “liberty!”

You are, after all, the descendants of people who never felt the slave system was evil enough to rebel against, but for whom taxes on some got-damned tea were a bridge too far.

I’d hate to think how you’d react if you ever experienced real oppression. You know, like the kind that certain other folks have suffered for a very long time. All of which you have ignored, and will no doubt continue to ignore while insisting that a ban on bump-stocks for your semi-automatic penis is just one step removed from the gas chambers.

But tell me the one again about how we on the left are the snowflakes, Frosty.

And by all means, get busy congregating in large groups. Refuse vaccines, enjoy your bleach enema, put all your money in gold and bitcoin, order vitamin supplements from Alex Jones. Y’all do you.

But first, please sign a release form so that if you get COVID, the doctors can ignore your ass. Let them spend their time, instead, attending to patients who got sick despite their best efforts not to, rather than folks like you who couldn’t wait a few more months to get back to CrossFit.

I hope you don’t catch the virus. But if you do, presuming you don’t die, perhaps you can spend the two weeks in quarantine reading some history written by people who’ve had to struggle against real oppression, and not the phony version you think yourself to be warring against presently.

Because this nation desperately needs some herd immunity against bullshit, so if you can come out the other side of this thing with some perspective, that would be a price well worth paying.