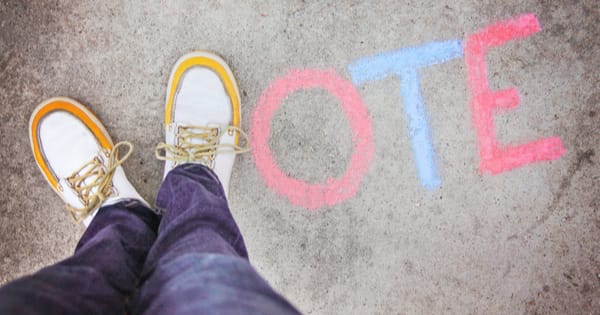 In what has to be some of the best news in some time John Hickenlooper has abandoned his uphill run at the presidency and is considering jumping into the race for the senate. This is heartening for all of the wild-eyed liberal dreamers out there, maybe not so much for Mr. Hickenlooper. What makes it so wonderful for us is the possibility of a senate run.

Flipping the Senate is almost as important as taking the White House. Of course, that is not true at all. Just a bit of hyperbole to see if you were still paying attention. We need to have a real president; things are getting worse by the minute.

Sometimes the things coming out of the Trump administration makes you wish it were “fake news,” and then reality turns and slaps you in the face. So, that has to be the ultimate goal.  We need to put a real leader in the White House.

If Hickenlooper can pick up Cory Gardner’s seat that would be a nice little bonus.

Now, if you are of a mind to dream a little bigger, imagine Beto O’Rourke, who is riding a huge wave of good ink after handling such an awful situation (the shooting in El Paso) with such dignity and grace, running, and winning a senate seat in Texas. Texas is a tough nut to crack for a liberal politician, but it isn’t impossible and O’Rourke has the recognition to get some votes. The Hispanic vote has to be with someone who is willing to say Trump, his wall, his immigration policies and his whole narrow-minded, angry bigotry are wrong.

If you want to reach a little higher, Mitch McConnell is tracking at an 18% approval rating in Kentucky. And he is facing a veteran, which is a big deal in Kentucky, who is bright, articulate and decorated. Amy McGrath is not going to go away without a fight.

Of course, all of these races would probably be aided if Congress would begin an impeachment inquiry and expose some of the corruption that has consumed the Republican party. It is hard to take the high road can be difficult, and the Democrats seem to be afraid of bold moves and big ideas. But, there is a lot of reason for optimism and dreaming.

Things are looking up, we just need to stay strong, and we can get through this together.