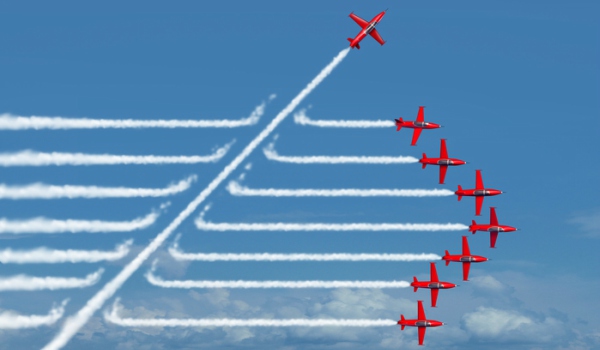 I should have set a timer.

Like the kind that lets you know when your hard-boiled eggs are ready.

Because having just published a piece on Medium calling into question the fetishization of “intelligence” as typically defined (by things like IQ tests) I knew it wouldn’t be long before the snide comments began rolling in.

Not just the cheap shots — the ones implying I was only questioning IQ tests because I must have done poorly on one — but the politically-loaded types as well. Like how liberals and leftists disdain successful people, and because successful people tend to have higher IQs (arguable but whatever) we have to tear down the concept of intelligence as part of our “war on excellence.”

And of course, there were the racist ones insisting I was dismissing IQ because black folks tend to score lower on IQ tests, and I would prefer to elide this fact.

Indeed it was this issue of racial supremacy and inferiority that animated most of the negative replies I received. And if I wasn’t willing to take IQ tests seriously, they had another line of attack. What about the simple fact, they asked, that most all achievements in history have had European origins, and none African? This, they suggested, proved the validity of the racial hierarchies I had derided in the piece on IQ.

As one detractor put it, “Africans have never accomplished anything of technological or scientific significance.” What’s more, they didn’t even have wheels until the era of slavery.

A bit crude, but not much different than what Rep. Steve King of Iowa thinks. So too the Proud Boys who call themselves “Western chauvinists” who “refuse to apologize for creating the modern world.” This, even though none of them (except perhaps founder Gavin McInnes) have ever created anything but paperwork burdens for probation officers.

In other words, the notion that “the West” is due credit for all good things is pretty standard fare, as is the assumption that the West means white people.

So too the calumnies heaped upon Africa, even though those offering them have spent no time studying it. They know what they know, having attended American schools in which one receives the impression that African history didn’t begin until slavery.

Oh, and that Egypt isn’t really in Africa.

Or that it is, but the ancient Egyptians were white.

One could spend time filling in the gaps of their ignorance, I suppose. There is more than enough scholarship out there to do the job. But I doubt it would make much difference. The work of Cheikh Anta Diop, Walter Rodney, Molefi Asante, or even Basil Davidson — a right proper Brit who was one of the most respected Africa scholars in modern history — would likely mean little to them.

But as informative as that material can be, it amounts to playing the game racists want to play, and on their ground, in a way, you can’t ever win.

Fact is, by the standards of Eurocentric excellence, of course, Europe has contributed more to the world. If a culture gets to establish the criteria by which all cultures are to be judged, it is unlikely they will be the ones to come up short.

Although some choose to play this game — like those who point to “100 black inventors in history” or the existence of advanced kingdoms in sub-Saharan Africa while Europeans were still shitting in the woods — this kind of rebuttal still falls into a white supremacist trap.

How? Simple: Racists can always point to Africa and say, “Ok, so once upon a time you were kings, but look at you now,” as a way to suggest a reversion to the mean of inferiority. I know it’s racist nonsense, but it’s how they play the game. And it works.

And honestly, why should black folks assume being kings and queens — which is some elitist bullshit venerated by, you guessed it, white folks on an Ancestry.com bender — is the best way to judge a culture or its people anyway?

Rather than playing that game, I would recommend changing the game altogether.

Rather than debate who has contributed more to the world under Eurocentric standards, let us question those standards at their core because the entire paradigm under which white folks tend to assess greatness is flawed.

To suggest we should value a culture based on its technological achievements — the standard argument — elevates the importance of things above people. It requires us to affix the label, “superior,” to any culture with advanced technological prowess, even if that technology is used to exterminate others, or in such a way that could lead to the extinction of even the culture that created it.

So instead of viewing the creation of nuclear weaponry as evidence of a fundamentally pathological and destructive tendency among the whites who brought it forth, we are expected to praise the genius behind it, taking no note of the consequences now made possible by such “progress.”

By contrast, hunter-gatherer societies that nurtured respect for one another and engaged in little or no predation against others or the land base upon which they depend would be considered inferior in this cosmology. But under what rational basis would such an ordering make sense? It wouldn’t unless one had already bought into the white supremacist view of things.

Furthermore, the “great man” paradigm of historical analysis constitutes an assault on the dignity of the vast majority of the globe’s inhabitants. This includes, one should note, almost all citizens of even the most advanced nations.

After all, few will invent anything of note, compose a symphony, discover a cure for a deadly disease, or manage to do any of the other things that the “great man” theorists extol as the only important human victories. By the standards of ruling class history, most Americans, of whatever race, are useless and have accomplished nothing.

Likewise, entire cultures (and not just black and brown ones) come up short in such an analysis. What we think of as European Civilization is quite limited: composed of the achievements of only a handful of nations, and even then, only a small fraction of the persons of those states. After all, most people have been little more than peasants for the bulk of recorded history.

The idea of technological advance as tantamount to superiority makes no more sense than the way we calculate Gross Domestic Product (GDP). In the latter case, we sum the total value of all things produced, whether bullets and bombs or life-saving medicines, as if production were the be-all, end-all of human existence.

But should we not consider the purpose to which all that advanced gadgetry is put?

If not, then we should applaud the chemists at Dow for giving us Napalm while viewing their victims (who after all never created anything that advanced and merely survived the depravity of the first bunch) as inferior specimens of humanity.

Oppenheimer gets the praise, while the citizens of Hiroshima become a historical footnote.

But how cut off from your own humanity must you be to suggest that technology and other inventions are the ultimate measures of human worth?

After all, a robot can make any of the things that those who worship technology consider evidence of cultural superiority. But no robot can lead a struggle for human freedom, democracy, or liberty.

No robot can raise a child into an adult, or write a novel filled with pathos and irony, or any human feeling whatsoever.

No robot can nurse a sick puppy back to health, write a screenplay that can make us cry, or devise something as lofty as the Universal Declaration of Human Rights.

To consider technology evidence of a culture’s superiority is to engage in the ultimate form of auto-dehumanization. It is to miss the point of creation, whether seen as a God-given gift or an act of nature.

Surely, superiority in any meaningful sense is less about one’s ability to create and destroy, than one’s ability to empathize, and to stop doing things that wreak havoc on the planet and one’s neighbors. To develop the capacity to kill and maim on a grand scale is not a sign of superiority. To be capable of saying you’re sorry, even for making the effort, might be, but good luck finding anyone among the masters of the universe willing to do that.

Hell, when it comes to technology, no robot can accomplish even that which bees manage every day: pollinating plants that bring forth fruit, nuts, and berries, keeping the chain of life trotting along. In other words, even creatures to which we extend little credit for their intelligence, are more critical to life on this planet than even the most impressive pile of computerized junk.

And if that pile of junk threatens our survival — either because the extraction of the minerals needed to produce it has degraded the ecosystem, or because the machine’s purpose is the bringing of death, as with guns, bullets or bombs — then we should view its creators as either crazy, evil or both. We should certainly not consider them superior, unless our concept of superiority involves the ability to extinguish life on the planet; unless the will to omnicide has come to represent, for us, the pinnacle of human achievement.

But maybe that’s the problem: we do define superiority this way.

The ability to destroy that which either God or nature (or both) has given us, places us, in some sick way, above God, at least in our minds.

By our actions, we seem to be saying that although God may have been able to create the world in six days, we can and will destroy it, if not as quickly, every bit as completely.

If this is superiority, we could do with quite a bit less of it.