A teenager from Florida has filed a discrimination lawsuit against his former school, alleging that he was targeted by staff and students because of his Christian faith.

Christianheadlines.com reports that Nicolas Ortiz, who attended Mater Academy from 2018 to January 2022, claims he was mistreated by both his peers and school staff for bringing his Bible to school and reading it during his free time to build his faith.

Representing Ortiz is The Dhillon Law Group, which recently filed a 206-page lawsuit against Mater Academy. In a prepared statement, the firm’s managing partner, Harmeet K. Dhillon, said, “Mr. Ortiz is experiencing something that no American should ever have to experience.”

According to The Christian Post, Ortiz was ridiculed and threatened by other students and publicly humiliated by various teachers.

“During a fall 2021 classroom discussion, Nicholas’ science teacher singled out Nicholas in front of his peers and questioned him for believing in God. The teacher insinuated that Nicholas was ignorant for believing in the Bible,” the suit said. “When Nicholas attempted to defend his beliefs, the teacher cut him off and said, in front of the class and during the classroom discussion, Nicholas should not believe the Bible.”

Ortiz further alleges that his Bible was ripped apart by his peers while he read it during his lunch break. When he reported the incident, he was told by the vice principal to stop bringing the Bible to school altogether.

Ortiz’s parents claim that they repeatedly complained to the school about the bullying of their son, but nothing was ever done to protect him. “On October 11, 2018, Mrs. Ortiz sent an email to the school notifying the school that, over the course of multiple days, students in Nicholas’ PE class had ‘threatened to hurt him,’” the lawsuit said. The students then exploited a personal relationship they had with the school’s principal “to wrongfully accuse Nicholas to get him expelled and rallied other students to exclude Nicholas from class participation.”

The lawsuit also noted that in December 2021, the U.S. Department of Homeland Security visited Ortiz’s house after two students “made false, defamatory statements” on social media claiming “that Nicholas had made school shooting threats in the past, had threatened to shoot a fellow student that day, and that they should tell parents about the threat.”

Despite the investigation deeming the claims baseless, Ortiz was suspended from Mater Academy for ten days. “The students who spread false accusations against Mr. Ortiz were never disciplined in any way. Only Mr. Ortiz was suspended, without due process and for no valid reason,” said Dhillon.

Ortiz and his parents are seeking significant damages because the school has destroyed his educational experience.

To sue or not to sue?

On the surface, it looks like a classic case of religious persecution against a Christian youth. And the publications that I found this story in certainly frame it that way. Christian Headlines.com features the article under their dedicated “Christian Persecution” section.

But for me, the whole sorry saga of Nicolas Ortiz raises an important question.

Jesus himself encourages people to settle matters without going to court. And in 1 Corinthians 6:1–8, Paul reprimands church members who have filed lawsuits against other church members. As for suing people outside of the church, the Bible gives no definitive answer.

However, Acts 21–22 recounts Paul being wrongfully accused of a crime he did not commit. The Romans arrested him, and the commander brought Paul inside and ordered him lashed with whips to make him confess his crime. As they tied Paul down to lash him, Paul said to the officer standing there, “Is it legal for you to whip a Roman citizen who hasn’t even been tried?” knowing full well that it was not. The Roman officer backed down. Paul used Roman law and his rites as a citizen to protect himself.

But later in his letter to the Corinthians, Paul declares that “To have lawsuits at all with one another is already a defeat for you. Why not rather suffer wrong? Why not rather be defrauded?” (1 Corinthians 6:7). Paul basically insinuates that it would be far better for Christians to be taken advantage of or even abused than it would be for Christians to push people further away from Christ by taking them to court.

So, should Nicolas Ortiz sue his former school?

You be the judge.

Christians and the ‘Religious Persecution’ Card

When Christians are mistreated, they have a habit of playing the ‘Religious Persecution’ card.

Sure, there are occasions where religious persecution has genuinely occurred, and Christians have a right to be aggrieved. However, a lot of the time, Christians get attacked for saying or doing stupid, insensitive, or tone-deaf things.

As for the Nicolas Ortiz story, it sure feels like there is more to it than what the lawsuit suggests. Ortiz is made out to be positively saintly — innocently reading his Bible in his free time — only to be beset upon, unprovoked by a group of malevolent bullies.

But is that all that was going on?

Or perhaps Nicolas Ortiz did more than just sit and read his Bible. Maybe he also loved to quote his favorite Bible verse from Leviticus about how homosexuality is (apparently) an abomination to God.

Maybe he tried to evangelize his peers by telling them that Hell awaits those who don’t turn to Jesus?

Could he have been bashing people with his Bible?

Perhaps we will never know.

But let’s imagine for a moment that Nicolas Ortiz is a genuinely innocent party. Let’s imagine that he didn’t wave his Bible in people’s faces, threaten them with Hell, or make derogatory statements about the LGBTIQ community.

Let’s imagine for a moment that all Nicolas Ortiz did was sit and read his Bible in the schoolyard and then indiscriminately and consistently treat people as Jesus would treat people.

Let’s imagine for a moment that Nicolas Ortiz really is a martyr.

I’m still left with a question.

Why would a Bible-believing Christian expect anything other than religious persecution? Jesus Christ himself promised that being a Christian would result in persecution.

Why, in John 15:20, Jesus says it explicitly: “Remember what I told you: ‘A servant is not greater than his master. If they persecuted me, they will persecute you also.”

Call me heartless if you like, but it seems to me that being persecuted is written into the fine print of Christianity by Jesus himself. If you’re not up for some persecution, don’t sign up for Christianity. If you brazenly declare your hand as a person of Christian faith, then you must accept that some people won’t like that. Rightly or wrongly, whipping out your Bible and reading it in public is a provocative action in today’s society.

I am uncomfortable with Christians suing others for delivering exactly what Jesus said was part and parcel of being a Christian. Real Christianity is a counter-culture. Therefore, some people are bound to find it polarizing. Persecution comes with the territory.

I write articles about my Christian faith. Almost without exception, some well-to-do atheist who mistakes their own intolerance as the virtue of superior intelligence leaves me a comment where they call me a fool for believing in a God.

Do I sue them?

Well, that’s between him and God.

I might have sounded a bit indifferent to Ortiz’s plight.

So, I want to make it clear.

Bullying of any kind is not okay. And as for the false allegations of planning a school shooting, I think Ortiz has more right to be aggrieved.

But before a Christian cries “Religious persecution!” and pulls the trigger on a full-blown lawsuit, I think they ought to pause and consider two questions.

Firstly, am I genuinely being persecuted simply for declaring myself to be a follower of Jesus, or am I being persecuted because of something I’ve done or said that was insensitive or stupid?

Secondly, and most importantly, who would Jesus sue? 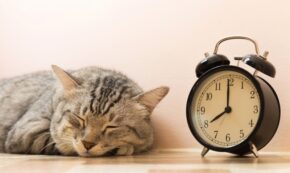