Get Daily Email
Join/Login CLOSE
Home / Featured Content / Why Do I Search for Dead People? 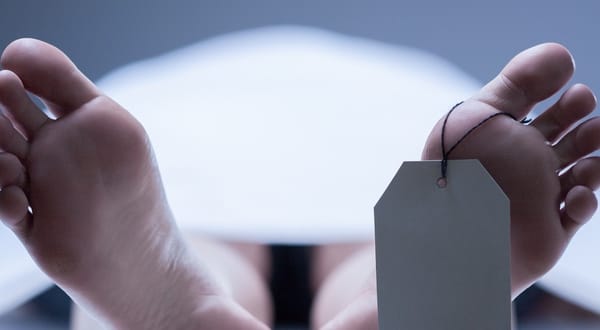 Why do I do this?

Why do I put the time and effort and money into discovering who the people in my past are?

Why do I care about finding people who aren’t directly related to me?

That question hit me the other day as I was sifting through a frustratingly confusing search for my son’s great-grandfather. Why is this so important to me? I think it comes down to three things: story, mysteries, and duty.

I know from looking at passport applications that my great-great-grandfather Johann Carl (JC) Müller came to the United States in 1868. He left Germany on the SS Westphalia around the end of September that year.

My father speculated at some of the reasons. In 1868, the German Confederation was in the middle of igniting the fire that would forge the German Empire. The Austro-Prussian War was barely two years past, and the Franco-Prussian War was looming. Hesse, the Duchy that held Ober-Ingelheim, was leaning toward the North German Confederation. Bismarck’s rise to Chancellor of the Confederation likely cemented JC’s decision to leave Germany so as to avoid military service.

But why the United States? I’ve yet to find any information on connections JC might have had in the U.S. prior to his departure from Germany. That doesn’t preclude the idea of a healthy young man in his early 20s leaving home to seek his fortune; over three-quarters of a million people left Germany for the States in the 1860s alone.

My wife and I took a cruise as part of our honeymoon in 1994. We sailed on one of the newest Carnival ships at the time, the Fantasy. She carries about 2,600 passengers and almost 1,000 crew, displacing over 70,000 tons. We sailed through the Bahamas for several days in lavish comfort. We could eat almost anything at any time of the day or night. The ship never really slept.

Contrast that trip with the journey JC Mueller made in September 1868 aboard the Westphalia. At 4,500 tons, she carried about 900 passengers with a crew of 120, and made at best about 11 knots (the Fantasy made 21 knots). I doubt JC and his fellow passengers enjoyed the same level of service as we did. Their safe arrival was not a given, either. Plenty of passengers died on the trans-Atlantic journey, and more than a few ships didn’t survive the trip either. Westphalia herself suffered three collisions in 14 years.

I’m fascinated by the human side of events, and the emotion behind the facts. Even if I can’t always convey that emotion in my characters, I crave learning about it so I can imagine the apprehension, the concern, the sense of adventure. Jumping on a ship and sailing three thousand miles without knowing what you’re going to do when you get there took a level of courage I’m not sure I possess.

I think too I enjoy the mysteries that crop up. For example, there’s been a family legend for years that my great-grandparents married in Coxsackie, New York in 1872. But no records exist to prove that date or location. An 1883 fire in Coxsackie destroyed most of the city and county records. The state didn’t start keeping records until 1880. My grandparents don’t appear in the 1870 US Census either, as far as my father was able to determine. Other than the fact that his parents were obviously in the US, Dad never found any evidence or record of their arrival.

After Dad died and I took up his genealogical mantle, that search became something of a white whale for me. It started out innocently enough, with just the thought, “Boy, it’d be nice to find what Dad couldn’t.” In the end, my 2009 discovery of JC’s 1889 Passport Application with his included immigration information was almost anti-climactic. I felt almost cheated by how easy it fell into my lap after the time and effort my father had put into the search.

But finding that document didn’t quite satisfy the obsession. I had to find his actual oath, real evidence of the naturalization hearing, so I kept looking, kept hunting. I finally did find that, just yesterday. Included in the 1873 record was his address and occupation at the time. He was a farmer, living in Coxsackie, New York! As I reviewed documents I had saved, I found an index card for his naturalization records that also states he was living in Coxsackie. At this point, there’s more to suggest they were indeed married there, and nothing to suggest they weren’t. It’d be nice to find something concrete, but I think at this point all we can come up with is lots of circumstantial evidence.

So for me, the genealogy bug is about passing on the stories, and solving the mysteries. It’s about learning the unknown and passing on a little bit of history to the next generation.

A Sense of Duty

I asked the “Why?” question over at /r/Genealogy, a friendly and somewhat popular section of Reddit, and there were some great answers. Some people were adoptees, trying to track down biological parents. Others are just fans of history, and picked up what could be called a fun and reasonably-priced hobby.

One user touched on something I hadn’t thought about until they mentioned it.

And I guess some feeling that I should find out about them? I can’t really describe it. I’m not religious – there’s no motivation there. Perhaps it’s a tribal, or fillial feeling of duty?

That really resonated with me, that idea that everyone has some sort of duty or responsibility to carry on the story of their family. I’ve felt that to a large degree. More than a few people in my extended family have died decessit sine prole, and I don’t want their names forgotten. Even if they were the last in their line, they deserve to be remembered.

Perhaps that’s a bigger part of it than I thought. Maybe it’s that I think everyone wants to be remembered, and by doing this thing, this preservation of history, I’m helping people be remembered who might otherwise be forgotten.

Maybe it’s because I’m afraid of being forgotten.

One day last week, I came across a tweet on my #Genealogy feed that looked interesting.

#Genealogy Blogging serves as cousin bait and the ancestor landing pages that run along the top of my blog allow me to summarize what I know about each family or surname. Yes, I have made cousin connections because of these landing pages! Have you tried ancestor landing pgs? pic.twitter.com/A2mdxKN8ZH

I clicked through to Marian’s website and took a look at some of the “ancestor landing pages” she had there. I don’t know that I know enough information about that many family members to create pages like she has. It occurred to me though that I could build similar pages to help ensnare cousins and great-aunts and great-great-uncles who might be researching the Singleback, Diefenbach, and Mueller lines. It’s sometimes called “cousin-baiting,” in that you’re trying to bait your cousins into the “trap” of contacting you.

In the spirit of cousin-baiting, I’ve started creating some Genealogy Profiles for certain people in my family tree. They’re done as blog posts for now under the Genealogy tag, although I’m wondering about creating them as pages, too. I feel like have to walk a fine line here, though. This is my writing blog, and I’m not sure how much my reader(s) want to know about my family history search. I’m sure you’ll let me know if you don’t like it though.

One thing I’ve noticed about writing these profiles is that it forces me to reexamine the data I have, and to make sure the information I’m putting out actually makes sense. Even if I don’t find any cousins this way, that data validation review is a good thing.

If you think you’re related, by all means, please check out my genealogy site. I run it using The Next Generation of Genealogy Sitebuilding, known as TNG.

Do you work on your family’s genealogy? What drives you to do it? What keeps you chipping away at those brick walls? Let me know in the comments.

Don’t forget to sign up for my newsletter, and subscribe to the blog via the link in the right sidebar so you never miss an update. You can also add my RSS feed to your favorite reader. As always, social media shares are appreciated.
—