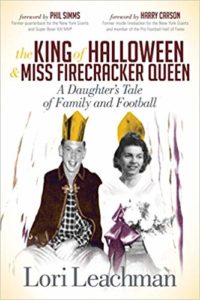 I get 20 books a week. I always read the first page. And then, sadly, another book goes into the Goodwill bag.

This book arrived last week. This is how it starts.

My daddy was a small town country boy with a ticket to the big time called football. My momma was a debutante wanna-be who spent a meaningful part of her formative years in an orphanage and ‘foster’ homes. They met in the fall of 1955 on the campus of the University of Tennessee where he was a collegiate football player and she was, as I like to say, Miss Firecracker Queen, voted the best body by one fraternity or another; a contest you could only hold in the days before political correctness and fake boobs.

The story of their meeting goes something like this. Momma was with a date at the Fall Football Banquet when she spotted my daddy. She took one look at his handsome face and thick head of brown hair and felt an electric current pulse through her body. She knew they had to meet, so she worked her way into his vision, and then, into his personal space.

“Hello,” she said, cocking her head to the side and gracing him with her most coquettish smile. They chatted and she offered him her number.

Whereupon he asked, in his rich southern drawl, “Baby, how old are you?”

He stepped back, looked her up and down, and said, “Darlin,’ I don’t date anybody who’s not eighteen. Call me when you grow up.”

Since it was the week before Thanksgiving, Momma was not worried. Her birthday was November 27, two weeks away. Thanksgiving break came and went, and with it, her passage into adulthood.

Once back on campus in December, Momma ‘arranged’ to run into my father. Thus began their whirlwind courtship. Although Daddy had a long-time girlfriend from home Gwen, Momma was not the least bit worried. She knew that she had the goods, and that Gwen did not stand a chance. As she revealed at Daddy’s death decades later, she chose him, and that was that.

By the Christmas holiday break, Momma and Daddy were an item. So Momma sent Daddy home with a mission: break up with Gwen. And he did. This act unsettled the entire community. In Cartersville, Georgia, Daddy was the small town boy that made good while Gwen was the daughter of a local lawyer, one of the richest men in town. Dad and Gwen had been the perfect small town, Southern couple; she was rich, and he had talent. They had been going steady for roughly five years, and everyone figured Daddy would marry Gwen right after college. The breakup changed everything. It meant he would not be coming home.

Instead, he married Paula Charlotte (pronounced Shah lot’) in a small private ceremony administered by the local Justice of the Peace in Nowheresville, Tennessee. The marriage took place over Easter break, with parents and extended family being informed after the fact. There was no honeymoon. They returned to school, Daddy graduated with a degree in History, and Momma dropped out.

You better believe I read every word of “The King of Halloween and Miss Firecracker Queen: A Daughter’s Tale of Family and Football” — non-stop. It’s pure unvarnished story telling, written as if Lori Leachman never intended for anyone outside her family to read it. But that ingenuousness is impossible: Lori Leachman, PhD. is a professor of economics at Duke University. She has frequently published in academic journals. In 2003, she won the Howard D. Johnson Teaching Award at Duke.

Why the candor? Because “The King of Halloween and Miss Firecracker Queen” is, at 197 pages, three books in one. The first is the football life of her father, Lamar Leachman. He looked like a god: “6’2” tall and built like a professional body builder from the waist up.” He starred at the University of Tennessee, played offense and defense in the Cotton Bowl, and was the last draft pick in the NFL draft in 1952. When his playing career ended, he became a coach, rising steadily until he was the defensive coach for the New York Giants in the year they won the Super Bowl. The second book is the family story, a warmly told account of growing up female in a male-dominated world: work, discipline, romance (remarkably candid accounts of youthful sex), career. And the third — the ultimate rationale of the book — is the price her father and his family paid for his life in football: Chronic traumatic Encephalopathy (CTE). If you are the parent of a child who plays football, this section alone is the reason to read this book. [To buy the paperback from Amazon, click here. For the Kindle edition, click here.]

Yes, in the end, you feel an immense sadness. “What had lifted him up, and beyond an ordinary life, was killing him — this was the price for his large life.” But along the way, a raucous, passionate ride for everyone in his orbit. I think the word I’m looking for is “inspiring.”

This article originally appeared on The Head Butler