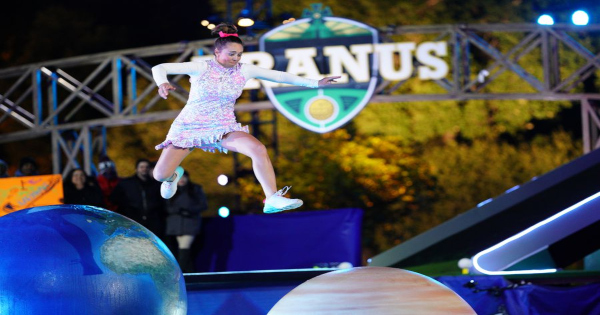 Last time on Holey Moley, we saw another round of players take this game on. While the competition moved along, a few famous faces showed up to cheer a player on. One even went up to the booth to commentate on the final hole of the game. As this episode came to an end, another player was crowned champion. Watch as more players take these courses on in ‘Don’t Attempt This in Clogs’. I was able to watch a screener of this episode and here is what I thought of it. 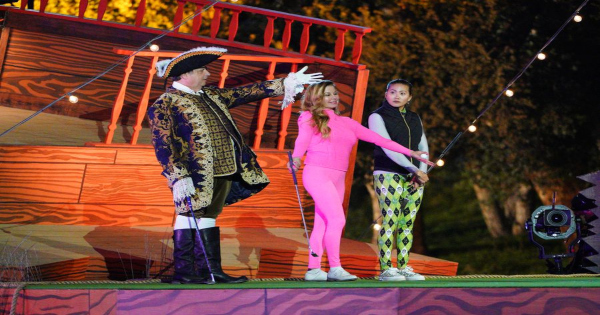 You can read the premise for ‘Don’t Attempt This in Clogs’ here:

This week on the “Holey Moley” course, two Texans take on Uranus while Rob silently observes; and it’s a battle of the pros when, with the help of Long Jon Lovitz, a professional golfer and golf instructor face off on Putt the Plank. Then, a “hardcore mini golfer” and motivational speaker zoom through Polcano, and a college student squares off against a golf clothing designer at Beaver Creek. Later, the heat turns up as semifinalists go head-to head on Dragon’s Breath and Double Dutch Courage, sending two finalists to this week’s portable final hole, Hole Number Two, where they’ll tee off to earn a spot in the grand finale and the chance to putt for $250K. 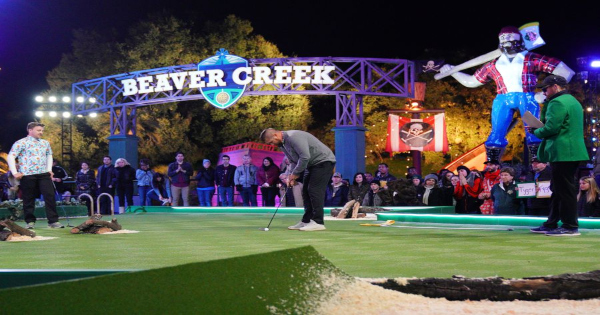 The players face some intense courses on ‘Don’t Attempt This in Clogs’. They face some tough challenges, but some of them do well enough to move to the next round. One player has a tough time on a course where they can’t take the heat that well. As this episode comes to a close, the next player gets crowned champion and earns a chance to come back for the season finale. If you want to learn more about Holey Moley click on this website. 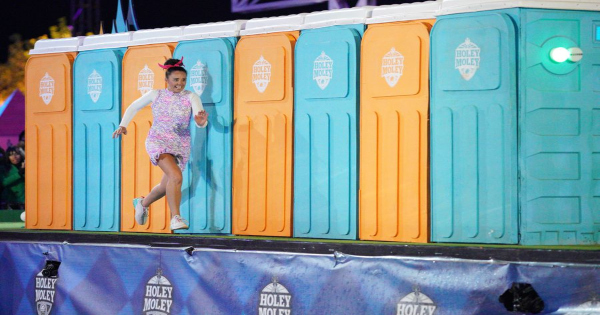