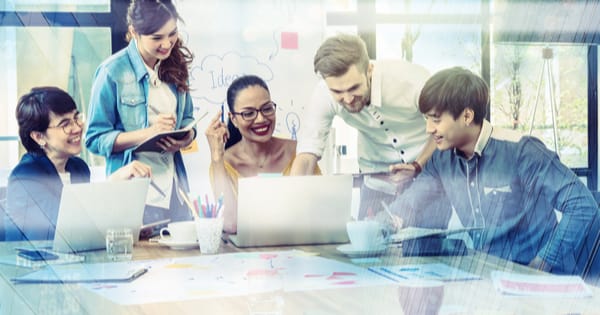 With a GDP of $496.7 billion in 2018, Thailand is the second biggest economy in Southeast Asia. At the present time, the main industry in the country is automobile production with Thailand outputting around two million vehicles per year, making it the largest car producer in Southeast Asia. The export value is reported to be approximately $23 billion. The financial services, electronics, and tourism industries are also significant in Thailand, with top trading partners being China, the US, Japan, Vietnam, and Hong Kong. Thailand has been a member of the WTO (World Trade Organisation) since 1995 and shipped $249 billion of products globally in 2018.

In 2016 the Thai government created “Thailand 4.0” which is an economic model with a focus on technology-centered business. The recent launch of 4.0 aims to promote innovation and creativity and take Thailand to a country with high-income status by tackling the following areas; economic prosperity, social well-being, raising human values and environmental protection. “Thailand 4.0” follows on from previous economic models (1.0, 2.0 and 3.0) which focussed on agriculture, light industry, and advanced industry. The success of “Thailand 4.0”, the fourth industrial revolution, will in part be reliant on a booming SME sector to underpin the transformation of the bigger industries.

Of a population of 68 million, approximately 10 million workers are currently employed in the SME sector. This segment of the economy comprises almost 3 million individual businesses. SME businesses contribute 36% to Thailand’s GDP and the government aims are to increase this to 50% by 2025. Business transformation programmes have recently been launched to assist SMEs with embracing new technology and embarking on a digital journey.

A study carried out in 2017 by the Asia IoT (Internet of Things) found that of the South-eastern countries surveyed, Thai companies were the most likely to explore and implement IoT solutions (89% of Thai companies compared with only 79% of Vietnamese). Companies such as Phuket Web Design, a digital web, and e-commerce agency, are committed to not only assisting Thai businesses with their web and digital presence but to also expanding their client base overseas. With their clients trading in a variety of sectors including travel and tourism, education, manufacturing, and financial services, the agency is playing its part in helping to transform the Thai economy. In 2018, Thai e-commerce value grew by 14% and it is expected to reach 20% by the end of 2019.

In 2018, according to the latest figures released by the National Economic and Social Development Council (NESDC), the Thai economy grew by 4.1% (but with a slower growth rate in the fourth quarter). Predictions for 2019 are between 3.5% and 4.5%. With up-coming domestic elections and an unstable political environment, foreign trade may take a hit and thus the growth will predominantly be driven by domestic spending and tourism.

Thailand’s fourth industrial revolution is an ambitious plan. If it wants to leave the middle-income trap and become a truly competitive international player the success of SMEs, in all sectors of the economy, is crucial. Success will depend not only on the digital revolution continuing but also on ironing out government inefficiencies and corruption as well as investing in research and development and in the education of its workforce.