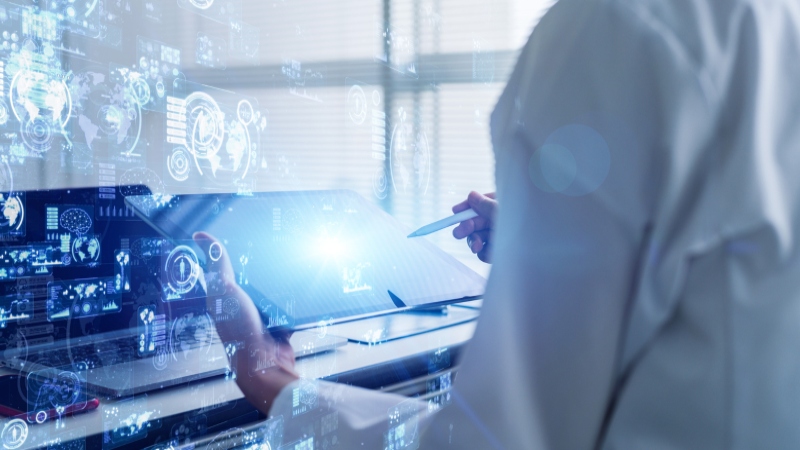 In covid-19, neoliberal capitalism has met a formidable foe. The pandemic has shown just how fragile and dysfunctional the market/state order — as a production apparatus, ideology, and culture — truly is. Countless market sectors are now more or less collapsing with a highly uncertain future ahead. With a few notable exceptions, government responses to the virus range from ineffectual to self-serving to clownish.

While politicians clearly hope that massive government bailouts will restore the economy, it’s important to recognize that this is not just a financial crisis; it’s a social and political crisis as well. Many legacy market systems – generously subsidized and propped up by state power – are not really trusted or loved by people. Do Americans really want to give $17 billion to scandal-ridden Boeing while letting the post office go bankrupt? It is too early to declare that the old forms will never return, and we do need to remember that the authoritarian option is dangerously close. But it is clear that the future will have a very different pattern.

To me, one thing is obvious: searching for the rudiments of a New Order should be our top priority once emergency needs are taken care of. We need to identify and cultivate new patterns of peer provisioning and place-based governance, especially at the local and regional levels. We need new types of infrastructures and new narratives that understand the practical need for open-source civic and economic engagement.

This is not only necessary to help us deal with climate change and inequality; it is a preemptive necessity for fortifying democracy itself. Reactionary forces are already poised to try to restore a pre-pandemic “normal.” “Prepare for the Ultimate Gaslighting,” writes filmmaker Julio Vincent Gambuto in a wonderful essay on Medium.

Gambuto astutely predicts that corporate America, the White House, and the rest of capitalist establishment will soon mount a massive marketing campaign to minimize the realities we’re now experiencing and rebrand the American Dream as back:

Get ready, my friends. What is about to be unleashed on American society will be the greatest campaign ever created to get you to feel normal again. It will come from brands, it will come from government, it will even come from each other, and it will come from the left and from the right. We will do anything, spend anything, believe anything, just so we can take away how horribly uncomfortable all this feels.

And on top of that, just to turn the screw that much more, will be the one effort that’s even greater: the all-out blitz to make you believe you never saw what you saw. The air wasn’t really cleaner; those images were fake. The hospitals weren’t really a war one; those stories were hyperbole. The numbers were not that high; the press is lying. You didn’t see people in masks standing in the rain risking their lives to vote. Not in America…. But you did. You are not crazy, my friends. And so we are about to be gaslit in a truly unprecedented way.

Put another way, economists Samuel Bowles and Wendy Carlin foresee what they call “the coming battle for the COVID-19 narrative.” In a paper by that title on Vox CEPR Policy Portal, Bowles and Carlin declare the coronavirus to be “a blow to self-interest as a value orientation and laissez-faire as a policy paradigm, both already reeling amid mounting public concerns about climate change.”

They predict that a struggle will soon be underway to lock in the political and economic lessons of the pandemic. There will be a big push for a state-friendly, capitalist-affirming narrative, of course. But that frame will narrow the debate to familiar binary choice of “liberal” vs. “conservative” policy, subtly foreclosing consideration of larger structural reforms or a paradigm shift. We will need only ask ourselves, Do we want a bigger, more active government or free markets (sic)?

Fortunately, the pandemic supplies plentiful evidence to support a more ambitious, breakthrough agenda. The Commons Sector and all sorts of alt-economy approaches, long hovering on the progressive fringe, are now bursting out into mainstream view. Makerspaces have stepped up to make personal protective equipment using 3D printers. The City of Amsterdam has embraced Kate Raworth’s “Doughnut Economics” framework. All sorts of localized commons – for food, social support, emergency responses, etc. – are flourishing through people-powered ingenuity and goodwill. Thanks to the pandemic, once-fringe ideas (universal basic income, wealth taxes, relocalizing supply chains) are seen as practical if not essential options.

Bowles and Carlin argue that the pandemic calls into question the very language of economics and public policy. It is now clear that neither market contracts nor government edicts are capable of solving this and future pandemics. In addition, they argue, a “market vs. state” framing of future possibilities fails to acknowledge what the pandemic is showing — “the contribution of social norms and of institutions that are neither government nor markets – like families, relationships within firms, and community organisations.”

For example, 750,000 ordinary Brits volunteered to help the National Health Service in dealing with the pandemic (only 250,000 could be practically put to work). Among South Koreans, there was a huge outpouring of social cooperation to get tested for the virus. One might also add to these examples the remarkable mutual aid projects that have spontaneously arisen worldwide, as chronicled by George Monbiot in The Guardian.

The pandemic has demonstrated that old systems are broken (and were always broken). But many people, including progressives and political parties, are still not willing to recognize this reality. They can’t quite admit that new institutional forms and social behaviors are entirely possible on a systemic, ongoing basis.

Rather than backslide into the old, familiar ideological mindsets, it’s vital that we stride into the new spaces that have opened up! If you look carefully to the outskirts of mainstream politics and policy – to the many “new economy” experiments underway – you can see the lineaments of a new order. There is a huge constellation of promising experiments and proven archetypes. What they share in common beyond non-capitalist organizational forms is their invisibility on MSNBC, CNN, and among many progressive NGOs.

It’s hard to acknowledge that bottom-up social energies can and do work, that there are developed alternatives awaiting expansion and refinement. These models don’t resemble markets or bureaucracies, however, which is surely one reason they have been marginalized. They are emergent, situation-based social phenomena. They can’t be strictly controlled from the top-down, which may be why traditional power centers are so wary of them. They have a quasi-sovereignty of their own that stems from being grounded in a geography, with real grassroots players, who work together as a living, peer-organized, evolving force. This is precisely why they can accomplish so much serious work so quickly and flexibly, as pandemic mutual-aid initiatives have shown.

As renegade economists, Bowles and Carlin appreciate the limits of markets and the state:

Neither government officials nor private owners and managers of firms know enough to write incentive-based enforceable contracts or government fiats to implement optimal social distancing, surveillance, or deployment of resources to the health sector, including to vaccine development….

[N]on-governmental and nonmarket solutions may actually contribute to mitigating problems that are poorly addressed by contract or fiat. The behavioral economics revolution makes it clear that people – far from the individualistic and amoral representation in conventional economics – are capable of extraordinary levels of cooperation based on ethical values and other regarded preferences.

Bowles and Carlin don’t really explore HOW to foster new forms of collective social action, however, or what specific ones ought to be embraced. Perhaps they are not so familiar with the world of commoning and the impressive variety of “new economy” projects.

It is precisely this cohort of players who hold answers for the future. I’m talking about people who are pioneering the relocalization of food and place-based markets, new types of cooperatives, platform cooperatives in digital spaces, non-capitalist forms of finance, degrowth strategies, digital peer production, globally shared design (open source style) used to manufacture locally, agroecology and permaculture, urban commons, and countless other projects that point beyond capitalism and state bureaucracy.

A rare historical moment has opened up new possibilities. We can’t let it be wasted. We need to support an aggressive surge of institutional innovation, relationship-building and meme-spreading along with the development of new grand narratives and collaborative strategies. In a future post, I will look at some of the intriguing new institutional forms that are emerging in specific sectors.

Previously published on p2pfoundation.net and is republished here under a Creative Commons license.
—