Get Daily Email
Join/Login CLOSE
Home / Divorce / From Academic to Advocate: On Becoming a Divorce Lawyer (With Heart) 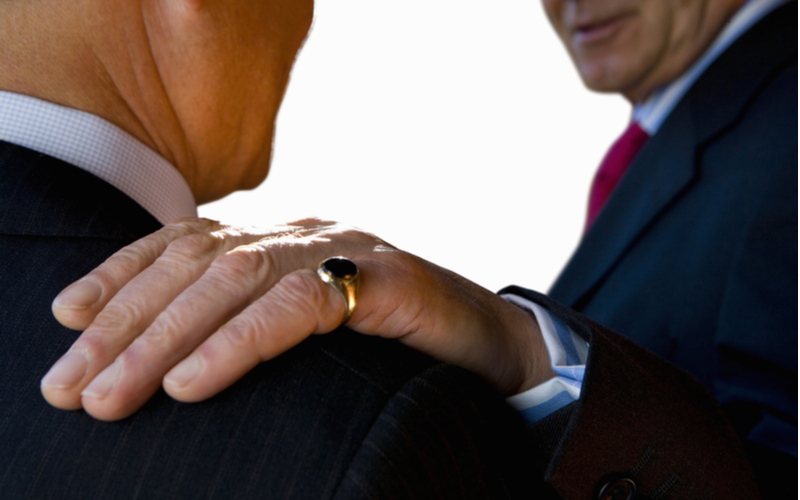 When my daughter was born, my DNA changed. Her mom had a C-section, which meant I had the first two hours of my daughter’s life outside the womb alone with just my daughter in the nursery. Her mom had had those 9 months in utero to bond with her, but for me, those first precious few hours cemented that she was the one for me . . .  Only 18 months later her mother and I split up.

I had spent the better part of my adult life chasing a doctoral degree at Berkeley—and earning a law degree–working at the Los Alamos National Laboratory. After earning my degree, I landed a “dream job” as an LSU professor for a disaster management think tank funded by Hurricane Katrina donor dollars. The job started in August 2008; shortly thereafter Hurricane Gustav missed New Orleans and slammed Baton Rouge. Because I had just started my job and my daughter hadn’t been born yet (she was born in September 2008), I was in Louisiana doing research when the storm came. The storm itself was a metaphor for how I felt—having a partner but unmarried and about to be a father at 35 years old (not young like my parents were when they started a family) right at that moment when all of the professional goals I had made were coming to fruition (but far away from home).

Although Gustav was a disaster for the people of Louisiana, the fallout from it helped me because it temporarily eliminated any chance of me being relocated permanently to Baton Rouge.  I returned to California for my daughter’s birth and worked from home for the first 18 months of her life, blessed by an opportunity most men never receive.

My profession changed once again as LSU gave me an ultimatum–either move to Baton Rouge or leave LSU. Unfortunately, her mother and I parted ways at that time and she wasn’t going to move from California to Louisiana. There was no soul searching required on my end. I didn’t know much about being a lawyer, but I was not leaving my daughter under any circumstances.  I started my own practice. Building a business is stressful, but it’s nothing compared to the stress of a custody battle. I wanted a 50-50 custody timeshare; she did not want me to have overnight visits. She hired the toughest, meanest lawyer in town. I represented myself. It was a disaster for me – or at least it felt like a disaster. On the witness stand when asked what I was going to do for work, I said I was going to be a “family lawyer” (tongue in cheek).

When I opened my doors, I wanted to be the type of lawyer who helps dads in custody battles, because I did not want them to go through what I was going through.  I feel that the idea of a “primary caregiver” is outdated in most two-income families. My deep disappointment and frustration with the family court system grew as I saw my time reduced to a miserable 20% visitation during the first seven months after we separated. I saved money and hired the second meanest lawyer in town and prepared for a co-parenting-destroying custody battle, complete with accusations of everything you can think of—and some you probably can’t. But my ex’s father died, and his death saved us from that war. My ex remembered how important her father was to her and we sat down together in a Starbucks and made our “Historic Starbucks Accord”, setting forth a custody and visitation schedule, and an agreeable child support amount. Since then we have lovingly shared our daughter between us, through remarriages and moves and depressions and anxieties of both youth (our daughter’s) and parenting (us, our parents).

I have gradually come to see that, especially in family law, attorneys should leave people better off than when we met them. This means that, although at times I must be a streetfighter for my clients, peacemaking is best in many circumstances.

This doesn’t mean I am giving up divorce litigation – which I really enjoy – in favor of divorce mediation. I am strongly opposed to divorce mediation in its current form (where two unrepresented parties meet with a neutral mediator and try to figure out what is “fair”). However, there are fights worth having and fights not worth having; the lawyer should always be distinguishing them for you.

It took a long way for me to get there. I was angry and hurt and frustrated when I hung the shingle. I wanted to stage a revolution on behalf of all wronged fathers and to make the arguments for other men that I had not made for myself. I wanted every dad to have the 50-50 custody that I did not originally get.  However, over time I also realized that I was not the best advocate when I was angry or frustrated or hurt, but that as I represented moms and children also and began to see the larger picture as my own daughter grew up and as I grew closer with my stepchildren, I see that a divorce lawyer needs to have a heart. I am always counseling younger lawyers who ask me for advice to “Be Human.” I want them to remember that this is a human discipline and people are suffering the worst moments of their entire lives while they know us.

I took a circuitous route to get here. My practice as a divorce lawyer has changed over the years, as I have changed. I became a Certified Family Law Specialist, certified by the State Bar of California in 2015. I have handled approximately 1,000 cases in the last 12 years. I think a good deal of my own personal agenda as a divorce lawyer has changed as my daughter has grown up and I have internalized what parents of adult children know – parenthood is a long road. This has made me a better advocate for my clients than I ever was as a street fighter with an agenda to save all dads who had gotten the shaft.

To close, I urge lawyers and family law litigants to remember to “be human” in their cases. Being human does not mean being a doormat who gets taken advantage of, but you would be surprised what a kind word (“you always have been such a great mother”; “the kids really love their dad”; or “I’m sorry I hurt you”) will do to resolve a case, often very favorably. Settle your case quickly and fairly and be done with the name-calling and hurt-throwing as quickly as possible. Stand your ground on the legal issues, but be prepared to show mercy. It is 100% of the time better to give your spouse an extra $10,000 than it is to pay that to your lawyer.

M. Jude Egan is a certified Family Law Specialist in California and certified by the State Bar of California, Board of Legal Specialization. He has published internationally in peer reviewed legal, trade and academic journals. He has taught disaster law, business law and federal and state entitlements at the Louisiana State University, E.J. Ourso College of Business. His website is JudeEgan.com