Get Daily Email
Join/Login CLOSE
Home / Environment / Natural Climate Solutions Are the Future, and Indigenous Rights Are Key to Their Success 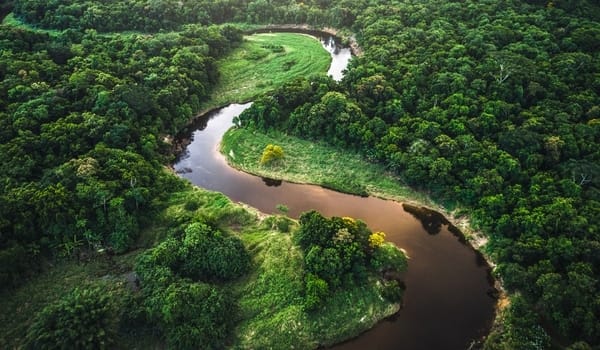 —
This summer, record high temperatures around the world focused people’s attention on climate change. In California, Australia, and elsewhere, intense wildfires have had a similar effect. But if we have any hope of curtailing climate change, we must remember that these alarming flashpoints are part of a larger, systemic problem—one that threatens life as we know it, and that doesn’t recede when the seasons change or the flames of one fire go out. A problem this big will require serious steps by every part of society: including all levels of government, businesses, communities, faith leaders, citizens, and indigenous tribes.

With that in mind, and the wildfires still smoldering, this week California Governor Jerry Brown is hosting a wide range of groups from around the world for the Global Climate Action Summit in San Francisco. The summit is likely to be the most important climate event of the year, presenting the greatest opportunity to raise public awareness and catalyze global action. It will feature hundreds of events and see tens of thousands of people take to the streets —as well as the announcement of major new commitments to fight climate change.

A lot of the attention at the summit will be on the fundamental problem of eliminating fossil fuels and transitioning to renewable energy. But energy alone is not enough, and the energy transition will take time. Over the next few decades, many of the best opportunities to slow climate change will be natural solutions—like reducing deforestation and degradation, reforestation, and improving agricultural practices.

After decades of disappointing progress—compounded by decisions like that of the United States to pull out of the Paris Agreement—experts now say that stopping more carbon from going into the atmosphere won’t be enough. To keep temperatures from rising more than two degrees (the amount scientists have identified as the limit for avoiding increased and even catastrophic risk), we will have to go further, and actively pull carbon out of the atmosphere.

This has led to a lot of talk about new techniques for capturing carbon in the atmosphere and storing it. But while finding a magical new technology to solve the problem might sound appealing, it’s still little more than wishful thinking. The bottom line is that there is only one proven, cost-effective means to suck carbon from the air, one that also happens to be familiar, and ancient: trees.

Right now, trees already remove one-third of all carbon emissions going into the atmosphere. Without them, climate change would already be much worse than it is. Looking forward, better management of our forests and other lands is one of the best ways we have to keep emissions lower than they would otherwise be. As Nature4Climate, a campaign from a coalition of organizations working to bring attention to nature as a climate solution, has powerfully explained it: Emissions from forest loss and bad agricultural practices currently represent some 25 percent of the problem, and managing those resources better could provide more than 30 percent of the solution. But they make up only a tiny part of the conversation about climate change, and the funding being put toward halting it. Those numbers underscore a profound opportunity.

So how can we ensure that large numbers of existing and new trees are able to reduce emissions and suck up more carbon? One important answer is to give indigenous peoples and traditional communities greater rights to the forests where they live. Numerous studies, like this one from the World Resources Institute, show that when communities have such rights, as well as incentives to support and manage their lands, much less forest is lost—with the result being much lower emissions.

Despite that, communities struggle to get land titles. Right now, companies find it much easier to secure land rights than do the communities who have been there for generations. Turning that situation around would be a major climate solution that benefits the whole world—and one that would address a stubborn area of inequality, the mistreatment of native communities.

Indigenous peoples and traditional communities are also important for controlling wildfires. They manage hundreds of millions of hectares of forests, and are the people on the ground who can make fire breaks, set controlled fires, and detect early warning signs. It is no coincidence that while the understaffed national parks of Peten, Guatemala have been burning out of control, nearby community managed forests have had practically no wildfires.

In many parts of the world, indigenous peoples have managed wildfires well for hundreds of years, developing a deep understanding of such incidents in the process. Anthropologists recognized this relationship long ago and have studied it for decades, and today government park services and fire departments are also catching on. In California, Canada, Guatemala, Brazil, and Australia, governments are increasingly recognizing the importance of partnering with indigenous and traditional communities when it comes to managing fire.

Making an impact in San Francisco

Indigenous and forest community leaders will be highly visible and active at the California Climate Summit. Before the summit, dozens of indigenous leaders from fifteen countries in different regions met in the Yurok territory in Northern California, to share experiences and strategize about collaborations. The meeting location was deliberate: The leaders were inspired by the Yurok’s successful efforts to manage their territory and fight climate change, in partnership with the State of California.

The journey to the Yurok territory will serve as a springboard for major indigenous participation in the summit activities themselves—including speeches, meeting, marches, and cultural and spiritual events. You can follow these activities every day on Twitter at @GuardianesBos and the hashtag #GuardiansOfTheForest.

Foundations and governments will also present new initiatives aimed at supporting indigenous and community climate efforts. For example, governors from almost 40 states and provinces representing the Governors’ Climate and Forest Task Force will highlight their partnerships with indigenous peoples and local communities and plan for closer collaboration, including the partnership between the Yuroks and the State of California. (Read a new report from the GCF Task Force: How Unexpected Partnerships Between Indigenous Peoples and State and Provincial Governments are Delivering for Communities, Conservation, and Climate.)

The summit is a moment to join forces and create momentum toward much-needed—and seriously overdue—progress, not only on energy, but on other climate issues. It is also a precious chance to learn from the Guardians of the Forests. To emerge from this age of blistering heat and blazing infernos, we can look to the wisdom of their ancestors to help us change. And in our efforts to tackle the climate crisis, all of us, indigenous and not, might take to heart what we’ve learned from our ancestors in the past and what we hope for our descendants in the future—and the responsibility all of us have, throughout the ages and the world, to take action in the present.

This post was previously published on www.fordfoundation.org and is republished here with permission from the author.
—
—