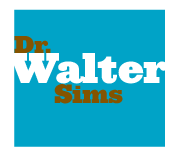 Think a father in the house is irrelevant? Think again. Whenever Father’s Day comes around we question what it means to be a father. The array of cards attest to the fact that fathers and dads come in many forms. It is important to know that no matter the form, having a father figure in the home or in the lives of children is important.

The definition of father is the male parent, but a father is so much more than a sperm donor, the other half of a contribution to a new human being. A father should be the individual who provides unconditional love to a son or daughter or even someone who is thought of as a son or daughter. A father in the home or involved in their child’s life plays an important part as a role model for family interaction. Often the actions that are learned and stored in the subconscious of the child emerges as actions taken in the adult world. Research has shown that when fathers are involved, children:

• Are more likely to be employed and stable.

• Are less likely to be involved in risky social behavior like drug abuse.

• Are more likely to have healthy self-esteem and exhibit empathy.

Whether you call him father or dad, a man in a child’s life has the ability to make a positive impact. Joseph, the father of Jesus, is an example to follow. According to the Bible, he was a righteous and kind man; the loving earthly father that was a perfect role model for Jesus. All fathers could learn to be more like Joseph, teaching their children to be loving and responsible adults.

Many times the role of the father in the home is downplayed. But fathers are not just placeholders in the family, their presence in the home plays a critical role. Fathers abandoning their children has a lasting, even generational effect on the children. It is important for fathers to stay involved and maintain loving supportive relationships with their children. The role of father can’t be over stated and fathers should never be overlooked or taken for granted.

Proverbs 4:11 – 13 says of a father, “I guide you in the way of wisdom and lead you along straight paths, When you walk, your steps will not be hampered; when you run, you will not stumble. Hold onto this instruction, do not let it go: guard it well for it is your life.

Are you wondering if you are making a positive impact as a father or even as a father figure to someone, don’t hesitate to contact me if you are feeling unsure.

I am The Minister of Motivation. I am a professional speaker, a spiritual, mental toughness, and relationship coach. I am also an award-winning author.

You can connect with Dr. Sims on his WEBSITE.

Facebook39TweetPinEmail1Shares40
wpDiscuz
0
0
Would love your thoughts, please comment.x
()
x
| Reply
Share this ArticleLike this article? Email it to a friend!
Email sent!