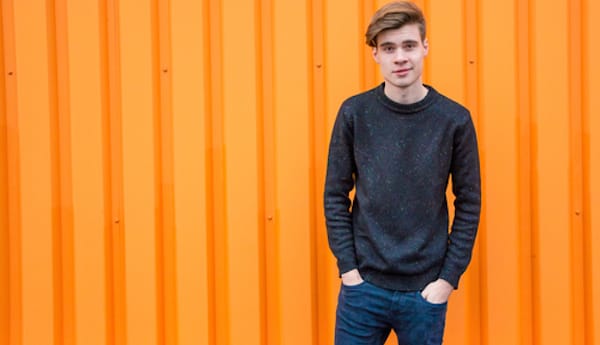 When it comes to teen parents, teen moms often receive more attention than teen dads. Teenage fathers are often depicted as hit-and-run artists who are only out to sow their wild oats before disappearing and leaving the teen mom to cope on her own. They are considered irresponsible, uncaring and too immature to deal with the serious business of raising a child. This view isn’t too far from how people view fathers in general, yet most of us are okay with looking down at teen fathers.

As a result, many teen dads aren’t even factored into the situation. They’re locked out of the conversation without being given a chance to voice their opinions. To compound matters further, the girl’s family, as well as a huge chunk of society, often blame the young man for ruining the girl’s life and reject them, treating the teen father as another headache to deal with.

I admit that there is a certain amount of teens who find fatherhood thrust upon them and opt to take off, abandoning their responsibilities. However, this is much less common than people think. In most cases, teen dads are often willing to step up and be there for their partner and offspring, they just don’t know how to go about it.

A study coordinated by the Bank Street College of Education in New York City, offered counseling, vocational and parenting classes to more than 300 teen dads and prospective fathers in different U.S cities. At the end of the program, 90% of these young men still maintained a relationship with the mother of their child while 82% had daily contact with their kids and almost 75% contributed financial support.

This shows that given a chance, many teen dads are eager to participate in parenting their children. We need to support, not shame them.

Additionally, a large percentage of teen fathers are at-risk teens themselves. They often come from broken families, without a solid father figure. Once they become fathers, those who want to do the right thing often end up struggling and thrown out of their homes with little means to support themselves. They usually drop out of school and take on low-paying jobs which goes on to affect their future prospects and that of their budding new family.

Data shows that approximately 180,000 teen boys become fathers annually in the U.S, most aged 19 and below. Imagine if we decided to help them become the best fathers they can be— what impact would that have on society?

What if instead of blindly believing the stereotype that they are just uncaring louts out for a random hookup, we decided to give them a chance to prove otherwise?

There’s no doubt that fathers play an important role in their kid’s lives. Giving teen dads the support they need through programs that help prepare them to take on the responsibilities of fatherhood, teaching them parenting skills and supporting them to complete their educational and vocational goals might have a better outcome for society. At the very least, these young men will go on to serve as positive role models for their kids—something we desperately need.

Maybe if we gave teen dads the opportunity to step up, they might just surprise us.

Tyler Jacobson is a freelance writer, with past experience in content writing and outreach for parent and teen advocate organizations. His areas of focus include: parenting, education, social media, addiction, and issues facing teenagers today.