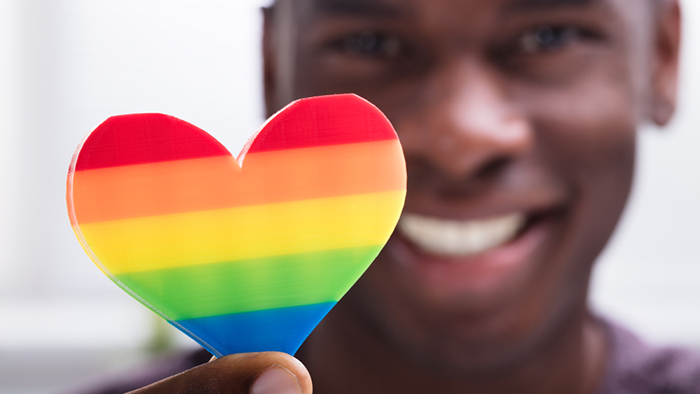 What does it mean to act gay? What does it mean to ‘act gay’? Nothing. These guys defy stereotypes by simply being human. The idea of all gay men being flamboyant and effeminate is simply not the case, and it’s time to put it to rest. It’s a ridiculous reflection of our culture that living as a “masculine” gay man causes some people to assume a man is not gay because of it. Gender is not sexuality. Love is love. And human is human.

Read on for all of the honest confessions.

1) “I hate stereotypes. I’m 6’3, I play football, most of my friends are guys, and I’m gay. And no I don’t want to hookup with all fo them all the time. Whenever someone finds out, they tell me I’m not gay. 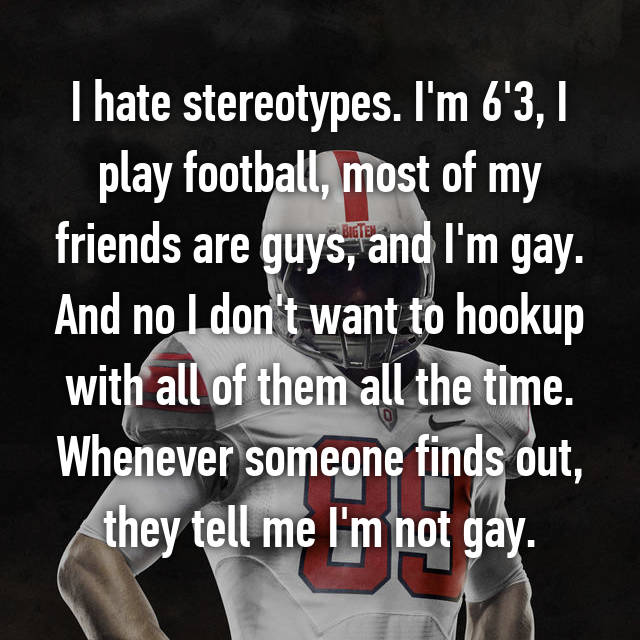 2) Not all gay people are super fabulous with a good sense fo style. I’m gay and I dress terribly but I don’t mind it much. I feel like I’m held to a higher standard because of this stereotype but I just don’t meet it. 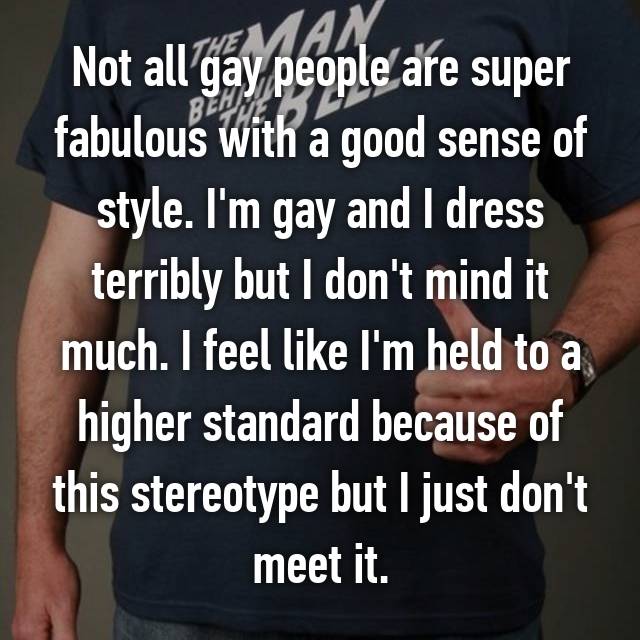 3) I hate when women find out I’m gay and make comments like “omg we need to go shopping” or “let’s go to a gay bar”. There is more to me than the stereotype of my sexuality. 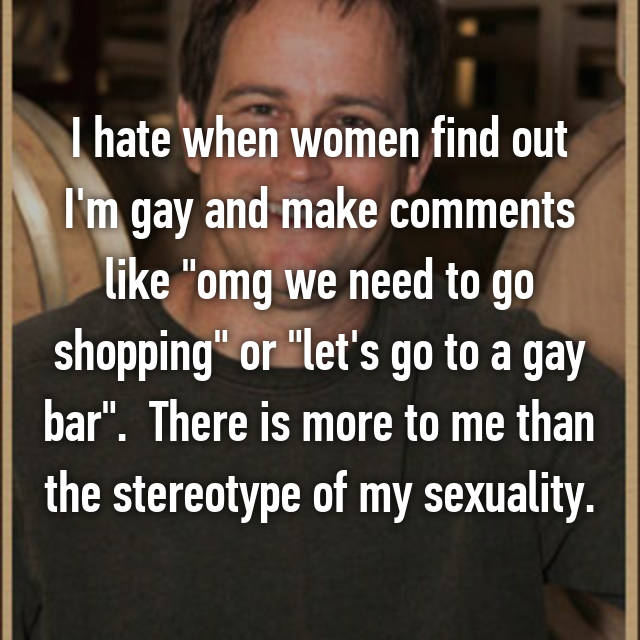 4.) I’m gay but I like to be in the woods, hike mountains, and smoke a lot of pot. Stereotypes are stupid! 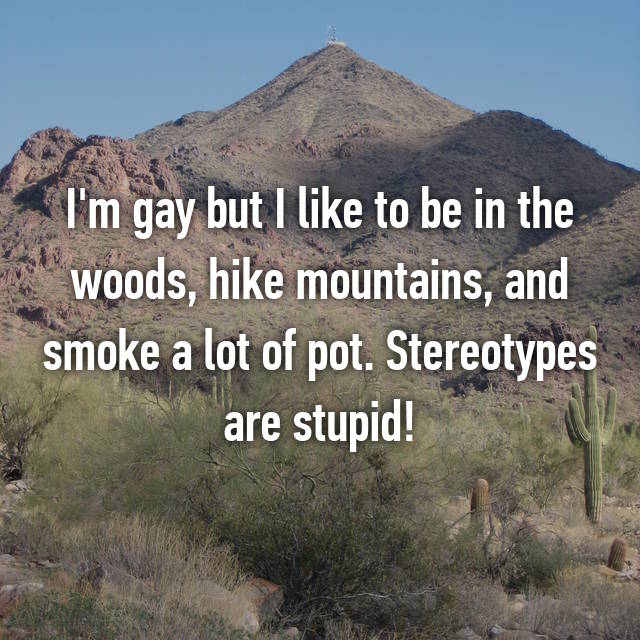 5) I’m gay but I have no female friends. Not because I haven’t tried, I just don’t have a lot in common with the ones I’ve met. So much for stereotypes. 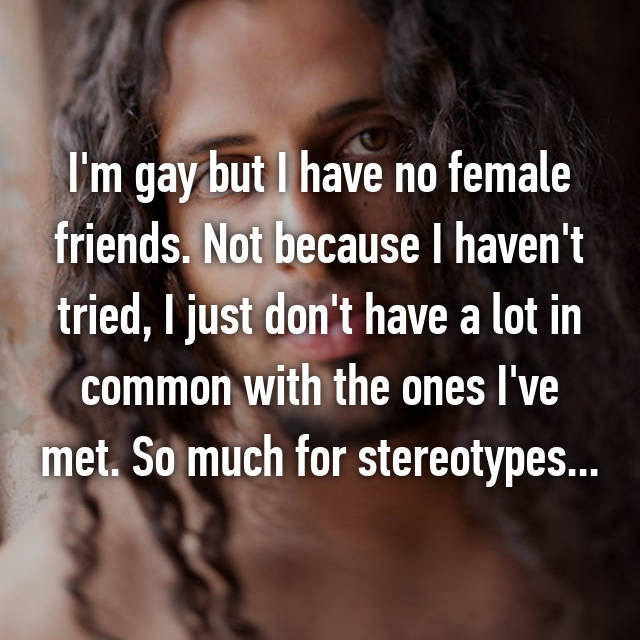 6) I’m gay but I’m nowhere near the polished and clean stereotype. I eat too much, don’t work out enough, and probably should vacuum my house way more than I do. 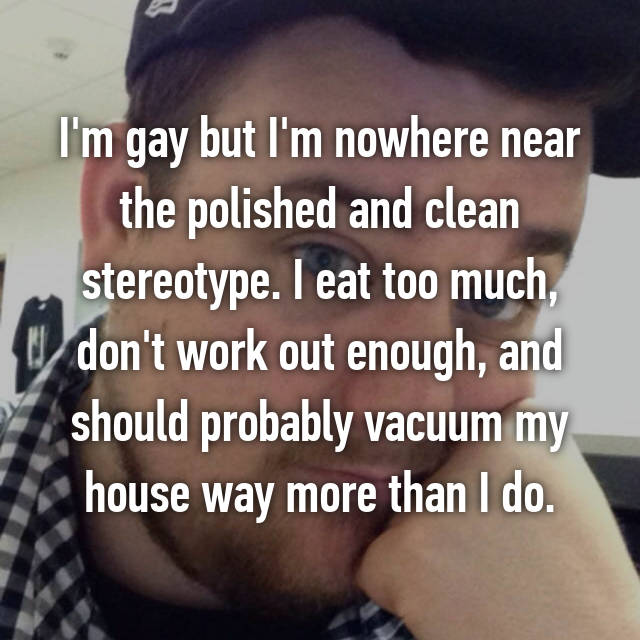 7) I hate when people expect me to be super feminine because I’m gay. I’m not going to feed a stereotype just because you think I should. I don’t have anything against feminine guys but stereotypes bother me. 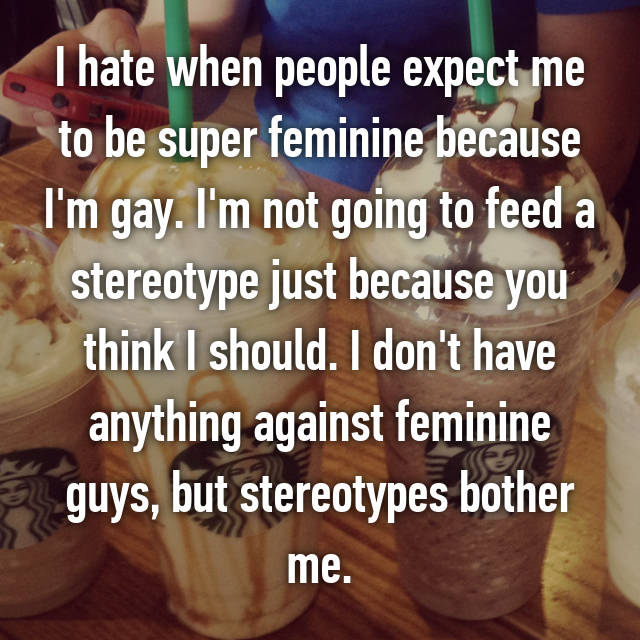 8) Yes I’m gay but I’m not going to be only interested in having sex with men. I just want to be friends. I wish people could see past stereotypes before passing judgment. 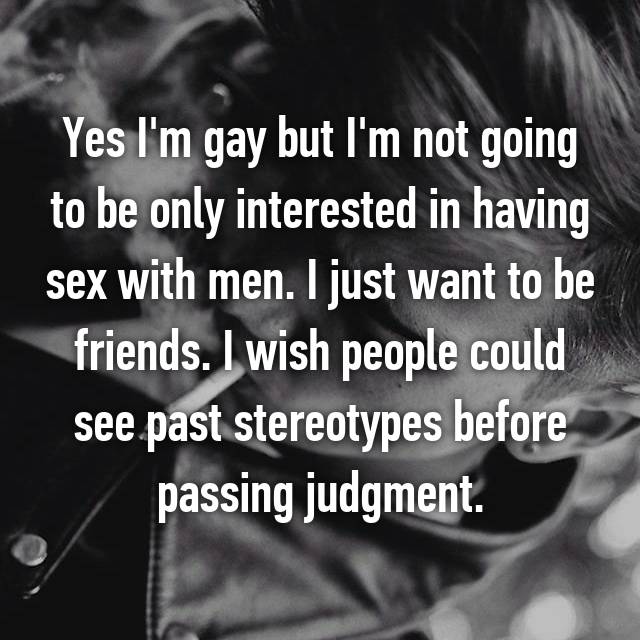 9) I hate being called a “twink” just because I’m gay and I look young. I want to defy stereotypes. 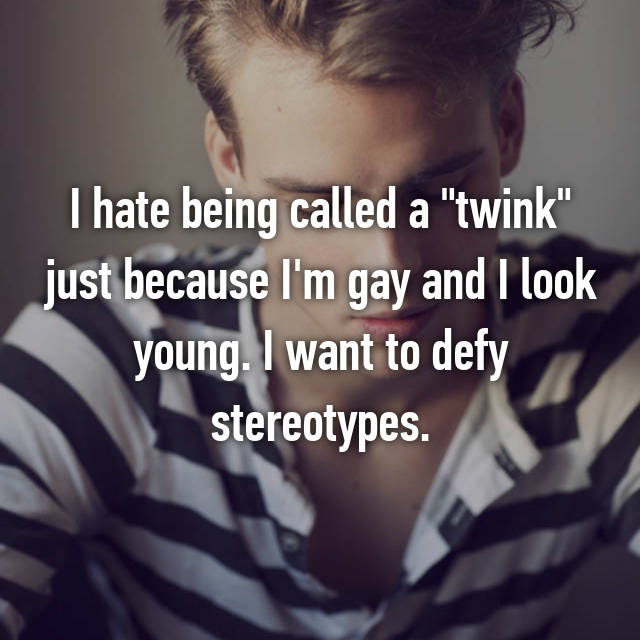 10) Even though I’m gay, people associate me with straight men because I like watching basketball. I don’t see anything as gay or straight but there’s a lot more to my life than my sexuality. I wish people could see that. 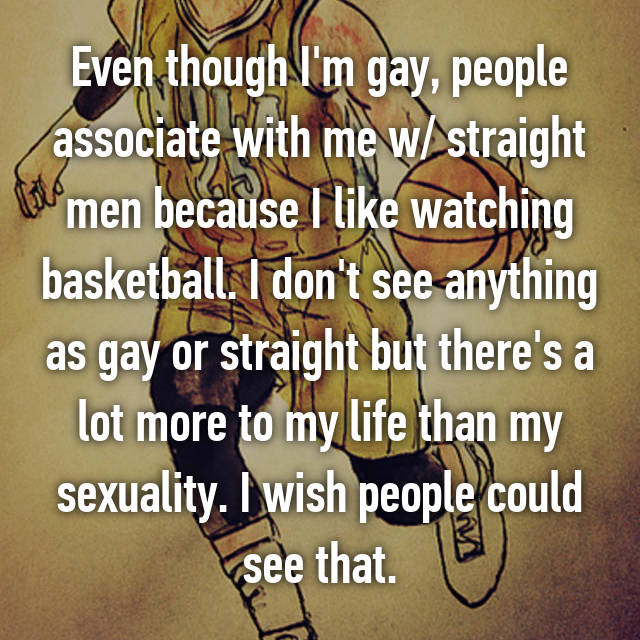 11) Yes I’m gay, but I’m not screaming out loud that I’m gay, I don’t have to prove anything to anybody just because I swing this way. 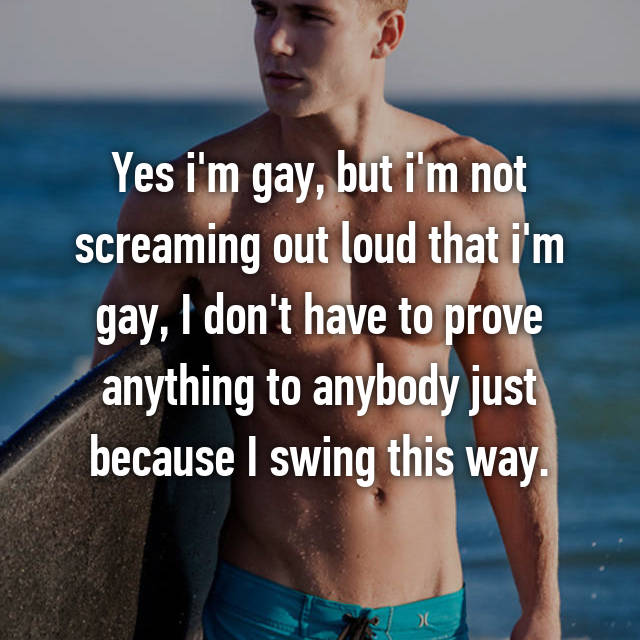 12) I’m gay but I feel weird being around other gay guys because I don’t really belong. My interests are not steeotypically gay and guys tell me I act “too straight”. I can’t figure it out. 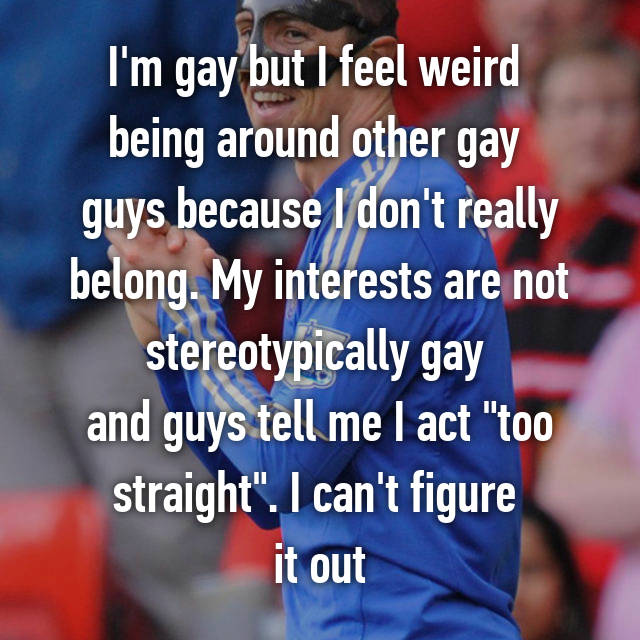 13) I’m a gay police officer. I don’t do anything sexy like use handcuffs in the bedroom, nor have I ever seduced a straight man. My job is really normal and I like it that way. 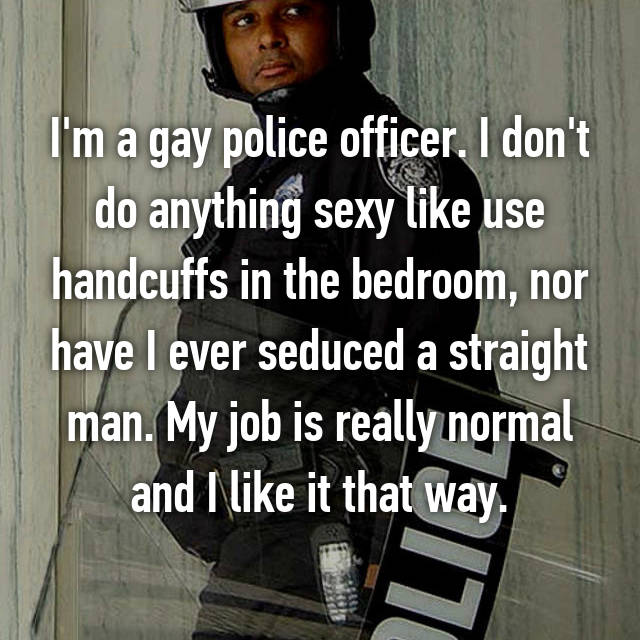 14) I’m gay but I’m not making a big deal about coming out. I find the whole idea dumb and pointless. 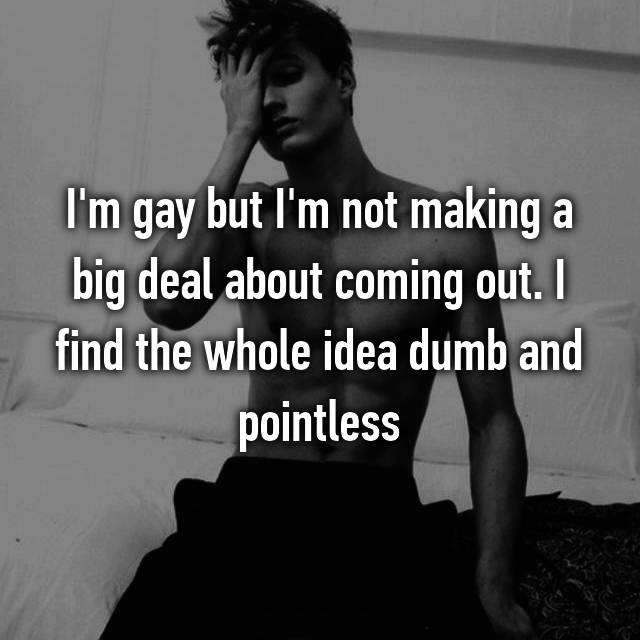 15.) I’m gay but I’m not a fan of Lady Gaga or most of the Pop Queens out there currently. No Rupaulogies. 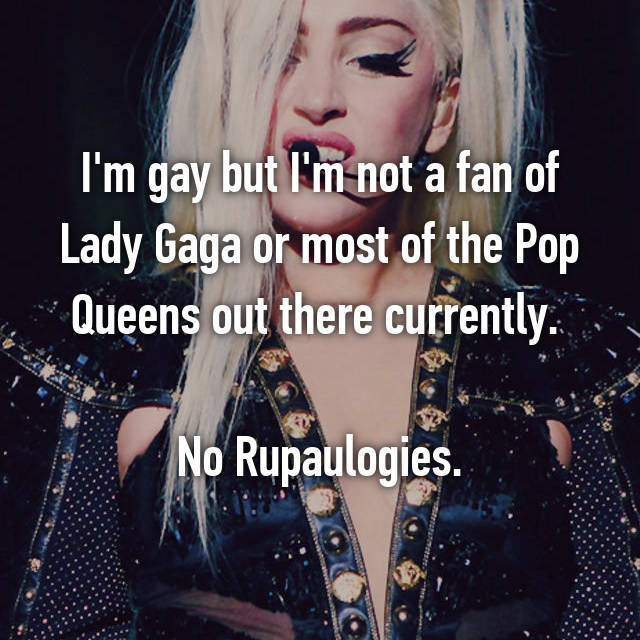 16) I’m gay but I’m not good at dancing. I would rather read all day and watch anime. Being gay is just a part of me and I don’t feel like I need to be everything society expects of me. 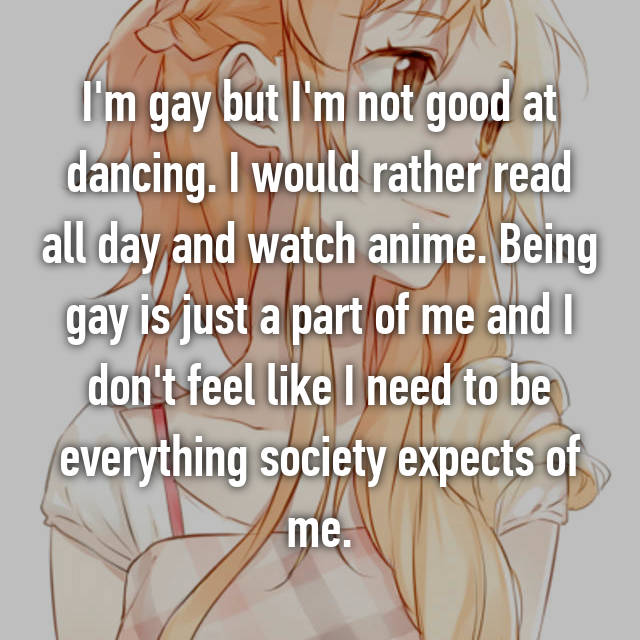 At The Good Men Project, we eat stereotypes for lunch. Join the community.

Whisper is the largest online community where people can share their thoughts and feelings completely authentically. How does Whisper harbor the most authentic content on the internet? Hundreds of thousands of users take to our app every day where they can post their true thoughts without the use of identity.

Facebook71Tweet5PinEmailShares76
wpDiscuz
0
0
Would love your thoughts, please comment.x
()
x
| Reply
Share this ArticleLike this article? Email it to a friend!
Email sent!