Get Daily Email
Join/Login CLOSE
Home / Featured Content / 2019: If You Have Mountains to Move, This is How You Do It 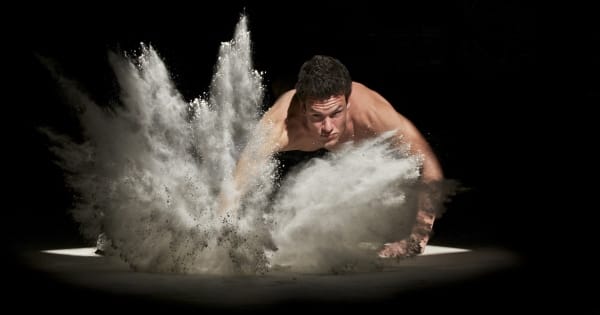 Today I want to talk a little about the human spirit. The most endearing, enduring, and powerful part of the human race is the spirit that lives within all of us.

I know all of you want to create big things in 2019. And I’ve said before, I believe New Year’s Resolutions are… well…bovine excrement. Why can’t we make declarations of transformation in July? Why does it have to be January?

Then again, this is why all gyms have enrollment specials in January.

What is the human spirit?

Simply put, when a person is at their most alive, empowered, and powerful, that’s when the human spirit is at work. It’s when the mind and the heart work together as one.

When your spirit is alive, nothing can stop you. As the examples of these three men can illustrate.

Here’s a man who came from a broken home. He, his brother, and his mother were forced by his father to work in his family’s Buffalo, New York skating rink when David was in elementary school. His father – the abusive man he was – also had an even shadier side (he ran prostitutes as well.)

David Goggins has turned that pain into some serious power. He’s a retired Navy SEAL who went through SEAL training three times (including two different Hell Weeks.) And the Navy SEALs are legendary for being the fittest human beings in the American Armed Forces.

Since leaving the military, he’s become legendary for his athletic feats. He’s completed 60 marathons and ultra-marathons (an ultra-marathon is any race longer than 26.3 miles.) That is insane in and of itself. These feats are coming from a man who claims to hate running!

He also once held the Guinness world record for most pull ups in a 24-hour period (4,030 over 17 hours.) That makes my hands hurt just thinking about it! And y’know, my shoulders, my back, and every muscle in my upper body.

David Goggins has since become a sought-after speaker as well as a bestselling author. His memoir/self-help manifesto Can’t Hurt Me – Master your Mind and Defy your Body is a must-read! I mean a must read! A proper review will be coming soon to The Good Men Project.

I want to speak about Goggins’ journey to become a Navy SEAL. And how it’s a beautiful example of the human spirit conquering all obstacles in his way.

First, Goggins failed the ASVAB (Armed Services Vocational Aptitude Battery) twice. This is the standardized test that all who enlist in the American Military must pass.

The SEALs hold a higher standard for the ASVAB that most military outfits. They are the most elite branch of the Navy.

But I’m not even talking about his physical challenge. At the time he was accepted into SEALs training, Goggins weighed in at 297 pounds. He had less than three months to lose 100 pounds!

At the time, he was working as an exterminator, spraying restaurants late at night for bugs and other pests after closing time.

To lose the weight, Goggins watched every bite that he put into his mouth. He worked out constantly – running, swimming, biking.

This is all the while he’s cramming and studying constantly to take the ASVAB exam again!

Not only did he pass the ASVAB, but he lost over 100 pounds before he began SEALs training!

David Goggins got it in his mind, and in his heart, that he would not be denied! He was going to create what he wanted to create! And he made it happen!

He let his spirit, and not his fear, dictate how he would respond to this challenge!

And he took some souls! (seriously, his book is so damn good!)

Vance is the assistant county and district attorney for Ellis County, part of the Dallas/Fort Worth suburbs. An important job to be sure.

Motivated by podcasters and comedians Joe Rogan and Bert Kreischer, Vance was motivated to make some major changes in his life.

He cites Kreischer’s loss of a bet to run a half-marathon on very short notice as the motivation to change his life.

He started watching what he ate. He started exercising. And he started to do weekly weigh-ins, videos of which he posted on his social media.

In the first week of his journey, he managed to gain three pounds on the scale!

But he kept at it. He kept plugging along. He kept posting his weigh in videos on social media. By new year’s day 2018, he had managed to drop 22 pounds!

Page extended an invitation to Hinds to support him in his journey. The DDP Yoga community has seen some pretty spectacular body transformations. The most impressive of which to me is the transformation of former Army Ranger Arthur Boorman. A video you MUST watch!

Page and Hinds started working together. Hinds started participating in DDP Yoga workouts. Workouts I’ve done, and I promise you they’re not easy!

Over the next year, the pounds and the fat started melting away.

By April, he had managed to drop over 100 pounds!

By November – one year after he started his journey – he was down 198 pounds on the scale! And as someone who has been on a weight loss journey himself (more on that later) the elation and the joy in his face in that video was a beautiful thing! And I guarantee he lost more than 200 pounds of fat!

He got in his mind and his heart he was going to make some changes in his life. And by God, he did! He’s a whole new man and his story is rightfully going viral. 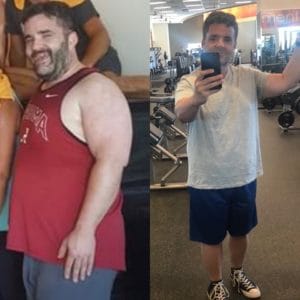 Last but not least, I want to talk about someone else who has been on a fitness journey. Someone who got in his mind and his heart that he wanted to make some changes in his life. Yeah, I’m talking about me here.

Unknowingly, I’d managed to pack on some serious poundage. I mean, I knew it. But I was denying how bad it was. I was buying bigger and bigger pants as well as putting in no real effort in the gym.

I was also eating like trash and drinking too much alcohol.

At the doctor on the morning of December 11, I stepped on the scale. And I was immediately horrified.

The first number on the scale was a 3.

“How tall are you?” The nurse who took my weight made a scene of running her finger along the BMI chart. I wanted a safe to fall on my head.

Let’s flash forward to July of 2018. I took part in a six-week body transformation challenge with a local group fitness gym. No heavy weight lifting (like I used to enjoy.) All body weight and kettle bell exercises. Fast moving, fat shredding, and intense. Dare I say, Epic stuff…

I began that transformation at 269 pounds. A far sight from my 300+ weight not quite four years before, but still, it horrified me.

The challenge was to lose 25 pounds or 6% bodyfat over those six weeks.

I didn’t meet that goal. But I stuck with it.

I set a goal for losing 50 pounds from July 2018 to my birthday next March.

As of two days ago, I was down 48 pounds on the scale with no signs of slowing down.

I reset my goal. My goal now is now 195 by my birthday! I haven’t been under 200 pounds since probably Middle School!

I couldn’t be accepted without the extra weight.

My point in sharing all this is that in order to create big things in your life, you must tap into that spirit. You must get your heart and your mind working together to move mountains. Big goals can become your big reality when you do this.

Lose that weight! Find that woman! Get that dream job! Start that business! And get your mind and heart working together!

And don’t do it alone!

I’m here to support you.

[email protected] is my email. Let’s create some magic together.

Photo by Lopez Robin on Unsplash

END_OF_DOCUMENT_TOKEN_TO_BE_REPLACED

Facebook100TweetPin1EmailShares101
wpDiscuz
Share this ArticleLike this article? Email it to a friend!
Email sent!