For some guys, relationships just happen. 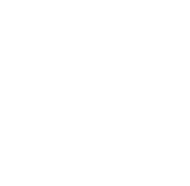 I have one Relationship Coaching client who has never struggled getting a girlfriend. Women beg his friends to play matchmaker, slide into his DMs, and touch his arm and giggle when they see him at the gym. His problem isn’t getting a girlfriend; it’s in finding one he wants to marry.

For other guys, relationships don’t happen, no matter how hard they try. Too often, they end up going in for the kiss and the girl backs up and says, “Whoa, sorry, I’m not into you that way.”

If you’re in the latter category, this article is for you. What follows are how you can set yourself up to make it easier for you to get a girlfriend.

Do you WANT a girlfriend?

You have to make that decision, and your decision MUST be followed by action. Some examples: talking to women you find attractive, asking a woman out, getting on a dating app, cleaning your dwelling so it would look nicely for visitors, dressing nicely, etc.

I also need to be clear that you shouldn’t think of this as needing a girlfriend.

No one needs a romantic relationship. Healthy, whole people are content being single.

If you feel like you need a romantic relationship to be happy, whole, etc., you’ll likely be desperate to get into one, will settle for anyone, and then be disappointed when you don’t feel any different than you did single. Sorry, relationships aren’t a “cure.” If this sounds like you, take some time to date yourself before you date anyone else.

In other words, decide on your standards. Does she want a family someday? Is she employed?

It’s super important to know what you want and don’t want in a person/relationship, so you can quit wasting your time on people who don’t even fit your basics. This is called figuring out your non-negotiables: your “Must Haves” and “Can’t Stands.”

I caution you from including anything on your list that is clearly shallow. Obviously, you aren’t going to date someone you’re not attracted to, but be aware that looks fade while character doesn’t.

Think about the qualities you want in another person as well as their life place and their own goals.

Another thing? Make sure you have those same qualities. You can’t, for example, expect to find someone financially responsible if you’re currently declining calls from debt collectors.

If you want to be in a positive healthy relationship with a woman, you need to work on respecting women. I’ve had several clients be surprised when I’ve mentioned this because they clearly had no idea they were being disrespectful.

Here are ways you can respect women:

Many men don’t know that they are turning off women, and thus potential romantic partners, by being blatantly disrespectful.

Women want and deserve the same opportunities as men.

Our voices should be heard and valued. We should be able to move through the world safely and without being made to feel uncomfortable. We also deserve to be called by our names and not treated as if it’s our duty to educate.

Respecting all the women you encounter, as in treating them as you would hope to be treated, will make you a much more attractive mate.

Women want to be heard and respected and to be seen for more than just their great booties and boobies.

What do women want? I promise it’s not a nice car and a 6 figure job.

Women want men who make them feel respected, listened to, and seen.

Practice #3 above, listen to her when she speaks without thinking of what you’re going to say next, and show her that you see her for her beauty and her character qualities. You know she’s hot, but have you let her know how impressed you are by her assertiveness? Her ability to multi-task?

Add humor to that mix, and you’ll be eons ahead of the other dudes.

Too many men don’t even put themselves in the running to get a girlfriend. They say they want one, but then they do absolutely nothing. They don’t have standards, so they date women who aren’t interested in a relationship.

They complain, mansplain, or say offensive things about women in general and think that’ll get them a special lady, or they focus on procuring material items and boasting about them.

If you want a girlfriend, you can get one if you do some of these things. The only person holding you back is you.