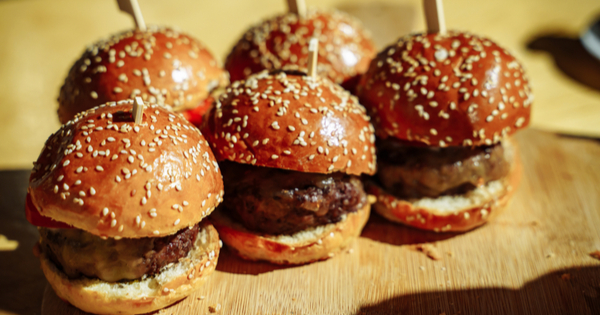 Shortly before my latest college reunion, one of my classmates wrote on our class Facebook page that she partially dreaded attending the milestone gathering out of fear it might cause her to feel she was somehow a nothingburger.

Imagine that! Anyone else feel this way? Perhaps a truer question might be: Who hasn’t compared themselves to others and come up short? The real question is why at our age would it matter at all.

Were I to enunciate the personal and career accomplishments of this particular individual, I can assure you of all the descriptors I might be able to call upon to describe her, the term nothingburger would miss the target by at least a solar orbit.

Someone on that Facebook thread also suggested that most of the truly important and successful people in our class don’t bother to come to our reunions. I guess that would put us into a debate of what constitutes importance and success. For me, this argument would quickly devolve into the equivalent of a left-leaning politico trying to convince a right-wing politico of their unfounded opinions, and vice versa.

I don’t want to debate the definitions of importance or success, nor do I wish to admit by virtue of traveling to see some of the most interesting people ever to grace my life that I am somehow in a lower echelon of life progress. Let’s just say I am convinced that plenty of the most important and successful people in our class attended our reunion, and the ones who couldn’t make it or missed out will have an easy opportunity to correct this choice in slightly less than five years.

So what exactly happened at this gathering of nothingburgers? There isn’t time or space in a single blog post to recap the full play-by-play of events, but let me illustrate a few items that might cause you to rethink your own attendance at a reunion the next time you are invited.

First, we remembered with great affection those who graduated with us who no longer share the planet. Somehow that In Memoriam list has a bad habit of growing every five years. Once you pass a half-century in age, the curve seems to take on nasty exponential acceleration. To celebrate the lives of those no longer with us is to restate our love and admiration of their camaraderie. We did this with healthy respect and healthier zeal.

Second, in a closed-door session, a number of individuals stood up and shared some of the debilitating curve balls that hit them in life when they least expected it. We heard authentic stories of job loss, wrenching divorce, health ailments, children suffering serious medical concerns, regretful addictions, business betrayal, conflicted patriotism, losing one’s parents, self-doubt, lost dreams, and spiritual abandonment. The people who spoke were mirrors for those who didn’t. These otherwise private themes dominated sidebar dialogue for days and continue to do so now on social media. We listened with healthy learning and healthier comfort.

Third, we ate, we danced, we sang, and we talked. We did all of those in abundance. Okay, some people even drank, can you believe it? Mostly we just shared. Remember how much real conversation meant to you in the years shortly after adolescence? Remember how much pure ideas meant before mortgages, car payments, IRAs, and tax returns (unlike an endless conversation, those obligations all have to be handled on time, you know?). We did this with healthy appetites and healthier vigor—except for the dancing, only a few of us can still pull that off fluidly, though there were no penalties for trying.

Why might the people around us feel they are nothingburgers when they are nothing of the sort? I have two possible answers to offer, one awful and one remarkable. To the awful, people often feel they are inferior when they are belittled by others, to their faces or in abysmal gossip. To bypass this ramp, be neither actor nor audience. To the remarkable, humility and insecurity are often two sides of a coin. No matter how a reflective individual might care to value his or her life summary, seldom will a summary be satisfying. To bypass this ramp, we learn to accept who we are with the simple caveat that improvement is always within our grasp.

I also heard many people talking about whether they felt at home at college, either at the age of 18 or now. My answer coincidentally is the same way I respond about feeling at home in Los Angeles: not all of it, and not all the time. I find pockets of warm association, and that is usually enough for me to accept the whole, both with my flaws and the flaws of the whole. It sort of works for college as well.

I’ve discovered again that a school reunion doesn’t have to be about nostalgia. It can be about reconnecting. Where reconnection might be in short supply, it can be about meeting someone for the first time where fate and circumstance might have precluded an introduction in any of the previous several decades. It can also be a reminder of the simple things that reinvigorate our spirits: heartfelt dialogue, hard-won empathy, and genuine encouragement that the future doesn’t have to be the past.

Sometimes I think the creation of memories is a mystical algorithm all its own. Every memory has a starting point. It can begin 35 years ago or it can begin now. Both are valid.

Neither makes you a nothingburger.

Facebook21Tweet3Pin1EmailShares25
wpDiscuz
Share this ArticleLike this article? Email it to a friend!
Email sent!