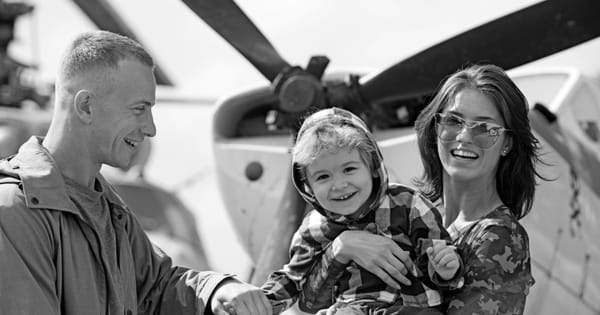 As an autism parent of a grown daughter on the spectrum, I read with great interest Pamela Druckerman’s New York Times op-ed piece, “Helicopter Parenting Works”. Druckerman says that “in our unequal era, this kind of parenting brings life-changing benefits.” If that statement is true for neurotypical children, can you fathom the life-changing (and life-saving!) difference helicopter parents can make in the lives of their autistic children? No imagination is necessary. Readers of my blog and memoir My Picture Perfect Family – What Happens When One Twin Has Autism are very familiar with my uber-helicoptering for both kids, but especially for my daughter Samantha. 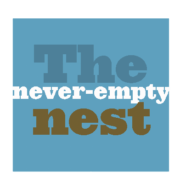 However unequal and unfair it is for wealthier parents to invest more time and money in competitive private schools, homework help and after-school activities than their poorer counterparts, if middle and upper-middle-class autism parents did not make even more extreme sacrifices (ABA, speech therapy, OT, special schools, tutors) most of our kids would never even make it into the lower-paying blue-collar jobs that blue-collar neurotypical high school dropouts still manage to secure. (More than 90% of adults with autism are totally unemployed). Some people with autism who are skilled at details and enjoy repetition have recently been hired because corporations have realized the value of stereotyped autistic skill sets. With accommodations and training, college and sky-high IQs are unnecessary.

Now that Samantha’s movie gig has ended, we are back to square one. I’m still helicoptering, but my blades are tired and I’m running out of fuel (time and money). Our daughter is 29 and her employment and performance opportunities are depressingly scarce. Even with an agent whose sole specialty is finding jobs for actors with disabilities, auditions and jobs are still VERY few and far between.

After two years, Samantha’s agent has found her only one day’s work for MassMutual in a sensitivity training video which paid $350. That job was a wonderful (if exhausting) experience and she would gladly take these less glamorous, lower-paying corporate jobs. However, one day’s work does not a career make, nor will it enable Samantha to afford a safe apartment in Manhattan, even WITH social security payments. For now, our daughter continues to live with us, pays us a small amount of rent and lives mostly independently. But what happens when Samantha’s “helicopter” mom and dad are gone?

An even more frightening question: What happens to the increasing tsunami of kids diagnosed with autism (1 in 59 now!) whose parents cannot afford ABA and all of the other therapies that improve autism outcomes? Answer: people on the spectrum end up falling through the cracks without ANY possibility of fulfilling their potential. Druckerman makes the valid point that parents who shepherd their kids into competitive colleges and graduate schools will earn a lot more money. According to Druckerman, during the 1980s inequality increased sharply in Western countries, especially the United States, and the gap between white and blue-collar pay widened. She says “hovering gives kids a real leg up in a competitive unequal economy.” Duh!

Far worse are the consequences for kids on the autism spectrum whose parents are unable or unwilling to hover. Kids with autism are routinely bullied, abused, and relegated to inferior schools; some of them even wander out of classrooms or schoolyards, go missing and die. According to an article in the Journal of Pediatrics about ASD kids, more than1 in 4 children with ASD and/or intellectual disability wander or go missing.

Druckerman concludes that “since there’s apparently no limit to how much people will do for their kids, the prognosis for parenting doesn’t look good.” As a cure, she suggests that we elect “people who’ll make America more equal” so “we grown-ups can finally stop doing homework.”

Who (and where) are those elected officials who will allow tired grown-ups—parents of BOTH neurotypical and disabled kids—to stop doing homework and rest our over-rotated blades? Sadly, there is nobody anywhere in America at this time who has any chance of allowing parents—especially autism parents—to walk away from our heliports.

To underscore just how unfair our country is to ALL PARENTS, read “The Real Mommy War is Against the State” in the Times’ Sunday Review, by Caitlyn Collins. Since 2011, Collins interviewed 135 middle class employed mothers in Sweden, Germany, Italy and the United States. Her conclusion is that “The US has the least generous benefits, the lowest public commitment to caregiving, one of the highest wage gaps between men and women, and among the highest maternal and child poverty rates of any industrialized nation.”

Instead of looking wistfully abroad at the benefits offered to parents in Sweden, Germany and Italy, Collins recommends that Americans address this “urgent political issue,” with a political solution. (Sounds an awful lot like Druckerman, right?) Collins says “we have a social responsibility to solve work-family conflict” by offering paid parental leave and high-quality affordable child care as national priorities. Both authors are correct in saying that being able to work and raise the next generation of taxpayers and employees should not be a matter of luck or fortune.

But depending on American politicians to provide social supports for all working parents? I’m not holding my breath. We should all exercise our right to vote for moral and compassionate candidates (when we can find them), but I’m not optimistic. I never believed in the tooth fairy or Santa Claus either.

Facebook137Tweet1PinEmail1Shares139
wpDiscuz
Share this ArticleLike this article? Email it to a friend!
Email sent!