Get Daily Email
Join/Login CLOSE
Home / Featured Content / Be Right or Be Loved? 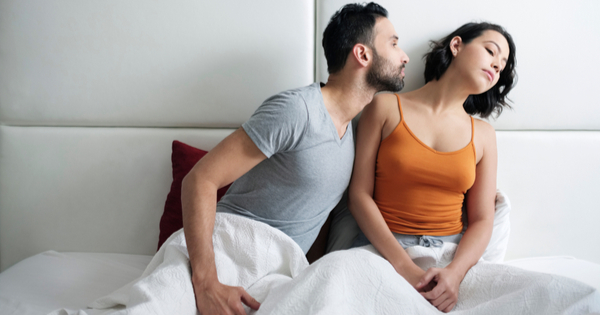 There’s one question that disarms couples in a moment of conflict.

John and Susan zoom in to me on video chat from South Carolina. John’s a high-level executive with a steel company. And while he spends a lot of time at work, he’s aging and well aware that his home life beckons, meaning in the next few years, he’ll have more and more time at home with his spouse.

I’ve been working with John for a little bit and like this moment, at times, I will invite a client’s partner onto the call. We talk further about the work we’ve been doing and I get a glimpse into the other side of their relationship.

In this instance, John has been feeling like he cannot make Susan happy. Whatever he does it does not seem to be enough.

She has been quite candid with him about how she feels he’s checked out in their relationship.

And it comes out a minute later, when she says to him, “It’s not me that’s the problem, it’s you. You didn’t show up Tuesday, did you?” They had a dinner date at home.

He sighs, pulls away, a couple of inches from her, while still remaining in the screen view. I can tell he’s getting angry, feels almost embarrassed to be outed by his wife, especially in front of me.  Maybe this wasn’t such a good idea, I imagine him thinking.

“I called. You knew I had an important last-minute meeting that night. I would’ve been there if I could’ve.”

She rolls her eyes. “Always work, always work, God forbid you can tell them you have a meeting at home that you cannot skip. God forbid…”

“I don’t wanna do this anymore,” he barks.

“What the hell is that supposed to mean?” she says.

“It means I don’t want to fight with you.”

“I’m not fighting with you, I’m merely stating the facts,” she says

My instinct is to separate these two battling cats. And yet I let it play out a little bit.

“The facts? The facts are I called you.  Listen, I don’t wanna fight like this, especially in front of Stuart,” John says.

“Well, he needs to see what is going on between us, behind closed doors, isn’t that right?” Susan looks at me for validation.

I am silent. They’re silent. A moment passes, then another.

It’s quite awkward, painful, but a truth. They are in a dynamic millions of couples act out daily.

“Ok, timeout. Can you both take a deep breath?” I say.

“How does this feel? This style of interaction?”

I have them turn towards one another quietly, look into each other’s eyes. This too is truth. They do it reluctantly

As they do, I know what I’m going to say. With powerful questions and statements, I can break through their bubble.

“Both of you, right now while looking at each other, I want you to ask yourself right here right now, consider this question I’m about to ask you. It’s a question that I believe will determine your future.”

I pause, allow the impact of what I’ve said to land.

“What do you prefer? To be right, to win the argument or to be loved and connected?”

Their faces are stone-cold, no expression. Two exasperated individuals. They look away from one another, then back again.

“Yeah, you have. And no need to be that person to yourself right now,” I say. “So take a breath and see if there’s a space where you can let go of self-judgment, Susan. You’re only as hard on him as you are on yourself.” She sighs. Light tears roll out from her eyes.

“Be in relationship with yourself for a moment, Susan. That’s where the real gift lives. Find your way back to yourself.  And then when you’re ready, bring it back to John. Get relational, not righteous. You know he’s trying, he’s trying hard. Take it, nourish what he gives you, and when you’re ready, see him.”

I know John is trying. He’s demonstrated that in our weekly coaching calls.

She looks up at him teary-eyed, opening to connection, instead of clinging tightly to being right. She drops her sword and shield. This is so hard to do. And she does it. It’s her work. She is heroic at this moment.

They reconvene, with their eyes, beyond logic. Admitting themselves back into the soul of their relationship – being relational, loving instead of right.

And to get there, in the heat of conflict, just ask this one question — Do I want to be right or do I want to be loved?  And ask it of your partner.

When taken into your heart, it immediately breaks through one’s defenses and helps both partners to get off the battlefield and back into each other’s graces.

John and Susan saw that. And they continued to use that simple question for years to come.

Facebook29Tweet1PinEmailShares30
wpDiscuz
0
0
Would love your thoughts, please comment.x
()
x
| Reply
Share this ArticleLike this article? Email it to a friend!
Email sent!