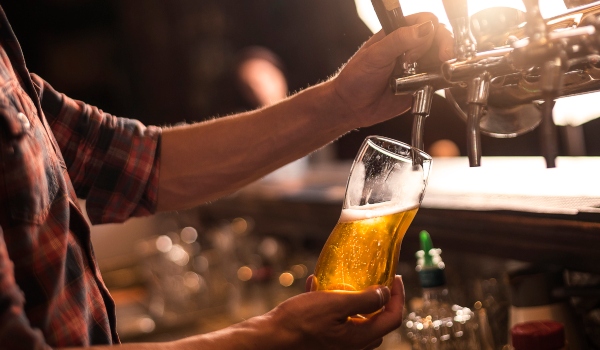 LONDON, 16 October, 2018 − Beer will be in short supply and double in price because of the difficulty of growing one of its key ingredients, barley, in a warming world.

Recurrent droughts and increased heat will cause severe reductions in barley yields across the world, forcing a “dramatic” fall in beer consumption, according to a study by the UK’s University of East Anglia (UEA).

Since beer is the world’s most popular drink by volume, this will have significant social and economic effects, according to the scientists.

It is the various consuming industries competing for the remaining barley that will drive up the cost of grain, and therefore the beer – in some cases, doubling the price of a litre and substantially reducing demand.

The study, published in Nature Plants journal, estimates that extreme weather worldwide will reduce the volume of beer drunk by 16% − which equates to 29 billion litres. The drop in beer consumption would be sharpest in countries that currently drink the most, including China, the US and the UK.

While previous climate studies have focused on staple crops such as wheat, maize, soybeans and rice, and consumer goods such as wine and coffee, this is the first to look at the effect of reduced barley yields on beer.

As countries seek to adapt to climate change, governments may decide the priority for crops like barley is to produce food rather than beer. Even without this policy decision, the price of barley will increase as it becomes in short supply.

“There is little doubt that, for millions of people around the world, the climate impacts on beer availability and price will add insult to injury”

Dabo Guan, professor of climate change economics at UEA’s School of International Development and co-ordinator of this latest research, says: “While the effects on beer may seem modest in comparison to many of the other − some life-threatening − impacts of climate change, there is nonetheless something fundamental in the cross-cultural appreciation of beer.

“It may be argued that consuming less beer is not in itself disastrous, and may even have health benefits. Nevertheless, there is little doubt that, for millions of people around the world, the climate impacts on beer availability and price will add insult to injury.”

He argues that a sufficient beer supply might help with “the stability of entertainment and communication in society”.

The international study, involving researchers from the UK, China, Mexico and the US, identified extreme climate events and modelled the impacts of these on barley yields in 34 world regions. They then examined the effects of the resulting barley crop reduction on the supply and price of beer in each region, under a range of future climate scenarios.

Their findings show that global and country-level barley supply would decline progressively in more severe extreme event years, with the largest mean supply decreasing by 27-38% in some European countries, such as Belgium, the Czech Republic and Germany.

It is countries with smaller total beer consumption that face the largest percentage reductions in the amount drunk.