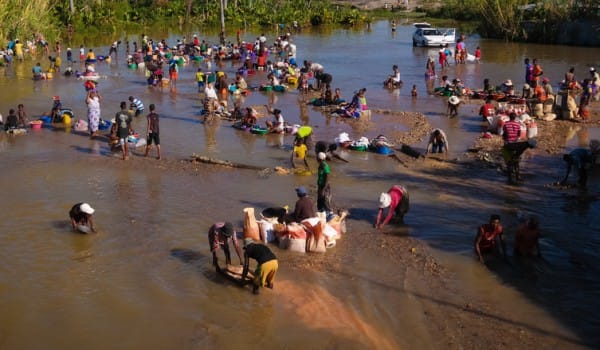 A recent Reuters investigation revealed that billions worth in gold is being smuggled out of Africa through the United Arab Emirates to the U.S, Europe, and elsewhere.

Though exact figures can’t be reached (much of the gold smuggled from the continent is through black market dealings), the investigation estimated that the UAE around $15.1 billion worth of gold in 2016. Reuters reached this estimate by looking at past studies, custom data and interviewing economists.

China is the world’s biggest gold consumer, but in 2016, the UAE “imported almost double the value taken by China,” the majority of the imports going to Dubai.

While not all gold-trade are doing something illegal, the official numbers that trade partners report are often underestimated. In places like the Democratic Republic of Congo (a “major gold producer but one whose official exports amount to a fraction of its estimated production”), gold is often smuggled via middlemen into Uganda and Rwanda.

The report notes some of the effects of pollution, corruption and conflict that the gold-trade spurs. The governments of Ghana (Africa’s second-largest gold producer), Tanzania and Zambia have complained that “gold is now being illegally produced and smuggled out of their countries on a vast scale, sometimes by criminal operations, and often at a high human and environmental cost.”

For the full story, check out the Reuters investigative report here.