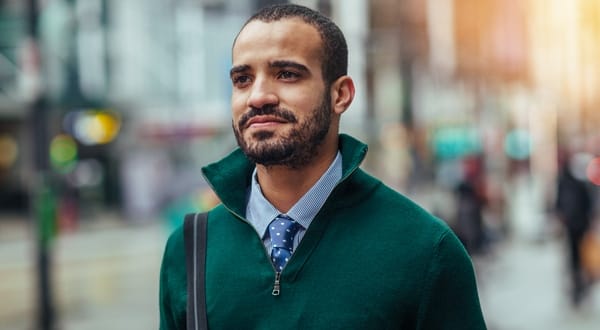 About 20 years ago, I participated in a transformational education course. We were invited to create and define a space we could live our lives into. At least for me at the time, that was more daunting than it sounded.

So I went home that evening. I looked at how I would like to live my life. As I usually do, I looked at the movies I loved. I watched Tom Cruise and Cuba Gooding Jr. in Cameron Crowe’s “Jerry Maguire”, one of my All-Time Favorite movies.

“I’ll tell you why you don’t have your ten million dollars. Because right now, you are a paycheck player. You play with your head and not your heart. Your personal life is all heart. But when you get on the field, it’s all about what you didn’t get, who’s to blame, who underthrew the pass, who’s got the contracts you don’t, who’s not giving you your love. That’s not what inspires people. Just shut up and play the game with your heart.”

Amen. Play the game with your heart. It came to me. So I boldly created the space I could live into: Who I am is the possibility of being inspired and inspiring for all people. I get to breathe and inhale life. Yeah, I was inspired.

I have no hyperbole in being able to inspire others. I’ve been blessed and been fortunate enough to be surrounded by some amazing people. As Aikido Sensei I’ve guided students like Jerry and Bryan in becoming greater than they know themselves to be. Jerry even published an instructional book dedicated to Mizukami Sensei’s teaching, both our Sensei. I’m so proud that both Jerry and Bryan granted me permission to participate in their discovery of their greater than within.

I write a lot about sports, martial arts, movies, and Shakespeare because they inspire me. They inspire me to become greater than, taking my baby steps. In Game 7 of the NBA Finals Lebron James skies above the rim and blocks Andre Iguodala’s shot against the backboard; thus, keeping the Cavaliers in the game with 1 minute to play. Lebron and the Cavaliers would win their first NBA Championship.

In Super Bowl 2017, Patriot’s Quarterback Tom Brady walks off of the field disgusted after throwing his costly interception to the Atlanta Falcons defender. The Patriots trailed by 22 points. Tom came back in the second half and threw 3 touchdown passes accomplishing the greatest comeback in Super Bowl history.

I love watching old martial arts footage on YouTube. I’m in awe as O-Sensei effortless throws bigger stronger opponents without breaking a sweat. I marvel as Bruce Lee demonstrates his “one-inch punch” on some dude at the Long Beach Karate Tournament in 1968.

In 2018’s “Green Book”, Mahershala Ali’s Dr. Shirley confesses to Viggo Mortensen’s Nick, “So if I’m not Black enough! If I’m not White enough! If I’m not man enough! So tell me what am I?” I sat in the theater in tears. That was just fucking brave and human.

I’m so moved and inspired by those, who dare to be greater than they know. They inspire me to do the same, to become the greater man, the greater human being. Nothing inspires me more than those dedicated to serving others.

Sensei Dan taught Aikido for over 50 years before he passed away a few years ago. He taught me Aikido. He taught me what it is to be a good man. Even in his 80’s Sensei would spend half an Aikido class teaching some 8-year old how to use kotegaeshi (wrist lock) on a bigger adult. Aikido meant that much to him. Making a difference for others meant that much to him. Sensei’s purpose and calling touched my soul.

Sensei’s dedication to service and making a difference for others inspired me to do the same. Sensei believed deep in his heart that if everyone practiced Aikido that the world would be a better place.

Well, not everyone will or wants to train in the martial arts. Yet, I make for damn sure that if someone is training in Aikido, he or she will get their life from it. I get to “breathe life” into others. Much like Sensei did for me. Amen. Amen.
—

Facebook12Tweet2Pin1Email2Shares17
wpDiscuz
Share this ArticleLike this article? Email it to a friend!
Email sent!