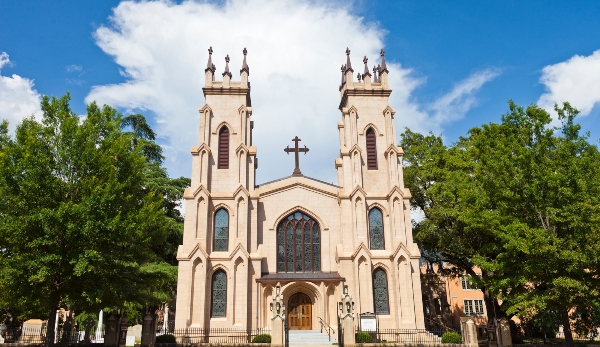 When I was young in the 1950s, Episcopalians – the American wing of the Anglican faith founded by Henry VIII – were the pinnacle of the high-steeple elite. Bankers, business presidents, top lawyers, society doctors, Rotarians and other country-clubbers filled the pews and vestries of ornate churches. They sent their sons to Ivy League schools and their daughters to the Junior League. Episcopalians ranked high in intelligence and success.

In the 1960s, when the U.S. population was just over half what it is today, the Episcopal Church had 3.4 million members. Then it began falling like the rest of mainline Protestantism. Now it’s down to 1.8 million.

A top religion researcher, Dr. Ryan Burge of Eastern Illinois University, wrote a report titled “The Death of the Episcopal Church is Near.” He concluded: “I don’t think it’s an exaggeration at all to believe that the Episcopalians will no longer exist by 2040.”

The Episcopal Church has oodles of money: $1.3 billion in yearly pledges, $400 million in trust, $11 billion in a pension fund, and $4.5 billion in local assets.

Dr. Burge asks: “Can a denomination continue when it has money but no people? That’s the future that may be facing the Episcopal Church…. Barring a tremendous revival, the end is coming very quickly for our friends in the Episcopal tradition.”

Millions of words have been written to explain America’s rapid loss of religion, which is sweeping all branches: Protestant, Catholic, well-educated mainline, less-educated evangelical, bottom-rung fundamentalists.

Here’s my guess about Episcopalians: In the past, they were the church for the smartest, most successful American Christians. But smart, successful Americans no longer need supernatural fairy tales about God impregnating virgins, drowning millions, raising the dead, killing first-born Egyptians, etc. That’s nonsense from medieval times. So these bright people turned secular.

A different researcher, Dr. Ronald Inglehart of the University of Michigan, says that America is losing its religion faster than any other place on Earth. The Episcopal shrinkage is just a small part of that historic transformation.