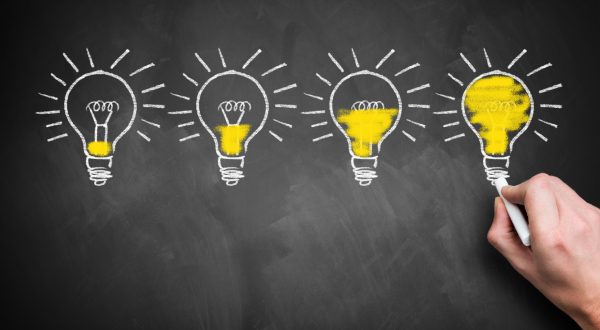 Yet, when Sensei instructed me in the Art of Teaching Aikido he said, “Student aren’t gonna learn unless they’re having fun…” Authentic wisdom. The content here was martial arts, be it Aikido, Karate, Kung Fu, Jujitsu, or whatever. Yet, the context was doing what was fun, what made it worth grinding out becoming your greater version in every class at the Dojo. I train, because I love Aikido and that gives me joy.

You grind it out for yourself, for you greater than version when you find ‘your’ Sensei. Your Sensei is the one, who gets you. He or she distinguishes your greater version of yourself.

Over our years together, I got that Aikido was Sensei’s life. Even his wife, Alyce, got that as much has Dan loved her with all his heart. In the bigger picture, teaching Aikido was Sensei’s Art that made the world a better place. Like he told me, “It’s more important to me, who you are outside the Dojo…”

I got Sensei’s love for Aikido, and for people. He truly believed in his heart of hearts that the Planet Earth would be better if everyone trained in Aikido. His spirit, his intention has also become my purpose. No, not everyone wants to or is willing to train. But for those who train with me, I make sure they get something from Aikido. That’s carrying forward Sensei’s legacy.

No not everyone can or even wants to train in Aikido or even in martial arts for that matter. Yet, learning honor, learning discipline, and with the willingness to grind it out, made me the greater man. Distinguishing those kinds of values shall always be relevant. At least, I hope so. I’m forever grateful for Sensei, for who he has been and for what he has done for me.

I love the Man. He wasn’t just the ‘right Sensei’. He was the Father, I needed to become a Good Man. Our content may have been about martial arts, about Aikido. In the bigger picture, the training, our relationship was about evolution, about becoming the greater version of ourselves.

Over the last 2 years, I had the privilege of working with Lieutenant Jon on a Government Communications Satellite Program. When I met Jon, he was the 22-year-old mechanical engineering major straight out of college. He was very smart, good-looking, athletic, and had amazing passion. In his bigger picture: Jon wanted to go to Medical School and become an Emergency Room Doctor, helping people. I got it. I told him I would do my best to make that happen for him.

Graciously, Jon granted me permission as his guide on his journey through the world of Government Satellite Programs, which I’ve participated in my 30-year career.

Much like my Master’s Thesis Advisor Dr. Tom had taught me, I reminded Jon when he got tangled with or overwhelmed by the details, “Keep the bigger picture in mind…” Our job was really making sure that the warfighter, i.e. soldier or pilot, had what he or she needs to complete their mission safely. That was our bigger picture. Consequently, Jon and I accomplished some amazing things together over our tenure.

I’m not a parent. I have no children. Yet, Jon felt like a son to me. When it was “time to leave” for Medical School, I hugged Jon, “I’m proud of you.” I told him how grateful I was of our journey together, “You kept me young.” He said, “You kept me on the right path.” I held back some tears. Jon is creating his greater than version of himself. The Planet Earth will be greater, because of Jon.

I traded e-mail with Jon a few weeks into his Medical School studies. He said studying was tough, especially his anatomy lab. Yet, he loved what he was doing. I smiled reading his message. Jon is going to be just fine. Jon is a Good Man.

We all have our own infinities captured within a lifetime. In the bigger picture, I hope to give that infinity way to others so that they can create their own infinity, their own Art, their own life. My continuing journey is a privilege. I wish the same for you all. Amen.

Lisa – The photo is awesome. Thanks!

END_OF_DOCUMENT_TOKEN_TO_BE_REPLACED

Facebook8Tweet3Pin2Email4Shares17
wpDiscuz
Share this ArticleLike this article? Email it to a friend!
Email sent!