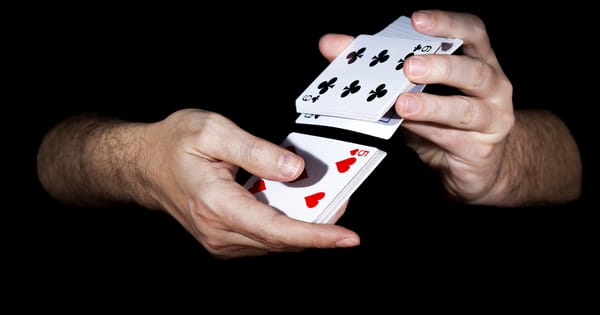 You know, it’s funny. I was just sitting around here talking with a friend of mine, Bryan, who was the co-author of my book and we were chatting about the many approaches to meeting women, and some I think is so ridiculous it’s incredible.

Bryan and I were talking about that and about how some guys go out, and they learn from a certain pick-up guru how to pick up women by doing card tricks. So you walk over to a bunch of women, and you say “I’ve got a good card trick. Do you want to see a card trick?” By doing this, you become “card trick guy,” because you think it’s a good opener. Right?

Then the women ask you for how long you’ve been doing card tricks, and you say you just learned them . . . because deep down you’re a geek. You’re very unsure of yourself, and the fact is you just exposed yourself as “card trick guy.”

So now you’re trying to be “card trick guy,” but the fact is you’re not card trick guy. This is so ridiculous. When I go out there and teach men, I’m not teaching you to be card trick man or gimmick man, or hold my pictures man.

I liken myself to an architect. I consider myself a “dating architect.” What I do when I work with a personal client, is I work on building them from the foundation up based on his particular needs. I do this because in dating, in relationships, and in trying to connect with women, each guy’s situation is totally different from the another guy’s situation.

What most people do to get dating advice is go to a “one size fits all” dating expert. They go to a guy who’s basically going to go there, add the leather seats and some undercoating, and the next thing you know you’re ready to drive. You’re “card trick guy.” You’re “hold the pictures guy.” And the fact of the matter is, there is not one expert out there that can give you a “one stop shop” answer to your dating problems by giving you one type of routine that’s going to work all the time.

What’s unique about what I do is that I’m a catalyst for self-actualization. I mean self-actualization in the sense of people becoming who they are. I mean it in the sense of what Nietzsche used to talk about with the ubermensch – becoming powerful, building their energies, focusing on their strengths and their positives, and really working on them and enhancing them.

That is the difference between me and the other dating gurus who are “one stop shops” and who give you advice that they claim works for everyone and in every situation. It’s stale. You can’t use one trick – or even five tricks – in every situation. The only way it will remain fresh and the only way it will work every time, is if you are you, you are comfortable being you, and if you learn how to be you in as many different situations as possible.