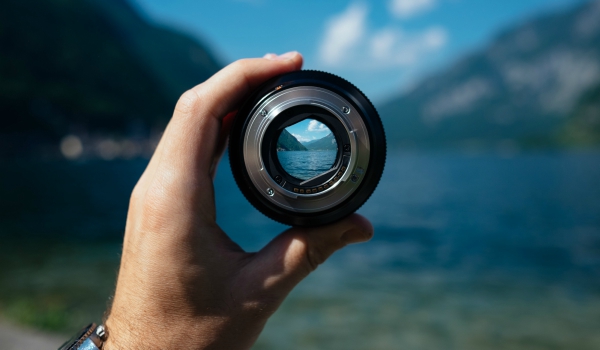 Not all of your problems are going to be fixed today.

While that statement sounds like common sense, I actually have trouble abiding by that life reality on a day to day basis. Every day, I try to do too much. Every day, I try to fix all of my problems. I’m not running enough. I’m not eating well. I’m terrible at managing a classroom. I’m way too aggressive of a driver. I’m snoozing too much on my alarm. I’m not calling my parents enough.

But one of the things that has helped me significantly lately is just focusing on one thing on a given day. I came upon that realization after a conversation with Nikki Kay about how to improve my classroom management as a first-year teacher. What she told me was this:

“Pick one or two priorities and focus your time and energy on them. Don’t get overly focused on doing every single thing because that’s impossible and will only set you up to fail.”

Nikki’s statement was reaffirmed by a friend who’s also teaching in a similar environment as I am, as a second-year teacher. My friend, Winston, echoed the same statement. Every day, just focus on improving one thing. You can’t do everything at once. You’re not going to become a perfect teacher.

But every day, you’re becoming a ​better​ teacher.

What this truth has shown me goes far beyond the world of teaching and education. Every day, focus on just one thing. Focus on improving just that one thing. That isn’t to say we allow everything else in our lives to go by the wayside while we make one step towards improvement — but rather we focus our attention on one effort to improve. I find it difficult to explain, but I find the other obligations in my life easier to attend to if the barometer for success on my day is if I improve on the one thing I set my mind to.

As an example, I have a problem in my classroom of my students leaving out of the room too often. My school has an administrative policy to keep kids in the room unless they have a pass, and while I had my initial grievances with it, my kids have burned me when I allowed them to leave the classroom and roam the halls freely. They went into my co-workers’ classrooms and disrupted their lessons, and I have had other students do the same to me.

Last week, I had to compromise my principles and give my kids an ultimatum: if you leave the room without permission, I’m not letting you back in. The whole day, I abided by that policy and reminded my kids constantly when they were about to leave the room. I teach a lot of kids with ADHD, so these occurrences happen a lot more frequently than you might think.

That day, the one thing I tried to achieve was successful. Not everything went smoothly or perfectly, but mentally and emotionally, I was a lot more at peace knowing I accomplished that one thing. That same day, I had an altercation in my classroom because my student opened the door for two students roaming the hallway. I noticed a pattern between my students opening the door for students, not in our classroom and their behavior during our all-too-common school lockdowns. Too often, my students will go towards the window or go towards the door during lockdown to see what’s going on.

Words don’t need to describe the danger of that natural curiosity. The next day, I had already made parent phone calls to students who opened windows or went towards the door during lockdowns and who consistently let other kids into the classroom when they weren’t supposed to be there. That day, I had fewer problems with kids coming in and disrupting my classroom. During my most challenging period of the day, I had the smoothest and most productive lesson I’ve ever had.

We hear often about the fallacies of the New Year’s Resolution. One big problem with a New Year’s Resolution is that the goal is not chunked and incremental. In education, chunking is a technique of breaking down an assignment or reading into manageable increments so students stay engaged and don’t feel overwhelmed. The human mind lacks the ability to multitask well, according to cognitive neuroscientist, Jordan Grafman.

A fundamental problem in New Year’s Resolutions is that we’re trying to do too much at a time. There’s a reason that Alcoholics Anonymous abides by the mantra of “one day at a time”. We need to have increments and chunks for our brains to perceive a goal and task as manageable. That’s why so many of us fail at our resolutions to go to the gym more often.

Instead of making New Year’s Resolutions, why don’t we make one-day resolutions? Every day, focus on one thing and one resolution to improve on. If we can do that, then on that day, we’re successful.

Today, my one-day resolution is to not play video games. I spent way too much of my weekend playing video games like​ Final Fantasy, Diablo III,​ and ​Rocket League,​ to the point that I neglected my relationships and spent too much time neglecting work I have to do. I haven’t played video games yet today, so my day is a success.

And when you narrow down your box of constraints to just one thing, you have freedom. If your day is successful, everything else will come secondary. I have gotten far more done than I have in previous days because I am abiding by my one-day resolution, and have, to this point, succeeded at it. There isn’t pressure that comes with having to do all the other things and a lot of tasks and errands have just come naturally and second-nature.

What focusing on one thing and completing your one-day resolution means is that you’re improving and moving up life’s spiral staircase, one day at a time. It works better and is more sustainable than trying to fix everything at once.

So every day, focus on improving one thing, and only that one thing.