—
I don’t sleep. For a long time now I haven’t slept. And I as I lay there again at 2 AM, alone in the soft blue glow of my iPhone, I realize, Facebook is a drug dealer.

“Drug Dealer? What the hell are you talking about?” you ask. Just hear me out.

The drug in question is dopamine and in this case it is the naturally occurring neurotransmitter that is involved in reward-motivated behavior. In other words, dopamine gives us pleasure and by doing so encourages us to repeat certain actions. It’s how we’re rewarded when we eat. It’s what we get during an orgasm.

Many people become addicted to drugs because their use conditions the brain to need higher levels of dopamine in order to experience pleasure, which in an addictive state can only come from use of those drugs themselves. “So how does dopamine relate to Facebook?” you ask. I’ll come back to that in a moment.

First, consider that we are not Facebook’s customers. For the user, Facebook is free – or at least it seems that way at first. Advertisers are Facebook’s customers. Our personal data—and I mean the most intimate personal shit—is the product. It’s what Facebook values and uses to entice advertisers. Strangely enough, we’re also the target of the advertising and that last twist would seem to qualify us as fools – using our own shit against us. Although we might argue that we’re not fools because looking at ads that are relevant to our needs and desires is preferable to looking at ads that are not. But that’s kind of like you buying into the drug dealer’s line when he says, “This shit is way better than the shit the guy on the other corner is selling.” Sure, it’s comparatively better, but you’re still getting ripped off.

So for the user, is Facebook really free? Of course not. In fact, it bears a heavy price. But you need to understand what we truly get in return from Facebook. It’s an interesting dilemma.

For reasons related to my not sleeping, I tried to avoid Facebook. Sometimes you just want to be alone and sometimes you want to avoid other people’s happy updates and photos, so I moved the Facebook icon the last screen on my iPhone and vowed not to look at it for a couple weeks. This, by the way, is like moving a box of Samoas® cookies to the back of the cupboard. Sure they’re harder to reach but you know they’re there and we both know you’re hittin’ that shit at 2 AM. It’s either that or masturbate. And let’s be honest, it’s probably gonna be both. But, I digress.

After my short-lived social media hiatus, I posted something into my profile. I meant to stay away but I broke down and posted a photo of something I thought would look cool and soon after I got that first affirmation – someone “Liked” my post. Then I got another and a comment, and with each new little red notification next to the Facebook icon, my primal brain released another hit of the good stuff – dopamine. I didn’t consciously realize it, but it felt really good. And at 2 AM, while I lay under the glow of my iPhone, I suddenly became aware of my addictive behavior. I noticed that I would pick up my iPhone, check to see who may have Liked my recent post, then scroll through my feed, along the way Liking, “The Top 10 Waterfalls in Wyoming,” or a clever quote graphic as if to say, “I’m interested in that,” or, “That expresses what I want to say.” And with each Like received or Like given, I would give myself another hit of dopamine.

And so it went for a couple hours. Every few minutes I would resolve to turn off the iPhone and go to sleep, but I would soon find myself reaching for Facebook and another hit of dopamine. I was fully aware of what I was doing, but I was out of Samoas®.

This isn’t my idea – that Facebook is designed to trigger dopamine. There’ve been several articles and TV stories on how it’s specifically engineered to optimize those hits, but as I lay in bed now fully aware of my addiction, I had to ask myself the question, “Am I good with this?” and, “What am I giving up?”

So again, is Facebook really free? No. What we pay in exchange for each little hit of dopamine is the only thing in this world we really own. We trade our thoughts, our fears, our hopes, our desires, the things that make up our identity – the secrets that make us unique from one another. We trade our secrets and those secrets are turned into bits and bytes to live as our virtual DNA on a piece of silicone embedded in a server somewhere in a giant building near Prineville, Oregon. Our secrets, now bits and bytes to be ground, reconstituted and fed back to us like Soylent Green as ads and affirmations.

I don’t mean to pick on Facebook, but why not? With almost 2 billion users they are the largest social media platform in the world. More importantly, and for the sake of this opinion, they’re the one that I know best. And let me be clear, this exchange of energy, insight into my soul for continuous hits of dopamine, isn’t all bad. In fact, I believe that Facebook may be transformative and empowering enough to be worth it. But if this drug deal’s gonna go down, I want to be straight up about how much it cost and what I’m getting from the dealer.

Before I go any further, let me say that I’m not here to criticize anyone’s use or relationship with social media. I’m not here to point my finger and say, “Your behavior is inferior to mine.” My critique is based on my own experience – as a user and advertiser. I hate it when people get self-righteous.

This is the way I see it: We let these voyeurs peer into our bedrooms. In fact, we turn on the lights, open the curtains and even take off our pants as they stand at the window looking in. We do this by scrolling and reading, Liking and sharing, posting, live-streaming and yes… even texting. We build for them an intimate profile and then we refine it and reinforce it every day – fuck, every hour or minute it seems in my case. We give them so much information that we reveal to them things that we don’t even know about ourselves.

This allows them to feed us information and affirmations, specially-tailored for each of us to trigger that dopamine hit and keep us scrolling the phone or computer for a few more precious seconds.

Nothing. Dopamine isn’t bad. It’s a natural response evolved through millions of years and it compels us to do things we need to do in order to survive, including procreate. Procreation is fun and healthy and without the sex, the world would not be peopled. Dopamine is good. It’s is also what we receive when we help someone or when we pet a dog. It’s what we get when we achieve something or when we meditate. Dopamine helps drive a lot of altruistic human behavior. So to answer your question, there’s nothing wrong with a hit of dopamine – that is, until it figures into addiction.

Facebook is a window through which we learn about our world in near real time. Sure there’s a lot of cat videos, but would we have known as much about Standing Rock or the war crimes in Syria without it? It’s a platform that elevates ideas and empowers voices. It’s a network of trails that allows us to express love and to keep friendships active regardless of distance. Like the telephone or television, it’s a transformational technology. Some of the kindest and wisest people I know use Facebook every day to help others or to spread wisdom. How many birthdays would not be remembered without Facebook? (Answer: Most of them).

But like many new technologies, it comes with good and bad. For example, while it informs us about problems in the world, it also enables us to reduce our activism to no more than a moment’s attention. “Click, there, I did something good. Now give me a hit of that dopamine. And while I am at it, I just aligned my public image with that good cause, or maybe something sexy or clever. That should be worth another hit,” we may unconsciously think to ourselves.

Even when we’re feeling sad or lonely, Facebook satisfies that itch. We might Like or repost something that we’re hoping someone will see – maybe someone in particular – a message in a bottle tossed into the ocean. And just like the way some songs hurt so good to hear when you’re sad, Liking or reposting that Instagram quote, or tossing that bottle, also gives us that little hit we crave.

So again, let’s be clear on the true nature of the relationship. We give Facebook a detailed list of our desires and needs, the most intimate information so that they can use it to make billions selling advertising space, which boomerangs back at us. What we get in return are dopamine hits. This is the true motivation and one that often feeds our addiction. It’s why we reach for the phone when we’re waiting in the checkout line at the grocery store. It’s why I open up the application as I lay in bed at 2 AM.

But folks, I don’t think this is a bad deal. Yes, Facebook is a drug dealer, but it’s a really good drug and lot of fine things come from using Facebook. In fact, the company who is publishing this very article uses Facebook to promote the healthy discussions that make up their publication.

Look, as long as I know up front, who’s getting what from whom, I’m ok with it. Life is hard and I want my temporary relief.

So that said, if you’re reading this opinion, then it’s been published and I’m probably now in the process of reposting it on Facebook. After it’s posted, I’m going to open up Facebook and check, over and over, to see who’s read it and as I get my Likes, comments, and shares, I’m going to enjoy my little hits of dopamine. I mean, fuck, I can’t sleep anyway and what else is there to do when you’re out of Samoas®? 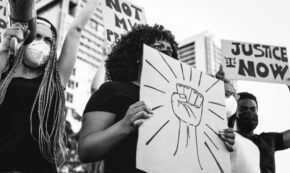 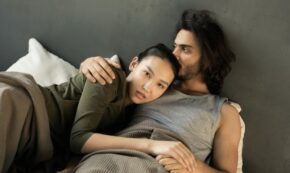 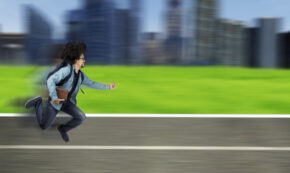