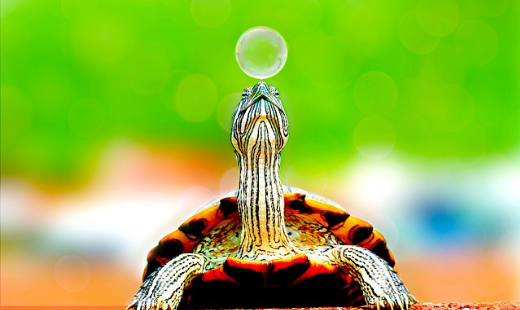 The very things I want most in life are often elusive. The intangible concept of self that seeks compassion without revealing its soul, my ever-present ball busting ego, or that carefully constructed outer persona who demands center stage. Most of the time I’m just confused by my thoughts, the ceaseless internal conflicts, and the honest struggle to find my authentic self.

The questions remain, who the hell are we and why are we here? I’m always in search of clues, spending my days psychograming (a graphologist term) your personality, but I end up dead wrong. I stubbornly file the research even though the data is skewed. I watch, I wonder, I glean and yet I’m no closer to the answers. It ends up you are just as mysterious as me.

Today I woke up on the island of Kauai sleeping beside the man I married some 33 years ago. We’re here for a work event with my husband’s company. I’m more of a stow-away, enjoying all the fringe benefits, without the stress of having to bestow my best smile on total strangers. I’m such an introvert. I’d rather stay in the room writing then attend the social events, all of which require small talk, and status updates.

The minute they find out I teach high school religion, the conversation goes stone cold, and within seconds the person has worked out some sort of escape plan. It might be ripe ground for research, but I’d rather wait it out at the bar, bartenders are far less judgmental, and they serve me drinks. Win-win.

The mornings have become our free time and Larry and I have spent all of them hiking. Today we head east following the beautiful shoreline, dramatic cliffs, and jaw-dropping views.

We are about two hours into the hike when we stumble upon the entrance to a limestone cave. I watch in horror as Larry squeezes through the really narrow entrance, I’m kind of claustrophobic, so I’m freaking out. I hear him yell, “fuck” when he stands up in the dark, and bangs his head on a low rock.

I still don’t enter the cave but I lean down to see if he is okay. I think it’s the least I can do. He says he’s fine, curses again, and yells for me to follow. Someone needs a nap. He disappears through the dark opening, I figure I can stand here all alone, or squeeze through the tiny, dank, dark hole. Damn, I look around for more options, none surface, so I prepare to die.

Careful not to bang my head on the low rocks, I have to squat like a duck, and waddle through the opening. It’s harder then it looks, but I’m pleasantly surprised when it opens up several feet in, and you can actually stand.

We mosey around making nervous twitter about what we might find deep in these caves when we are surprised (scared shitless) by some tour guides. There are actually volunteers from an island youth organization stationed in the cave, eager to take us further into this limestone creepy cavern, overtly proud of their Kauai landmark.

I start to imagine what I would do if there is an earthquake or tsunami? Instead of listening to the tour guide I’m forming escape plans in my head. We blindly follow one of the guides deeper into the cave when his flashlight mysteriously goes out.

He casually points out where they discovered the remains of a dead body and the location of the eyeless tarantulas, he’s all excited about this newly discovered species of tarantulas only found in these particular caves. I fumble with my IPhone, trying to find the flashlight feature, before I get bit by a spider, or some ghost starts hovering over my shoulder. We could not get out of there fast enough. Eyeless spiders, really?

We have a three-mile hike back to the hotel and I’m more than ready for a Bloody Mary. We find a road that appears to be heading in the right direction, and like horses to a barn we head off at a brisk pace, until I spot a huge turtle on the side of the road.

Stopping to watch it eat the grass for a few minutes we notice the beautiful shell and friendly face. This is when a crazy old guy drives up in a rusted, beat to hell, pick-up truck.

He pulls up beside us and says, “Follow me around the corner and I’ll show you thirty-six turtle babies.”

I grab his arm screeching in his ear, “we could end up on some meat hook, chopped up for 36 baby turtles to feed on, have you noticed how remote we are? My mother would not approve.”

Larry laughs at me? What the hell.

We follow the road around the corner and right out of a horror movie we come upon a bunch of hastily constructed cages, weird looking shacks, and I am sure I heard a chainsaw. He invites us to climb over the fence and into one of the pens. I’m on full alert, ready for the weird looking guy in dirty overalls, carrying a meat cleaver, to come charging out of the bushes. I think most people would feel the same way.

Our impromptu tour guide is enthusiastically pointing out the baby turtles hiding in the grass with numbers painted on their shells. Yeah, that’s what I was thinking, run for your life.

He walks us all over the site, talking non-stop about what the turtles eat, how they like to play soccer, and how they mark their territory with shit. I know it is very crude but that is what they do.

Larry is suddenly Mr. Interested in turtles. I wish he acted like this when I’m deciding which lipstick to buy. The next thing I know, I’m standing in the middle of a filthy pen, petting an adult male turtle’s wrinkly neck (weirdly familiar). They seem to like human touch. Who doesn’t?

We spent twenty minutes exploring this turtle sanctuary. It was actually kind of sick (that means cool according to my kids).  Come to find out the cave tours are associated with the turtle sanctuary, both working to restore, and preserve Kauai’s natural resources.

As we walk back to the hotel I ask Larry, “Why do you think he does all this work for the turtles?”

I watch, I wonder, I glean and yet I’m no closer to the answer. I’m just grateful we didn’t end up on a meat hook.

I think adventures are overrated! How about you? Leave a thought in the comments.

Originally appeared on Living in the Gap.

Facebook1Tweet1Pin3EmailShares5
wpDiscuz
Share this ArticleLike this article? Email it to a friend!
Email sent!