Get Daily Email
Join/Login CLOSE
Home / Featured Content / Get Your Kids to Eat Their Veggies! 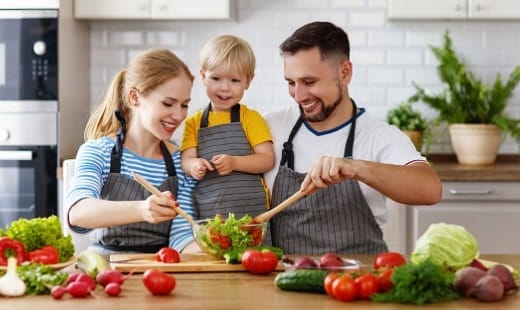 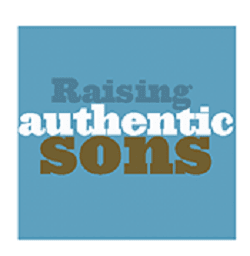 This is the lunch my son has been requesting every day for weeks now: a taco with refried beans, cream cheese, and a generous helping of alfalfa sprouts. When I shared this picture on Facebook, my friend (a father of four boys) asked how I got my little guy to eat a veggie as strange and exotic as sprouts. He said his kids only eat vegetables that were well-covered in butter and even then they’d only eat just so much. 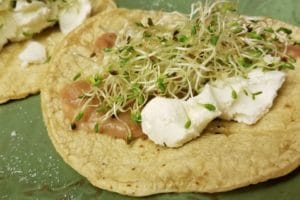 Part of our secret to getting our son to eat his veggies is that my husband works on an organic vegetable farm, so we always have a lot of veggies on hand. But there was one fateful moment when our boy was just learning to walk that forever cemented his love of vegetables.

It was spring and we were out playing in the yard. My son was picking violets and giving them to me as presents when I told him, “You know you can eat those.” He looked at me like I’d grown antlers or something. “Really, you can eat it. Look!” I popped one of the purple flowers into my mouth. Delighted, he tried one…and then another. I told him he could eat the leaves, too, and he tried them. He was so excited about the idea of foraging a wild salad that we filled a little bowl with violet leaves and flowers and then added his favorite salad dressing (balsamic vinaigrette). He had a little salad picnic right there in the yard. He’s been fond of salad ever since.

(Important note: If you teach your children about foraging wild foods be sure to tell them they can only eat the plants if they’ve asked an adult and the adult says that it’s ok. Many times my son has brought me the flowers of a little yard plant called Creeping Johnny and asked if he can eat the violets. While Creeping Johnny is still an edible plant, it is most definitely NOT violets. There are berries and plants growing outside that can make your child sick or worse. Be sure that you know what they’re eating and ask permission before eating any wild plant, especially berries! Safety first!!)

Sometimes my son still balks at the sight of salad greens and I remind him, “They’re leaves!” Usually, he will dig in. I think the fact that sauropod dinosaurs and pandas eat leaves has helped this make sense for him. We saw a documentary where the panda rolls his bamboo leaves into a little cigar shape and munches them down. After that, our son started rolling his lettuce leaves the same way and calling them “bamboo tacos.” Hey, whatever works!

But, don’t get me wrong, there are plenty of times that our kid turns up his nose at veggies. He hates sweet peppers and steers clear of onions. He’s wary of asparagus and spits out Brussel sprouts. But, even if he turns some of them away, he manages to eat his fair share and is usually game to try new things, which is so important.

A friend of mine is an environmental educator and she told me about a project where she helped inner city kids grow a school vegetable garden. At harvest time, they made a huge veggie tray and made their own buttermilk ranch dressing from scratch. The kids went nuts! Vegetables they had grown themselves. Getting kids close to the source of their food, in whatever way you can, can make all the difference.

If you’re excited to connect your kids with their food source but not sure where to start, you can easily grow alfalfa sprouts on your windowsill. All you need is organic alfalfa seeds for sprouting (I bought mine on online), a wide-mouth mason jar (the ones that come with a metal ring lid), and a wide-mouth screen lid.

Here’s how to help your kid grow sprouts:

A version of this post was previously published at Authentic Arts by Jenny Hoople and is republished here with permission from the author.
—