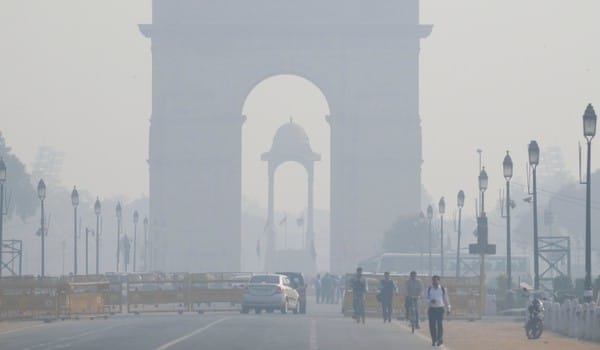 —
For the last three years, the months of October and November see extensive coverage of how bad the air in Delhi is. Winters in the capital are a time of excruciating discomfort and irritation in various forms; delayed flights, extreme traffic, low visibility, inability to breathe and irritation in all kinds of body parts.

To many, it will come as a good news that a PIL filed by M.C. Mehta against the Union of India in the Supreme Court saw the birth of a Graded Response Action Plan in December, 2016. This plan provided a set of contingency measures that the government and Environment Pollution Control Agency (EPCA) should follow if and when the pollution levels cross a set mark.

The categories of “severe” and “emergency” have been newly introduced as descriptions of air quality in the city.

The air is considered “severe” when the ambient PM 10 or PM 2.5 concentration exceeds 250 µg/m3 or 430µg/m3. In such cases, all brick kilns, stone crushers and hot mix plants need to be immediately shut down. The thermal power plant in Badarpur will also be shut down and all existing natural gas power plants will work at full capacity to provide power to the city.

Brick kilns, stone crushers and hot mix plants are considered to be some of the most severe polluters of the air in Delhi, as they release high amounts of particulate matter and dust that is responsible for more than half the pollution that the city experiences.

The air is considered at “emergency” level when the PM 2.5 or PM 10 values exceed 300 µg/m3 or 500 µg/m3 respectively, and persist for 48 hours or more. The Municipality, Delhi Police, Delhi Pollution Control Agency and Transport officials are all called into action in such a situation. All trucks are stopped from entering Delhi unless they are carrying essential commodities, and all construction activity is stopped. Odd-even scheme will be immediately implemented with minimal exceptions, and additional measures like shutting down schools will also be considered.

These measures are all, however, measures that will be taken after the quality of air has degraded very badly. There is still work to be done to prevent the air from degrading to such a level, and the governments and other NGOs are constantly trying to work towards a solution to this. For now, this brings some respite to the lungs of New Delhi.

MEANWHILE, HOW CAN YOU MONITOR THE AIR QUALITY OF DELHI?

By a simple Google search! Just search “air pollution Delhi” or “air quality Delhi” and you’ll get a real time update of what the air quality is like in the city. It’s a handy tool for you to be aware and stay ready.

This post was previously published on www.eco-intelligent.comand is republished here with permission from the author.
—
Photo credit: Shutterstock