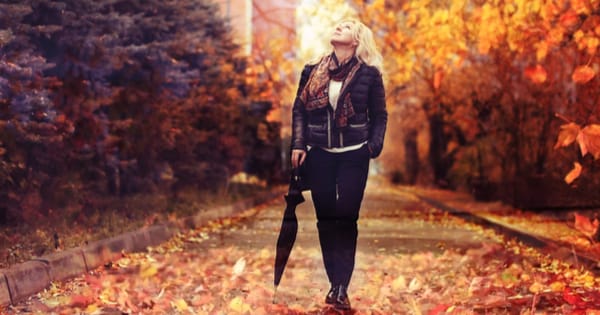 Aside from plastic surgery and Botox, how can we grow old gracefully if we’re lucky enough to stay healthy and remain on the planet?

For me and many other baby boomers in our 50s and 60s, this is a burning question. First we raised our children and watched them depart the nest one by one (although these days some boomerang back home). Then somewhere along the way, we noticed how old our own parents had become, or we lost a parent to the inevitable tides of time. In between care-taking our surviving elderly parents and launching our young adults, it eventually becomes impossible NOT to see our own wrinkles and loose skin, to feel the wear and tear on our muscles and joints of half a century of life. If your mom or dad had arthritis, a bad back, or hip replacement, you don’t need to wonder why you’re starting to feel pain in those same body parts.

The secret to staying young—it seems to me—is to be a rock star (or to act like one). Sometimes I think that bands like today’s Rolling Stones are an optical illusion. I first saw Mick Jagger when I was 18 years old; I saw him perform again in my early 50s, awed by how amazing and energetic he was on stage. It’s hard to believe that Jagger is 75 (!!) and still doing concerts in full strut and cardio mode. Of course when you look at Keith Richards (also 71), I marvel that he’s still alive— let alone strumming up on stage–because he looks like a centenarian. And what about Paul McCartney, 73, who’s on his third, very youthful wife? He’s still crooning away, playing piano and performing at concerts. Ditto for Rod Stewart 74, Elton John, 72, and Billy Joel, 70. Yes, all of these musicians LOOK older (and maybe some have lost a beat), but they are still bright stars in the baby boomer firmament. Maybe the trick really is to “keep on trucking” as well as you can for as long as you can,(while avoiding mirrors).

But sometimes we have to stop moving—at least for a few days—long enough to repair or replace a worn out part. For example, my husband, Howard had arthroscopic hip surgery on a Thursday and was back in his law office, meeting with clients on Monday, crutches and all. He wouldn’t take a single pain-killer because he didn’t want to fog his brain. His only concession to surgery was insisting that the client travel to his office (instead of visa versa).

Doctor’s orders were for my husband to “keep his leg elevated and rest.” Always restless and on the move, Howard often reminds me of a race car at the Indy 500, stopping only long enough to replace his blown tire, before revving up to 100 miles per hour again. Howard’s supposed to stay on crutches for a month, but I’ve already caught him hopping a short distance or impatiently grabbing just one crutch, despite the doctor’s orders.

To be fair, Howard did allow me to gently put a pair of socks onto his feet just 72 hours after surgery. The act made think of how many years had passed (could it really be 20?) since I pulled socks onto my twins’ tiny, kicking feet. In some ways, reminders like that make me feel older than looking in a mirror.

Even for rock stars, there comes a time to slow down. On July 5th, 2015, the Grateful Dead performed their last show ever, in Chicago. According to the Rolling Stone, the Dead ended a 50-year career with a “magnificent and moving final show.” Phil Lesh, 75 at the time, The Grateful Dead’s de facto leader since Jerry Garcia’s death, came back on stage at the end of the concert to thank the audience for listening and to encourage organ donation. (Lesh received a liver donation in 1978.) Amid hugs, bows and tears, 70,000 Deadheads departed Soldiers’ Field in an uplifted state, awash in the music that defined the Utopian dream of a past era: the hippie vision of peace, love, and the idealism of our long lost youth.

“The feeling we have here today—take it home with you and do some good with it,” Drummer Michael Hart advised the crowd.

That’s great advice for empty nesters, who may be starting to feel old, or miss the good old days (?) I’d like to add a suggestion of my own: turn a page in the book of YOUR life, and write the next chapter. If that means replacing a hip or a knee, getting a few Botox injections, or just slowing down long enough to notice the shape of clouds and the color of our sky, take a break.

But be sure to keep moving and carry the past forward—or to quote the Grateful Dead, keep seeking “all that’s still unsung.”

Originally Published on The Never-Empty Nest

Facebook35Tweet2PinEmailShares37
wpDiscuz
0
0
Would love your thoughts, please comment.x
()
x
| Reply
Share this ArticleLike this article? Email it to a friend!
Email sent!