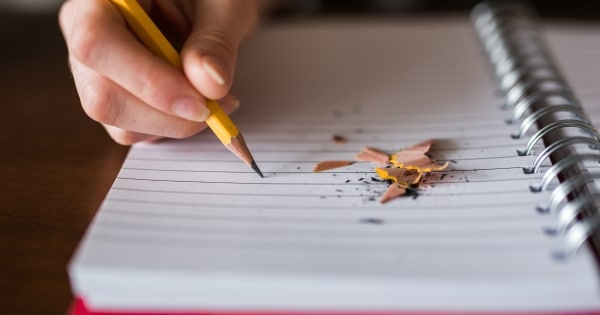 Once upon a time, I used to write a lot of fiction. I was going to be a famous novelist one day. I was pretty good at it, too; I won a few awards in high school, then somehow became jaded with the process and lost my drive, my focus, my mojo.

During the time that I was most active as a fiction writer, I felt most comfortable writing women characters. My favorite stories featured female protagonists, often from the first-person perspective. I’ve long struggled with my identity as a man, and over the course of my life, I’ve gotten along better with women than with men.

For a while, I thought about whether this might mean that I’m transgender. I’m not. These days, I’m comfortable with being a man. I struggle with being defined by the Man Box, and I don’t understand most of my fellow men. But I’m a man.

Because of my life experiences, I thought I knew enough about how women thought to write convincingly from the female voice. I’m rethinking that now.

For a long time, fiction was mostly about the voices of white men. Female writers would need to disguise their gender in order to be published. Even as recently as 1997, J. K. Rowling was encouraged to use her initials in order to be successful when publishing books about a boy, even though L. Frank Baum and Lewis Carroll had been successful a century earlier with books about girls.

Voices of color struggled even more in the American publishing world. Within my lifetime, it was possible to count the number of famous African-American writers on my hands, most of them associated in some way with the Harlem Renaissance. LGBT writers likewise struggled, unless they were closeted.

It’s still true that white cishet male voices are overrepresented in publishing. Look at this week’s New York Times Bestseller Hardcover Fiction list (Dec. 23): Of the top ten, seven are by men, and all ten are by white-presenting authors. One (Nicholas Sparks) is perhaps most famous for writing books that appeal to a largely female audience, such as “The Notebook.”

Even so, that dominance has eroded slightly, particularly this year. “Black Panther” was directed by Ryan Coogler, who co-wrote the script with Joe Robert Cole, both black men. There were only two white people in the main cast (Martin Freeman and Andy Serkis). “A Wrinkle in Time,” a movie version of Madeleine L’Engle’s classic, was directed by Ana DuVernay and starred Storm Reid, both black. Angie Thomas’s “The Hate U Give” has been hugely successful, leading to a movie version as well.

These works have driven home an important point about the importance of authenticity in voice. “A Raisin in the Sun” by Lorraine Hansberry and “To Kill a Mockingbird” by Harper Lee were written about the same time and discuss many of the same racial issues, but the race of the authors (Hansberry was black, Lee was white) inform the works differently.

Three recent YA books featuring LGBT protagonists also illustrate the relevance of authentic voice. “George,” by Alex Gino, is about a transgender girl who is presenting as a boy, and who is struggling with her identity. The author is genderqueer, and has since expressed regret at using their protagonist’s deadname as the title.

“Symptoms of Being Human” by Jeff Garvin is about a genderfluid teenager. Riley blogs about their experiences. Jeff Garvin is heterosexual and got the idea for the book when a bunch of his friends were talking about a court case involving a transgender girl. One of them made a crude joke, and because none of them objected, he decided to write a book.

“Simon vs. the Homo Sapiens Agenda” by Becky Albertalli is about a boy discovering his homosexuality. It was recently made into a movie called “Love, Simon.” Albertalli herself is at least straight-presenting, married to a man. But unlike Garvin, she does have extensive experience as a therapist working with LGBTQIA youth.

These authors’ backgrounds inform their works in different ways. Of these, I enjoyed “George” the most, and couldn’t even finish “Symptoms of Being Human.”

There are two sides to this coin, though. Proper representations of LGBTQIA characters are woefully lacking in mainstream fiction. LGBTQIA writers are also woefully lacking in mainstream fiction, and many of them may well not wish to make their characters’ sexualities a focal point of their stories. Why should they? Many, many cishet writers don’t write about their own characters’ sexualities.

A career that has risen up from concerns of authentic voice is that of “sensitivity reader.” If a writer or publisher is concerned about the representation of a character whose attributes don’t match those of the author, a sensitivity reader can look for offensive cultural landmines.

I agree with concerns about proper representation, and do think having sensitivity readers look over a manuscript is a good idea. At the same time, I think that white male authors like myself need to be more consciously aware of how our life experiences limit our perspectives before we even put words to paper.

There have been several superhero movies featuring women as leads. But prior to “Wonder Woman,” they struggled at the box office. One notable difference: “Catwoman” and “Elektra” were directed by men. “Wonder Woman” was directed by a woman.

He may well have thought that he’d gotten the pulse of womanhood, but complexity of character doesn’t equate to understanding. The song builds a fairly complex woman in only a few minutes, while the man is simple and one-dimensional. In the end, though, I’m left wondering: Is she truly complex, or is she the product of the male fantasy that a woman who says “no” is only doing so out of social pressure? That every woman wants me as a partner?

And perhaps my wondering is an indication that I’m finally starting to understand men.

I am a white American man. That reality shapes my experiences, and it shapes how people interact with me. That voice will always be present in everything I write. I can either try to pretend it’s irrelevant, or I can be honest about that and let it flow through me.
—
We have pioneered the largest worldwide conversation about what it means to be a good man in the 21st century. Your support of our work is inspiring and invaluable.

—
Photo by Thought Catalog on Unsplash

END_OF_DOCUMENT_TOKEN_TO_BE_REPLACED

Facebook15Tweet3PinEmailShares18
wpDiscuz
Share this ArticleLike this article? Email it to a friend!
Email sent!