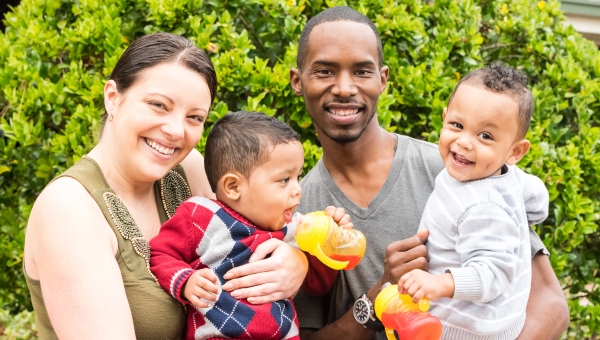 Peter Barnes, co-founder of On the Commons, is an innovative thinker and entrepreneur whose work has focused on fixing the deep flaws of capitalism. He has written numerous books and articles and co-founded several socially responsible businesses (including Working Assets/Credo). He lives in northern California with his wife, dog and vegetable garden. This article includes material adapted and excerpted by the author from his new book With Liberty and Dividends For All, and other writing by the author. This excerpt first appeared in Yes! magazine.

There’s long been a notion that, because money is a prerequisite for survival and security, everyone should be assured some income just for being alive. The notion has been advanced by liberals such as James Tobin, John Kenneth Galbraith, and George McGovern, and by conservatives like Friedrich Hayek, Milton Friedman, and Richard Nixon. It’s embedded in the board game Monopoly, in which all players get equal payments when they pass Go.

And yet, with one exception, Americans have been unable to agree on any plan that guarantees some income to everyone. The reasons lie mostly in the stories that surround such income. Is it welfare? Is it redistribution? Does it require higher taxes and bigger government? Americans think dimly of all these things.

But then, there’s the exception. Jay Hammond, the Republican governor of Alaska from 1974 to 1982, was an independent thinker who conceived of, and then persuaded Alaska’s legislators to adopt, the world’s first system for paying equal dividends to everyone. In Hammond’s model, the money comes not from taxes but from a common resource: North Slope oil. Using proceeds from that gift of nature, the Alaska Permanent Fund has paid equal yearly dividends to every resident, including children, ranging from about $1,000 to over $3,000. (Bear in mind that a family of four collects four same-sized dividends.) While this isn’t enough to live on, it nicely supplements Alaskans’ other earnings. And paying such dividends regularly for more than thirty years has bolstered the state’s economy, reduced poverty, and made Alaska one of the least unequal states in America.

The question Americans in the lower 48 should now ask is: Did Alaska find the right formula? If it can convert part of its common wealth into equal dividends for everyone, can the rest of America do the same?

There are many good reasons to ask this question. One is that America’s middle class is in steady decline. In the heyday of our middle class, jobs at IBM and General Motors were often jobs for life. Employers offered decent wages, health insurance, paid vacations and defined pensions. Nowadays, such jobs are rare.

It’s also unlikely that the jobs of the future will pay more (adjusted for inflation) than today’s. In unionized industries like autos and airlines, two-tier contracts are now the norm, with younger workers paid substantially less than older ones for doing the same work. Nor is the picture brighter in other industries. In the Labor Department’s latest list of occupations with the greatest projected job growth, only one out of six pays more than $60,000 a year. The implication is clear: without some form of supplementary non-labor income, we can kiss our middle-class goodbye.

The second reason to ponder Alaska’s dividends is climate change. It might seem odd that dividends based on oil could presage a remedy for climate change, but such is the case. Imagine if we charged companies for using another common resource—our air—and distributed the revenue equally to all. If we did this, two things would follow. First, higher air pollution costs would lead to less fossil fuel burning and more investment in renewables. And second, households that used less dirty energy would gain (their dividends would exceed their higher costs) while households that used a lot of dirty energy would pay. This would spur both companies and households to do the right thing.

A third reason for considering Alaska’s model is our long-lasting economic stagnation. Not counting asset bubbles, our economy hasn’t sparkled for decades, and neither fiscal nor monetary policies have helped much. Tax cuts for the rich have benefited no one but the rich, and as Mark Blyth and Eric Lonergan recently wrote in Foreign Affairs, pumping trillions of dollars into banks hasn’t stimulated our economy either. What’s needed is a system that continually refreshes consumer demand from the middle out—something like periodic dividends to everyone that can be spent immediately.

One further reason for looking north to Alaska is the current stalemate in American politics. Solutions to all major problems are trapped in a tug-of-war between advocates of smaller and larger government. But dividends from common wealth bypass that bitter war. They require no new taxes or government programs; once set up, they’re purely market based. And because they send legitimate property income to everyone, they can’t be derided as welfare.

In this regard, it’s worth noting that Alaska’s dividends are immensely popular. Politicians in both parties sing their praises, as do the state’s voters. One attempt in 1999 to transfer money from the Permanent Fund to the state treasury was trounced in a referendum by 83 percent. Nationally, Alaska’s model has been lauded by Fox News commentators Bill O’Reilly and Lou Dobbs as well as liberals like Robert Reich.

The reasons for this popularity are pretty clear. Alaskans don’t see their dividends as welfare or redistribution. According to several surveys, most Alaskans consider their dividends to be their rightful share of their state’s natural wealth. There’s no stigma attached to them, and any attempt by politicians to reduce them is seen as an encroachment on legitimate property income.

Moreover, because the dividends are universal rather than means-tested, they unite, rather than divide, Alaskans. If only “losers” got them, “winners” would be resentful. Universality puts everyone in the same boat. No one is demonized and a broad constituency protects the dividends from political attack.

How Would It Work Nationally?

How might a common wealth dividend system work at the national level? The easy part is distributing the dividends. As in Alaska, enrollment could be done online and payments could wired electronically at a cost of pennies per transaction. The Social Security Administration could set that up in a jiffy.

The harder part is collecting the revenue. In my latest book, With Liberty and Dividends For All, I show how, over time, we could generate enough revenue to pay dividends of up to $5,000 per person per year. Initially, a sizable chunk would come from selling a declining number of permits to dump carbon into our air. Later, more revenue could flow from our monetary infrastructure, our patent and copyright systems, and our electromagnetic airwaves.

Consider what $5,000 per person per year would mean. If a child’s dividends were saved and invested starting from birth, they’d yield enough to pay for a debt-free college education at a public university. In midlife, $5,000 per person would add 25 percent to the income of a family of four earning $80,000 a year. In late life, it would boost the average retiree’s Social Security benefit by about 30 percent. Thus, dividends from common wealth would provide a badly-needed boost for poor and middle class families during what promises to be a lasting shortage of good-paying jobs.

Surprisingly, the core idea behind Alaska’s dividends is over two centuries old. In his 1796 essay “Agrarian Justice,” American patriot Thomas Paine distinguished between two kinds of property: “natural property, or that which comes to us from the Creator of the universe—such as the earth, air, water … [and] artificial or acquired property, the invention of men.” The second kind of property, Paine argued, must necessarily be distributed unequally, but the first kind belongs to everyone equally. It is the “legitimate birthright” of every man and woman, “not charity but a right.”

And Paine went further. He proposed a practical way to implement that right: create a “National Fund” to pay every man and woman a lump sum (roughly $17,000 in today’s money) at age twenty-one, and a stipend of about $1,000 a month after age fifty-five. Revenue would come from what Paine called “ground rent” paid by landowners. He even showed mathematically how this could work. Presciently, Paine recognized that land, air, and water could be monetized not just for the benefit of a few but for the good of all. Further, he saw that this could be done at a national level. This was a remarkable feat of analysis and imagination, and it’s time to apply it broadly.

Today, Paine’s core idea—that everyone has a right to equal income from common wealth—can be applied not just to natural resources but also to the creations of society. Consider, for example, the immense value created by our legal, intellectual, and financial infrastructures, the Internet, and our economy as a whole. This value isn’t created by single individuals or corporations; it’s created collectively and hence belongs equally to all. In a fairer economy some of it would actually be distributed to all. The ideal mechanism for doing this would be common wealth dividends—simple, transparent, direct (not trickle down), built on co-ownership rather than redistribution, and politically appealing.

And here’s the best part. If Paine’s idea and Alaska’s model were applied at sufficient scale, the implications would be vast. The current tendencies of capitalism to widen inequality and devour nature would be self-corrected. Instead of plutocracy and climate change, our market economy would generate widely-shared, earth-friendly prosperity. And it would achieve these goals automatically, without much need for government intervention.

Is this wild-eyed dreaming? Possibly, but no more so than universal suffrage or Social Security once were. Common wealth dividends could be the next step in America’s long march toward equal rights—and the game-changer that leads to a new version of capitalism. But first, we have to see the opportunity and demand it.

A version of this post was previously published on Onthecommons.org and is republished under a Creative Commons license CC BY-ND 3.0.
—