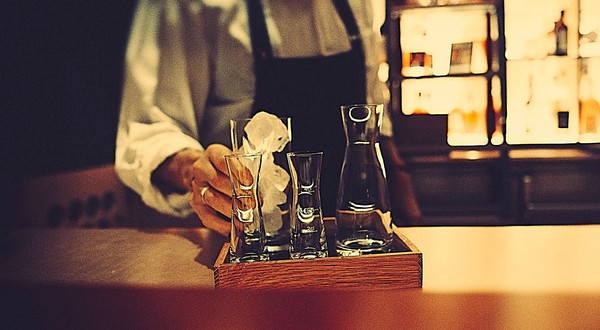 “Get a glass; you deserve a cold one.”

This was a few minutes after I finished a 15K. I heard the same thing after a June marathon, a September 10K, the other day at work. “Jeff drop by tonight, there’s going to be plenty of wine.”

I align with the alcoholics—the ones who used to drink. We’re nervous, caffeinated, edgy. Hydrated! I drink club soda like I used to drink beer. Three sixteen ounce seltzers with lime after dinner. While I’m reading a book. This is how I drank my wine. At the end.

Alone. With a book.

I quit in January. Miles from the bottom. I skimmed along the bottom for years—many years ago. But I never crashed. By the time I quit, I was a fairly light drinker. A light drinker with a drinking problem.

Because we broke up on good terms, it’s hard to say never again. I’m not pissed at alcohol—at beer, at wine. It didn’t let me down. It didn’t wreck my life. It was a mother’s comforting embrace. A fire on a cold night. A purring cat on my lap. I contemplated for a couple years. I decided four days before I quit. And then I walked away. No drama, no nonsense.

The pull of alcohol was strong. A little was hard. None is easier. There’s no more discussion. Never a question whether to have one more. Whether it’s too early. Or too late. Too buzzed. Spending too much money. Letting someone down.

Last week I was driving with my kids. A quick post-dinner errand. My blood was free of alcohol. Quick, witty banter flying between the three of us. No lingering “don’t get pulled over” in the back of my mind.

I have a sponsor, I think. There’s a woman on the internet who checks in with me. She asks me how I’m doing. If I’m having any trouble. She found me through my blog. I try to not let her down. I don’t speak the language. I never went to a meeting. I’m suspicious of process, of rules, of groups, of God. I don’t like talking with people.

They have some good ideas. One day at a time. A good strategy. Much easier to face than never again.

Blair and I had coffee last Sunday. I also drink coffee like beer. Three strong ones before going out. Two more at the café. Besides Susan, he’s the one who knows what I’m thinking. He knows how I feel. I don’t tell him anything, he says it for me. He understands never again.

This post was previously published on www.jefftcann.com and is republished here with permission from the author.
—
Photo credit: Istockphoto.com

Facebook1Tweet5Pin2EmailShares8
wpDiscuz
Share this ArticleLike this article? Email it to a friend!
Email sent!