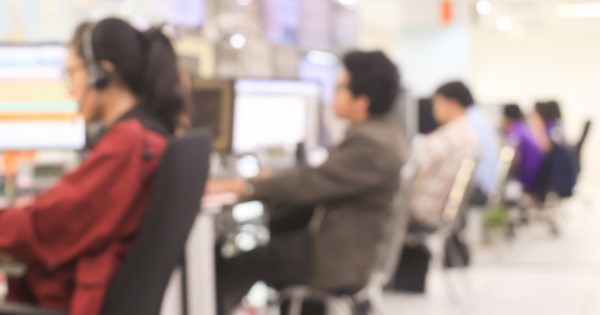 Google certainly has the worst customer service in the history of humanity.

Dealing with Google customer service is akin to dealing with the Nazis in this way:  every representative with whom I spoke defended his or her position by repeating what Adolf Eichmann said at his trial: “I am only following orders.”

Here are the facts: I run a small business in which I work as a psychotherapist, teacher and writer. Someone who saw me in a yoga class contacted me through Facebook and eventually asked to be an assistant at one of my upcoming workshops. When I told him that the position was already filled, he sent a barrage of angry and impertinent text messages mocking luminaries who endorsed my book. Subsequently, he sent emails to people from a fake email address using my name and that is when I reported him to the Santa Monica Police Department.

I called Google to inform them that this person had never been my customer or client, that he wanted to work for me and felt rejected by me, that he had been harassing me for years, and that there was a police report I would like to send them adducing all of the above.

Multiple customer service representatives replied to my emails, calling me from Indian telephone numbers to inform me that it is Google’s policy to allow pseudonyms and that the content of Chipmonk’s fake review did not violate Google’s policy so they would not remove it. I hypothetically asked each of them, “If Chipmonk came to my house and murdered my daughter, would you remove the review?” All of them replied “No, we would not remove the review.”

Amazon has mitigated the spiteful, vindictive fake review problem by adding the tag VERIFIED PURCHASE to reviews. Why hasn’t Google figured out how to verify customers and clients yet? Because currently anyone can leave a review of any business listed on Google irrespective of whether they actually conducted business with them or not.

Do you see the problem?

88% of all searches are conducted by Google. The vast majority of searches locate small businesses like mine through Google Maps. People searching for local businesses are most likely to find them by proximity.

So here are my questions for Google: why do you outsource customer service but then render these poor Indian representatives impotent to solve problems? Why is it impossible to get in touch with someone who can actually solve problems? If you are one of the largest companies in the history of our planet, why don’t you spend money on customer service that actually serves your customers?

One thread of my book “How To Survive Your Childhood Now That You’re An Adult” is that power corrupts. A customer’s inability to question totalitarian Google policies demonstrates how Google – who began its website accompanied by the phrase “Don’t be evil” – has become corrupted. The most important thing to Google is the continued wealth of its shareholders, not serving their customers.

As an analogy, I will show you how misguided Google is: when you conduct a Google search the first thing they report is that their supercomputer has generously furnished 31,000,000 results in .49 seconds. Wouldn’t we all prefer that Google took a whole second and provided us with ONE useful result rather than 30,999,999 useless results???

Forty years ago the scientists at Monsanto were hired by McDonald’s to homogenize the flavor of wheat from Florida to Alaska. These were not evil scientists; they were experts solving a problem. And yet, it is easy to see how Monsanto later inflicted RoundUp and other cancer-causing pesticides on farmers in order to increase Monsanto’s profits. Immune from competition and unfettered by regulations, monopolies like Monsanto and Google are more concerned with absurdly further lining their already well-lined pockets than making the world a better place.

Looking at the way these mega-corporations conduct business it is not difficult to imagine a day in the future – similar to France 1789 – when people rise up to smite this corruption.