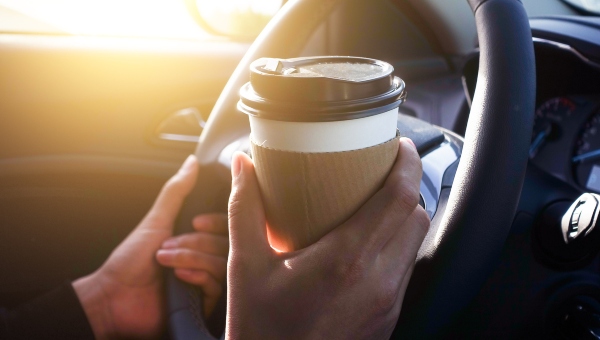 —
I sit here sipping coffee, feeling like I’m parked at the drive-in theater, but it’s light out, and no one is smooching on me. I’m actually in my car, on my way to work, early Thursday morning. I have a few hours of work ahead of me and then we’re off to the lake for a long weekend. Three whole days to write, relax, and do a little wine tasting. Taking a generous swig of coffee I wait for the light to change at the intersection of Hamilton and Leigh. If you miss this light, it’s no less than a three-minute delay, so I might as well distract myself with the people around me.

The first thing I notice is the guy shaving in the car next to me. I feel like I’m peeking into his bathroom so I avert my eyes. There is a young girl texting in the car in front of me. She is resting her glossy pink phone on the steering wheel, so engrossed in her textual reality, she doesn’t notice when the light turns green. Before I have time to react, the guy behind me lays on the horn, he jerks his car into the next lane, glares at me, and speeds off. I almost flipped him the birdie, but I’m a teacher, and one of my students might see me. It would be difficult to explain why the religion teacher is flipping off strangers on her way to work, especially with the Love One Another sticker, affixed to my bumper.

My lane starts to move, the girl looks up, continuing to text with one hand, while steering with the other. She smiles at me in the rearview mirror and shrugs her shoulders. It makes me think of Anita Roddick who says, “You can’t change the world from the rearview mirror.” I wonder about the cars, the people, and this intersection of life. Perhaps this random encounter has no greater meaning than the color of my toenail polish? But I’m starting to believe synchronicity is far more important than we will ever know.

I imagine the guy shaving is a mid-level exec, raised in the Bay Area, got caught up in the whole tech craze, and now owns a swanky new condo in San Jose. He has time to shave at home, but he likes the idea of shaving on the way to work, it makes him feel important. His seventeen year old son needs more attention, but Shaver golfs every Saturday with his college buddies, and he’s gotten into the habit of prioritizing his own needs.

I believe the texting obsessed young lady is a student, heading to Del Mar High School, driving a used Jeep handed down from one of her siblings. She is not a scholar, this is her junior year, and she is more concerned about prom then her G.P.A. She’ll be transferring schools next year because her parents think she needs a more rigorous academic environment. Her new shoes hurt, but they make her feet look small, and in her opinion, that is the only critique for shoes. Her dad sells insurance for Allstate, which is ironic because texting while driving annuls your insurance benefits.

Now the guy behind me, with the short fuse, he could be my husband, but he’s not. He is a real estate developer and generally impatient about delays. He’s meeting a buddy for a round of golf at the San Jose Country Club, and this red light is going to make him late. If there is one thing in this world that drives him crazy, it is people who show up late for appointments, and he will not be joining that league.

We head off in different directions, unaware of the impact we’ve had on one another, or the ways in which our lives intersect. See a few years back, Shaver was in a skiing accident, he shattered his wrist and had to miss a golf tournament. Mr. Impatient was asked to take his place. This is when Mr. Impatient found out about a dilapidated apartment complex that was for sale in San Jose. He purchased the building, ousted the tenants, and converted it into condos. Shaver bought one, his seventeen year old son now attends Del Mar High School, and will be taking Texting Queen to the prom next week. What Texting Queen doesn’t know, is she’ll be enrolled in one of my classes come fall, and I’ll be confiscating her glossy pink phone for most of the semester.

Every life is an intersection of who we were, who we are, and who we will be. I made up the stories, not the people, but they all represent aspects of myself. On occasion, my wayward dispositions intersect, just like the people we encounter on the road of life, sometimes I get held up, and forget how a stranger can transform my day.

This post is dedicated to Christine Simone Knight because I recently intersected with her at TJ Maxx of all places. Many years back we taught a catechism class together and later she invited me to join an amazing book club with Marcy, Terry, Kathy, Michelle, and Susan. It was during those years that I started to harbor a secret dream to write. We keep in touch on Facebook but what she doesn’t know is how important she is to who I am today. She said, “Keep writing,” so I went home and did just that.

Had any unexpected encounters? Leave a note in the comments.

—
A version of this post was previously published on Cheryloreglia.blogspot.com and is republished here with permission from the author.
—

FacebookTweetPin4EmailShares4
wpDiscuz
0
0
Would love your thoughts, please comment.x
()
x
| Reply
Share this ArticleLike this article? Email it to a friend!
Email sent!