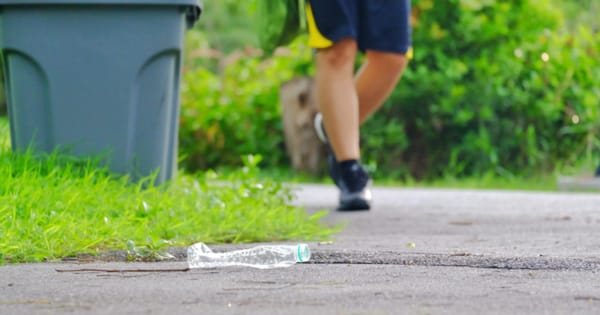 It’s been years since I’ve gone for a jog. In fact, it’s been so long that the last time I jogged, we still called it jogging. Now it’s called Zone Two running. That sounds cooler, but it’s the same thing. I’ve always called jogging Junk Miles. Not easy enough for recovery, not hard enough to build speed and strength.

I’ve been formally in training for the past year. First, I was training to increase my mileage. I wanted to get beyond the six-mile tempo-run that was my go-to workout for way-too-many years. When I realized I could handle more than six, I trained for a half. And then I trained for a wicked-hard trail-half. And then a 25K. Now I’m training to become a Bad-Ass Back-Woods Trail-Runner. I’m training for something longer than 25K. Something in the ultra-range.

Training. So what does that mean? For me, it means a long-run every weekend. Six miles, then eight, now it’s double-digits – typically, between eleven and fifteen miles. If I have some spare time, I try to add a four or five-mile run on Tuesday night or Wednesday morning. But usually, it’s just the one weekend run. Every run I take, regardless of distance, is tempo-pace.

On Monday and Thursday, I’m up at O’Dark-Thirty to instruct an hour-long spin class. So I get three or four hard cardio days each week. This suits me fine; It uses me up. It’s about all I can handle.

I took this afternoon off work. The year is winding down, and I have some excess leave-time to kill. We’re deep in the holiday season. When I planned my time off work, I assumed I would be shopping or wrapping gifts. But the weather was so freaking, absurdly nice, I went for a run instead.

Winter started last night. The solstice has passed. And today was over fifty degrees. A year ago, we were fully in a deep freeze at this point. The snow already on the ground didn’t melt until almost April. And we pushed single digit temps most of the way through December. This year, it feels like late September, so I went for a run.

Last weekend was busy. A group hike with some friends, a trip to a planetarium with my family, lots of gift shopping. I planned too many activities for Saturday and Sunday, and I wound up shorting my weekend run. I only had time for my old six-mile loop. It was still hard, they’re all hard, but I’ve vowed to stick with double-digit long-runs all winter. Double digits, come hell or high snow. And by the last weekend of autumn, I had already failed. So today, I went for a run.

Sunday: painfully hard six-mile tempo-run – one of those character-building runs.

And coming on Thursday: spin again. In celebration of Christmas eve, I’m offering a ninety-minute class.

Tuesday, today: my legs were cooked. I opted for my Zone Two run – my afternoon of jogging.

I didn’t know where I was headed. A couple of weeks ago, I was testing my new SPOT GPS tracker, and I ran directly across the Gettysburg battlefield to see what my SPOT picked up. I wasn’t on a trail, just in the middle of a field. Long after I had gotten tired of repeatedly stepping in freezing, water-filled ruts and holes, I stumbled upon a horse trail I had never seen before. I run hundreds of miles on the battlefield trails every year, but this trail appeared out of nowhere. It seems impossible that I’ve run past this trail without seeing it for so many years, but I know it wasn’t recently built – it has a very worn-in look to it. So today I jogged my new trail.

On my already dead legs, I went out without any clear idea where I was going. I jogged a warm winter afternoon without a watch, without my SPOT. No way to track distance, time or pace. Just a relaxing Junk-Miles run. About forty-five minutes into the run, I realized I was having a blast. I was relaxed. I was comfortable. I was working hard, it was sustainable, but I wasn’t in pain.

Whenever I return from a run, a bike ride or a spin class, Susan always asks me how it was. My response is always the same: best-workout-ever. This isn’t just something I say. I truly mean it. Every time I exercise, it’s a Zone Three or Four effort. And after every workout, I walk away feeling like I’ve achieved something great. But this was different. I don’t think I’d call it an amazing workout. But it sure was fun.

Often, reading running community forums, I read about how happy runners are when they complete their long-run – satisfied, proud, relieved. I don’t feel this. I feel regret. For me, the actual running is my favorite part of the run.

I simply love to run. And if I can slow it down, I can do it longer. I can enjoy three or four or five hours of Junk, because now I know it isn’t Junk. It’s fun. And despite my quest for speed, strength, stamina and character, the point of it all is really to have fun.

Originally Published on The Other Stuff 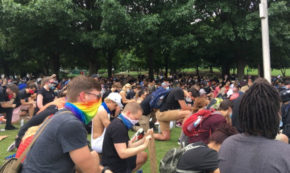