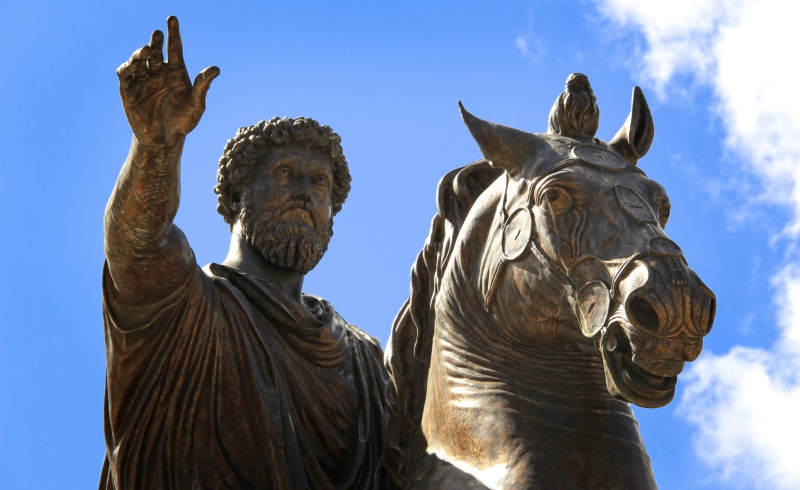 —
In book one of The Meditations, Marcus Aurelius lists the traits and virtues he most admired in sixteen of his tutors and family members. The person he has by far the most to say about is his adoptive father, Emperor Antoninus Pius, who served as his main role model as emperor. However, in striking contrast, Marcus has nothing to say about the virtues of his adoptive grandfather, the emperor Hadrian.

I talk in more detail about the ways in which Marcus apparently sought to be different from Hadrian, and more like Antoninus Pius, in my book How to Think Like a Roman Emperor: The Stoic Philosophy of Marcus Aurelius. Many of the things Marcus says he admires about Antoninus can be viewed as implicit criticisms of Hadrian, despite the fact he’s passing over him in silence.

Nevertheless, Marcus does mention Hadrian elsewhere in The Meditations, albeit mainly to illustrate the transience of all things including human life. Hadrian died over three decades before the time when The Meditations was presumably written.

Although Marcus knew Hadrian as a child, his name now sounds old-fashioned as if it refers to a bygone era. Everyday expressions from earlier times now sound archaic, he says, just like the names of men who were once highly acclaimed. Marcus names eight, including two famous Stoics of the Roman Republic, Scipio Africanus and Cato the Younger. He also includes the first emperor of Rome, Augustus, and even his own predecessor, Antoninus, the most recent emperor. However, this list also includes the name of Hadrian, which has already begun to sound to Marcus like something from the history books. Having noted this, he adds:

For all things are swift to fade and become mere matter for tales, and swiftly too complete oblivion covers their every trace. And here I am speaking of those who shone forth with a wonderful brightness; as for all the rest, the moment that they breathed their last, they were ‘out of sight, out of mind’. And what does it amount to, in any case, everlasting remembrance? Sheer vanity and nothing more. — Meditations, 4.33

Hadrian desperately wanted to be remembered as a great man but why, asks Marcus, should we consider this worth striving for? Rather, only a mind governed by justice and actions directed toward the common good, are worth pursuing, words that never lie, and an attitude welcoming all that happens as necessary, familiar, and flowing from the same source.

In another passage, Hadrian is used along with Augustus as an example of a man of great importance who is nevertheless now dead and gone.

First of all, be untroubled in your mind; for all things come about as universal nature would have them, and in a short while you will be no one and nowhere, as are Hadrian and Augustus. — Meditations, 8.5

Marcus tells himself that he should therefore keep his eyes fixed on the matter in hand and remember that it is his duty to be a good person, and do whatever reason and justice demands, to the best of his ability, without the slightest hesitation. He adds that we should do so with kindness and modesty, though, and, perhaps unlike Hadrian, without false pretences.

Elsewhere, Marcus meditates on the fact that his mother Domitia Lucilla buried his father, Annius Verus, and then it was Lucilla’s turn herself to be buried by another. Antoninus Pius buried his wife the Empress Faustina, and was in turn buried himself. And so it goes on, Marcus says, always the same.

Celer buried Hadrian, and Celer’s turn came next. […] All creatures of a day, and dead long ago; some not remembered even for a passing moment, others becoming the stuff of legend, and others again fading from legend at this very time. — Meditations, 8.25

Remember, therefore, Marcus adds, that whether our bodies are merely dispersed into their elements by nature, or we continue somewhere else, in an afterlife, either way our breath of life is extinguished and our mortal existence will inevitably come to an end.

Marcus also asks whether his dead brother, the co-emperor Lucius Verus’ lover, Panthea, is still mourning by the side of his coffin, several years after his death. Of course not, he says, that would be ridiculous. Likewise, he says it would be absurd to imagine two men, Chabrias and Diotimus, still mourning the death of Hadrian. (Roman tradition put a time limit on mourning.)

Pantheia or Pergamos, are they still sitting by the coffin of Verus? Or Chabrias or Diotimus by that of Hadrian? What an absurd thought. — Meditations, 8.37

Even if they were, Marcus says, the dead wouldn’t be aware of it. It makes no difference to them how much they are mourned once they’re gone. Even if they could be conscious of being mourned, how could that bring them any pleasure? Even if it did, their mourners will die eventually themselves. “So what would the dead do afterwards,” he asks, “when their mourners had passed away?” Men like Hadrian wanted to be celebrated by future generations but what good does it really do them, and how long can it continue anyway?

Finally, Marcus actually encourages himself to visualize the court of Hadrian and notice how the same things come about over and over again throughout history, albeit in different guises.

Constantly reflect on how all that comes about at present came about just the same in days gone by, and reflect that it will continue to do so in the future; and set before your eyes whole dramas and scenes ever alike in their nature which you have known from your own experience or the records of earlier ages, the whole court of Hadrian, say, or of Antoninus, the whole court of Philip, or Alexander, or Croesus; for in every case the play was the same, and only the actors were different. — Meditations, 10.27

It’s striking therefore, as we’ve seen, that Marcus heaps praise on the emperor Antoninus Pius, and lists his virtues in great detail, more than once, but has nothing positive to say about Hadrian. Hadrian is mentioned but only as a reminder of the transience of human life — a memento mori.

If anything, for Marcus, Hadrian serves as an example of a somewhat naive and self-centred ruler who failed to appreciate the limits of power and reputation when viewed from the perspective of eternity. Marcus thinks we should be less concerned about appearances and how others will remember us, and more concerned about trying to actually live in accord with reason and virtue. 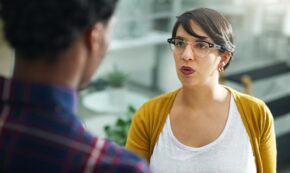 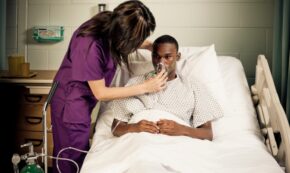 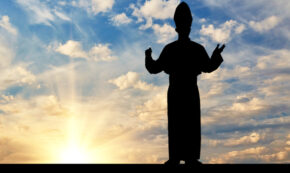 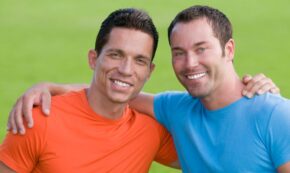