Men grieve their fathers on their own terms, but similarities can be found.

Neil Chethik, FatherLoss: How Sons of All Ages Come to Terms with the Deaths of Their Dads, Hachette Books, 2001.

I hadn’t read this book before because I lost a spouse, not a father. But what Neil Chethik says provides insights into how men grieve any death.

Through interviews and questionnaires of hundreds of men who lost a father, some when they were in their teens to men in their sixties, Chethik presents the scope of male reactions. Some men were on good terms with their fathers, some were not. Some were physically taking care of their fathers in their last years, while others hadn’t seen their fathers in years.

In general, he says, while many women find relief through emotional expressions – talking and crying, many men find release through action, in doing something. Undoubtedly, much of how men grieve has been taught to us by society and our parents, but there is variety in the coping mechanisms of men because we grieve as individuals. What we can do to help those who are grieving is to allow them to grieve as they want, and let them know that we are here to help in any way that we can.

One of the insights in the book is that in this age when many people do not belong to an organized religion, personal rituals often replace traditional memorial services. People are creating their own rituals to honor and bury their dead, like going to a place that the deceased loved, saying a few words, and burying a few personal items with the ashes.

What I particularly value is Chethik’s sorting of male reactions to death into four groups. Like Kubler-Ross discovered with the stages of grief, Chethik found that men don’t necessarily stay in one category, but move from one to another as they transition through grief.

About 20% of the men started in each of the first three groups, while 40% started in the Doers:

Dashers deal with death in an intellectual framework. They did what they needed to do with the body and possessions, and moved on. They tended to be older and were taught to be stoic about their emotions when they were growing up. Generally, their fathers died in old age after a long and full life, so there was no sense of tragedy or a life cut short, but of completion.

Delayers push off dealing with their grief and often use alcohol and drugs to numb and mask their pain. The men in this group said that when their fathers died, they wanted to prove their manhood by not crying and by getting back to work.

Displayers are overwhelmed by their emotions, feeling that the death has happened to them, and that they weren’t in control of their lives.

Doers have to “do something,” to be engaged in an activity they can control. Often what they do is connected to the father, like building a bench in their father’s workshop and putting it where he liked to sit outdoors.

The reality is that men do not respond to death in the same way. They have different styles and personalities. If we push a man in his late 50s to respond to his father’s death with a show of emotions, we may be causing problems, just as if we push teenage boys to be stoic when their fathers die and not show any emotion, because then they may not deal with their grief for years, and then it will be compounded.

Men respond to grief with a mixture of emotions, thoughts, and action. As it is with all who grieve, we help them most by letting them decide how they want to grieve, and telling them know that we are available whenever they want to share.

Mark Liebenow’s writings on grief have been published in numerous journals. His account of hiking in Yosemite to deal with his wife’s death, Mountains of Light, was published by the University of Nebraska Press. His work has been nominated for two Pushcart Prizes and named a notable essay by Best American Essays 2012. His grief blog is http://widowersgrief.blogspot.com. 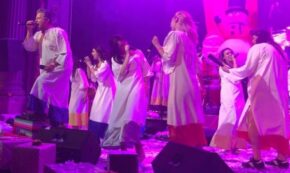 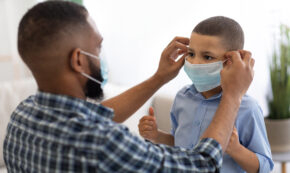 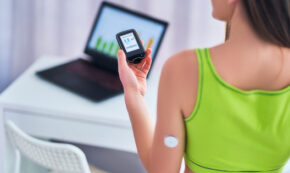 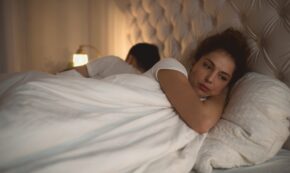