Get Daily Email
Join/Login CLOSE
Home / Featured Content / O.K. Biden: How Democrats Can ‘Get Millennials’ and Win Big in 2020 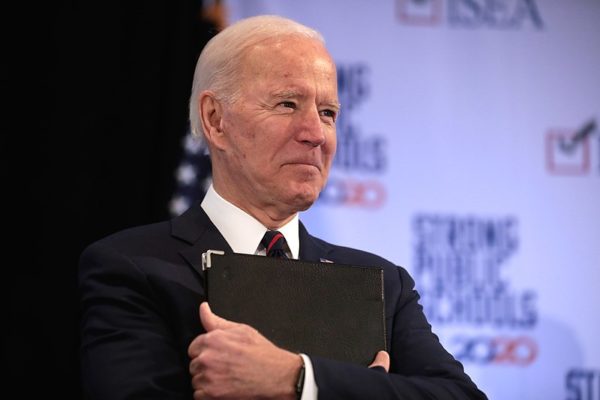 Ever wonder why Millennials overwhelmingly supported avuncular Bernie Sanders for the Democratic Presidential nomination in 2016 and again in 2020? It had nothing to do with his ‘Boomer’ status, duh, and everything to do with the fact that he was the only candidate, of any generation, who spoke directly to the overriding issue of our generation.

To rephrase a political truism from a previous era: It’s the student debt, stupid.

By 2020, most Millennials have completed or are finishing up their education, which means about 70% of them are now elbow-deep into repayment, realizing one way or another, that the tens of thousands of dollars they borrowed (on average $37,000 for undergraduate education, and an additional $60,000 or more for graduate study) in order to get an education was not the gateway to the American Dream, but a first step into debilitating debt. Aside from soaring prices in both tuition and interest rates on student loans, Millennials face rising costs in housing, record-low wage increases, and record-high underemployment, with college graduates juggling multiple jobs, many outside their areas of study, without retirement or health benefits, or any kind of security at all, it turns out.

Previous generations, who went to college at significantly less than the current cost, who graduated into a thriving post-war economy with much less competition (namely from women, minorities, and less than half the student enrollment as present-day) in the job market, believe in the ‘American Dream’ because they themselves have been able to attain it, and, therefore, have a particularly hard time understanding the plight of the 21st-century college graduate whose primary dream is not upward mobility through hard work, fair play, and perseverance, but to not die in debt after a lifetime of hard work, fair play, and perseverance.

The 2011-2012 academic year brought a historic milestone to education in the U.S. It was then that student debt met the $1 trillion mark. Two years later, the government doubled the interest on new loans from 3.4 to 6.8 percent, and by the 2014-2015 school year, the year I received my bachelor’s degree, more than 90% of student debt was subsidized by the federal government, with loans that are tricky to refinance or even pay off, and which, unlike most other forms of debt, cannot be erased with bankruptcy.

Many analysts attribute low voter turnout among young people to their inability to “follow through” on the demands of adulthood, ignoring the fact that while 90% of polled Millennials consider themselves to be interested in politics, many have lost trust in the political system which has not only failed to represent them, but has also put them and their interests at risk.

Millennials, the most educated generation in history, who in the mid-2000’s were just beginning to enter the job market, watched the government bail out the big banks that put the U.S. into crisis in the first place, and to this day have had to cope with an economy which has yet to fully recover from the financial catastrophe of 2008, making it even harder to pay back those ever-increasing loans. It’s no wonder why home ownership, marriages, birth rates, and the opportunity for upward mobility are the lowest they’ve ever been.

And then there’s the coronavirus, which has already put 1 in 3 people aged 18 to 34 out of work.

What are young people to do now, in a world that begs them to stay inside, without jobs and without support? What are they to do in a post-corona world which has economists wondering, how many years will it take to come back from this? Who are they to turn to when their political champion is poised to drop out of the race?

Bernie’s campaign ended this week, making you the Democratic nominee for President. You have a unique opportunity to rally nearly 58 million young Americans, the country’s largest single voting demographic (37%), around a plan for prosperity, one which must include alleviating student debts.

If the government is already on the move to bail out yet another ‘vital’ American industry—the airline industry—and if we have already seen $2.2 trillion of the coronavirus stimulus become vulnerable to abuse and fraud, don’t you think we owe it to our young people, who owe a collective $1.5 trillion, to bail them out in their time of debilitating need?

Just think of what young people could contribute to the economy if given the chance to achieve the dream that they, like all hard-working Americans, were promised since birth. Just think of the election day results, down entire Democratic tickets, if even half of Millennials and Generation Z show up to vote.

Or worse, think of what will happen if this country leaves its young people with tens of thousands of dollars of debt, no economy to bolster them up, and no motivation to participate in this, or any election.

Almendrala, Anna. Almost a Third of Young People Have Lost Their Jobs So far. Vice. https://www.vice.com/en_us/article/z3b9yj/almost-a-third-of-young-people-have-lost-their-jobs-thanks-to-coronavirus-covid19-pandemic

Sweet, Joni. January 17th 2020. “How College Costs Have Changed in the Last 50 Years.” The Stacker. https://thestacker.com/stories/3861/how-college-costs-have-changed-last-50-years#1

Virginia Valenzuela is a poet and nonfiction writer from the East Village, New York. She holds a dual MFA in Creative Writing from the New School, where she was the assistant to David Lehman. She is the Editor-in-Chief of LIT Magazine, an adjunct professor at LIM College and New Jersey City University, and a writer at the Best American Poetry Blog where her column, “Fashion and Beauty with Poetess Vinny” debuted in fall 2018. She was recently published in High Times and Gravitas Magazine.

Facebook71Tweet7PinEmailShares78
wpDiscuz
0
0
Would love your thoughts, please comment.x
()
x
| Reply
Share this ArticleLike this article? Email it to a friend!
Email sent!