Frank Priegue gives us a brief history of oversharing and the beauty it can bring.

Another time-honored part of parenting is showing off the latest pictures of their children to friends, family and anyone else who look at them.

Bringing stacks of pictures to summer cookouts, Thanksgiving dinner, and cornering coworkers in the company break room is part of the tradition.

It’s been this way throughout history—you can trace it back to the caveman.

The paintings on the Lascaux Cave walls were primitive baby pictures. Visiting guests endured an hour or so of the latest images of Junior before settling down to a meal of sautéed wolf paired with a nice Sauvignon Blanc.  White wine served with red meat—now that was primitive.

Pilgrims arriving at Plymouth Rock, brandished selfies portraits and baby pictures painted during Mayflower voyage, cornering members of the local tribes during the first Thanksgiving Dinner and a tradition was started.

Technology improved over the years, film replaced paint, digital cameras replaced film and Al Gore invented the internet.  Then came the iPhone, turning everyone a photographer, before you can say selfie-stick a new phenomenon was born—social media.

Starting with MySpace, the social media equivalent of the cave painting it was soon replaced by Facebook and Twitter.  Before long friends, distant relatives, and complete strangers were posting, tweeting and pinning the most intimate details of their lives with reckless abandon for all to see.

Talk about building a better mousetrap, Facebook and Instagram gives users a virtual means of cornering friends, family, and virtual friends, with the pictures draining the storage from their iPhones.  Social media sites found a home for those blurry, underexposed iPhone images of today’s lunch, their dogs or cats, and more selfies you can shake a selfie stick at.

I always said I’d never be one of those parents whipping out baby pictures to anyone within site, whether they wanted to see them or not, before I became a parent.

According to (multiple) family members that ship sailed long ago. So far there hasn’t been an intervention, yet.

My son is a Social Media Baby—he was born in the Facebook/Twitter/Instagram/You Tube era. Since we have family and friends, real and virtual, all across the Americas and Europe, his birth announcement was posted on Facebook and Twitter.   It was the best way to get the word out.

He’s had iPhones or digital cameras in his face literally since birth.

I’m a Stay at Home Dad who blogs—sites like Facebook and Twitter are essential for promoting new work. Blog and social media posts are made with an eye towards not embarrassing the baby. Cheesy pictures could have repercussions, he’ll probably be taking care of me in my golden years and payback is a bitch.

The flip side of the argument is this: Social media sites have allowed me to keep distant relatives in Europe and not so distant ones on Long Island posted on all things baby. My wife and I are amazed at how many followers he has. In November she took the baby to Puerto Rico, giving family members a chance to meet our newest addition.

And my better half was surprised how many family members checked their feeds daily looking for new pictures and updates.

Photo: Pascal/Flickr; other photos courtesy of the author

This essay originally appeared on

Read Frank Priegue’s Let Me Be Frank column every week here on The Good Men Project! 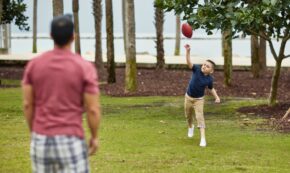 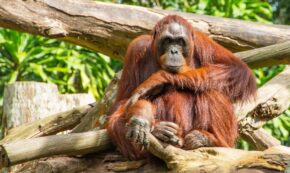