Get Daily Email
Join/Login CLOSE
Home / Featured Content / Policing the Public Schools: How Schools Are Becoming Even More Like Prisons 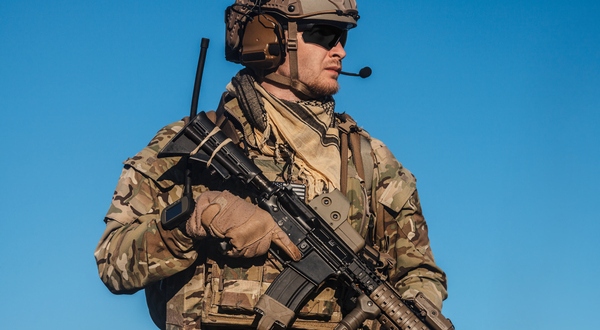 In his book, Free To Learn, Boston College psychology professor Peter Gray makes the connection between school and prison. He writes: “Everyone who has ever been to school knows that school is prison, but almost nobody beyond school age says it is. It’s not polite.” It’s a prison in that young people are compelled to attend school by law, are unable to voluntarily leave, are told what to do and when, and are required to consume a standardized curriculum.

As if schooling was not already jail-like enough, adding armed police officers to the mix confirms the metaphor. In public schools across the country, police officers are increasingly present, costing taxpayers millions of dollars for a vague notion of safety. In fact, some estimates suggest that over two-thirds of high school students currently attend a school with a police officer on site.

While some school districts, particularly urban ones, have had school safety officers present for a while now, concern about school shootings is driving an increase in numbers. Tennessee, for instance, is dedicating $50 million to put a police officer in every school, reaching beyond populated districts into rural communities. The Tennessee bill received bipartisan support and was signed into law by the governor this month, joining the ranks of other states that are implementing similar policies.

Armed guards and police officers at schools are no guarantee of school safety and may cause more harm than good.

After the horrific Parkland school shooting in Florida last year that left 17 people dead, the state legislature mandated an armed guard in every public school. Nevermind that Parkland actually had an armed guard at its school who didn’t enter the school to engage the gunman during the shooting. He subsequently resigned.

Armed guards and police officers at schools are no guarantee of school safety and, in fact, may cause more harm than good. Northeastern University criminology professor James Alan Fox explains in his recent USA Today commentary: “Transforming schools into armed camps does more to elevate fear than alleviate it.” He adds that while school shootings are devastating, they are incredibly rare. “Although the sense of safety of schools has been shaken,” says Fox, “it is important not to view such occurrences as the ‘new normal,’ as some have suggested.”

Rather than deterring mass shootings, armed guards at schools often end up over-criminalizing students. Some studies have suggested that police presence at schools leads to more arrests for non-violent crimes and does not improve student behavior. These arrests and other extreme disciplinary measures can thrust children into the criminal justice system at a very early age, helping to fuel what is known as the “school-to-prison pipeline.” Often, it is poor and minority children who are fed into this pipeline by school personnel at startling rates and at young ages, making it difficult to ultimately escape the path to prison. In 2016, for example, 50,000 preschoolers were suspended or expelled from school, with black preschoolers expelled or suspended at twice the rate of their peers.

Prison-like schools may be just the latest factor prompting more parents to opt-out of public schools altogether. How similar to prison do schools need to become before it’s polite to call them what they really are?

An article in this week’s Seattle Times explains that more black families in the Seattle area are choosing to homeschool their children, at least partly due to the over-criminalization of black children in Seattle schools, where they are six times more likely to be expelled than white children. Other areas are seeing similar upsurges in homeschooling.

In Tennessee, the most recent state to pass the universal school police officer law, public school enrollment rose by less than 1 percent between 2012 and 2017. According to data I obtained from the Tennessee Department of Education, the number of homeschoolers nearly doubled during that same time frame, from 4,614 homeschoolers in 2012 to 8,843 in 2017.

Parents may be increasingly choosing education freedom over force for their children. That is, when they can choose. In their just-released study, Corey DeAngelis and Martin Lueken find that school choice improves school safety. They write: “We find that private and public charter school leaders tend to be more likely to report ‘never’ having safety problems at their schools than traditional public school leaders.” Providing more choice mechanisms that enable parents to opt-out of assigned district schools could ensure school safety better than armed guards and locked classrooms.

How similar to prison do schools need to become before it’s polite to call them what they really are?

Kerry McDonald is a Senior Education Fellow at FEE and author of Unschooled: Raising Curious, Well-Educated Children Outside the Conventional Classroom (Chicago Review Press, 2019). Kerry has a B.A. in economics from Bowdoin College and an M.Ed. in education policy from Harvard University. She lives in Cambridge, Massachusetts with her husband and four children. Follow her on Twitter @kerry_edu.

—
This post was previously published on www.fee.org and is republished here under a Creative Commons license CC BY-ND 4.0.
—
—

Facebook14TweetPinEmail2Shares16
wpDiscuz
Share this ArticleLike this article? Email it to a friend!
Email sent!