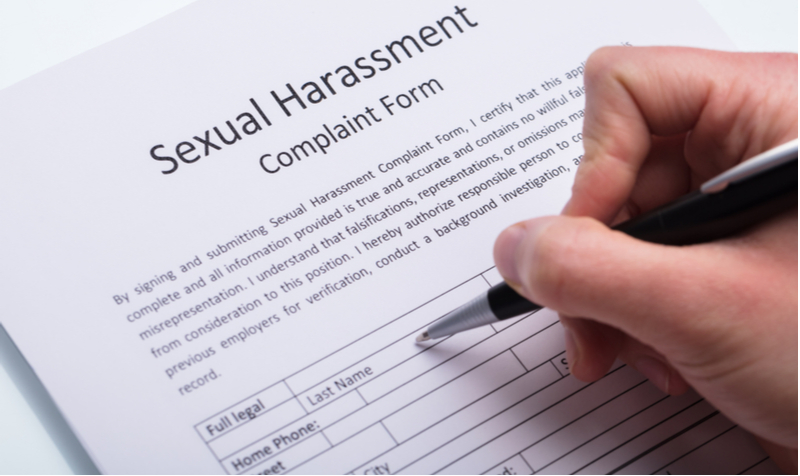 Other forms of job harassment usually don’t get the same amount of national media attention, unless the case is particularly egregious — such as racial harassment involving a hangman’s noose, KKK graffiti or the N-word.

It should be noted that the U.S. Equal Employment Opportunity Commission (EEOC), which enforces federal anti-discrimination laws in the workplace, has been cracking down on all forms of harassment — including, but not limited to, sexual harassment.

Two major criteria define harassment at work, according to the EEOC:

1) “Enduring the offensive conduct becomes a condition of continued employment, or”

2) “The conduct is severe or pervasive enough to create a work environment that a reasonable person would consider intimidating, hostile, or abusive.”

But there are also caveats, as the EEOC points out:

In addition to the pervasiveness of sexual harassment, other forms of unlawful workplace harassment can be based on the following:

The term “harassment” in the modern workplace is a broad umbrella that can manifest in many forms under multiple laws for which not all employees are aware.

Complaints on the Rise

All types of harassment charges filed with the EEOC total about 26,000 on average annually, according to agency data for 2019.

Two years ago, the EEOC highlighted the problem when it issued a press release entitled, “EEOC Files Seven More Suits Against Harassment; Agency Challenges Harassment and Retaliation Across the Country.”

The problem became so bad that an EEOC “Select Task Force on the Study of Harassment in the Workplace” was formed to conduct a comprehensive examination of the issue. Members included officials not only from the EEOC, but also academia, the legal community and stakeholder advocacy groups.

The EEOC task force wrote the following in a detailed 2016 report:

On a positive note, the work culture regarding sexual harassment is slowly changing for the better thanks to the #MeToo movement and the #TimesUp initiative in the Hollywood entertainment industry. More male co-workers (bystanders) need to support women subjected to sexually hostile work environments.

Executive management and leadership must be more mindful of the detrimental effects to the company culture and mission caused by harassment of all kinds, including, but not limited to:

Harassment in the workplace is like a cancer that will grow and spread if not quickly stamped out.

That’s why proactive prevention is the best medicine to stop harassment before it starts. How? Through effective policy implementation, clear communication, as well as consistent training and education — as outlined in the EEOC task force report.

It’s important to remember that all employees have legal rights protecting them from workplace harassment, whether it’s sexual, racial or otherwise. And no CEO, manager, or supervisor is ever above the law.

Facebook1Tweet9PinEmailShares10
wpDiscuz
0
0
Would love your thoughts, please comment.x
()
x
| Reply
Share this ArticleLike this article? Email it to a friend!
Email sent!