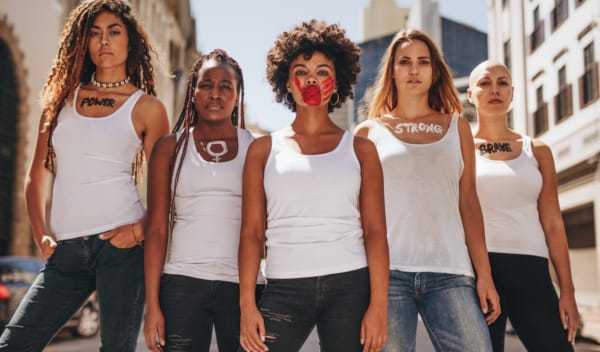 —
The number one cause of death for pregnant people who die is murder- by their intimate partner. As well, studies show that in over a 1/4 of the cases where a woman is abused, her intimate partner is engaging in reproductive coercion- forcing them to get or stay pregnant. And 41% of women interviewed reported that a partner had tried to remove a condom during sex without their approval (stealthing). This, combined with the fact that male-led and entirely male composed legislatures all over the country are making abortion illegal and removing reproductive health options from women should make us all insanely angry. This is not business as usual. This is a systematic effort to make women into second class citizens. This is detailed nearly word for word in the Handmaid’s Tale. If we miss this we are stupid or monsters.

Reproductive health issues legislators seem to not get:

10. You take a test when you feel you are late. Usually at like 2 weeks if you are VERY REGULAR. The test is positive. It’s very early. It may be a false positive. You make a doctor appointment. A week later you get a test at the doctor’s office. She says you are pregnant. The pregnancy is evaluated from the beginning of your last period. So you are 7 WEEKS PREGNANT. 6-7 weeks pregnant is the “aha Moment for 90+% of women.

9. You can’t move an ectopic pregnancy. About 1 in 40 pregnancies is ectopic, occurring outside the womb, usually in one of the fallopian tubes. No medical science exists yet to move this pregnancy to the Uterus.

8. Most states require an adult guardian to approve a young person for an abortion. Most nulliparous girls presenting for an abortion are abused by at least one guardian. Does anyone see a problem there?

7. There are more people homeless and stateless in the world today than at any other point in history. More than 75 percent of those are women and children who desperately need to avoid pregnancy, often to save their lives.

6. Complications during pregnancy and childbirth are the leading cause of death for 15 to 19-year-old girls globally, preventing teen girls from having access to reproductive health services and abortion would result in a bloodbath.

4. Being pregnant with a child conceived against plan increases a woman’s chance of being murdered by an intimate partner dramatically. WHO found that the majority cause of death for pregnant women who had died during their test period was intimate partner abuse.

3. The National Coalition Against Domestic Violence (NCADV) reports that about 25 percent of women who are physically or sexually abused by partners also experience reproductive coercion, being forced to become pregnant against their will. In very many cases, a woman’s bodily rights have already been assaulted.

2. In some studies, only 18 percent of pregnant women who visited an urgent care triage center for reproductive care were asked by the physician about intimate partner violence. This is one important reason why women-led reproductive health facilities are so vital.

1. Every single unwanted pregnancy ever in recorded history has been initiated by a man. And yet, states spent virtually nothing last year researching male birth control. Imagine if the money spent on abortion legislation were to go to male birth control.

END_OF_DOCUMENT_TOKEN_TO_BE_REPLACED

Facebook24Tweet3PinEmailShares27
wpDiscuz
Share this ArticleLike this article? Email it to a friend!
Email sent!