—
I have successfully run several companies. I have raised millions of dollars in capital for the companies I have worked for, and the companies I continue to take on as clients are because I value what these companies can do to make the world a better place. In some of these companies, I have worked in an Advisor position to female CEOs. I have learned and understand what women face in a business environment, even in the leadership role. When I supervised or had women in my employ, I always kept my ears opened, listened to their desires to move onward or upward, helped them achieve their business goals. Even today, when past employees request a reference, I can provide a glowing recommendation that’s truthful and beneficial to them because the women I worked with flourished.

They knew their value, they knew that if a man came to me with an idea and a woman came to me with an idea that I would ensure they got a fair hearing and when I had to roll the dice I bet on the women. I never lost the bet. When it was time to shine, to take credit, to be in those boring divisional or department meetings where you talked about how much your division made or where you launched the next best thing…I would get great accolades as a Director or leader. I always, always deferred to my team because you hire people “smarter” than you. When you nurture them, they shine and you shine by default. So when I got credit for something that I only clearly managed, where I didn’t do the ideation that it took to bring the idea forward, I always gave public credit to “the architect” male or female, but I ensured that the women who worked with me were pushed in front of their successes. It has earned me incredible loyalty in business and among the women I have worked with, many of whom will call me out of the blue, or need me to mentor them or just need support in the loneliest and most unforgiving job in the world next to being a parent? A CEO.

Was I perfect? Probably not, but I did a damn good job. I didn’t have “affairs” on the job. I never dated employees, and on the rare occasion where an “employee” came on to me? I respectfully declined and it ended there. The only time I had an “affair” with someone on the job was when I was LEAVING a job going to a new one, and one young lady approached me (knowing I was leaving) and we had a great relationship after I left the company (for several years). But notice, I was LEAVING the job, I had resigned.

The role of a CEO in this new #MeToo world? It’s what it always should have been the minute you sat in that chair. Drive Shareholder value, and you cannot drive Shareholder value without ensuring that every employee has the opportunity to succeed, do their best, get their credit, be noticed, be promoted, and excel.

The Weinstein Company was a billion dollar multi-media conglomerate. The company is a pariah, the CEO is running, the Board is in disarray and they are struggling to find capital as investors, shareholders, deals are all leaving their arrangements with them because no one wants to be in bed with a company that promotes sexual assault. Don’t you think that Shareholder value can be affected by the whims of someone zipper? Think again, and thousands, literally thousands of jobs are lost when this happens on film and production companies, for example:

Kevin Spacey (I loved this dude in Midnight in the Garden of Good and Evil) his failure to act as star talent—essentially as the “CEO” of this production—has a huge cost. Season 4 of the show House of Cards employed nearly 2,700 cast, crew, and extras from Maryland, and the production bought or rented goods or services from almost 2,000 Maryland vendors including fast-food restaurants, clothing stores and auto parts stores, according to the Maryland Film Office, as the home of “House of Cards,” Maryland earned more than $128 million in 2015 from Season 4’s production.

Mr. Spacey’s failure to keep his “power” his desire, his libido in check cost him his career. I love sex as much as the next person, but seriously, was it worth it? Is it ever? Aren’t we better than animals? Some days, I am not so sure as to who the primate actually is.

A CEO must ensure that all employees—including the custodian, temp, and administrative assistant—feel safe to do their job without the fear of assault and reprisal for refusing an over-amorous and misplaced suitor.

Build the Culture – Culture is the set of shared attitudes, goals, behaviors and values that characterize a group. It adds up to how things get done at a company and influences the entirety of the employee experience and thus the customer experience. Every organized group of individuals develops a culture — whether it’s explicitly recognized or not — and the CEO must constantly observe and be involved to achieve the desired culture. The most critical part of a culture are values: The CEO ensures that those values are applied consistently from top to bottom, across all departments. A good culture makes people feel safe and respected, enabling them to perform at their best.

So, the role of the CEO is crystal clear in the #MeToo world. The fish always stinks from the head gentlemen. How you smellin’?

As a man I’m very much in favor of the #MeToo campaign to address unacceptable treatment of women by men, especially by men in workplace environments. However, everyone must recall Micheal Douglas’ ordeal in Disclosure where Demi Moore’s character was guilty of blatant sexual harassment. I was also harassed by an over-weight woman 20 years my senior. On a day-to-day basis I was accused by her of slacking and so-on too. When I finally confronted her there was an awkward backlash, and I was suddenly placed in the wrong when she started crying in front of senior management. Once she… Read more » 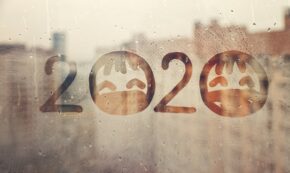 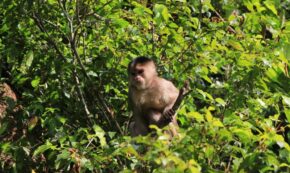 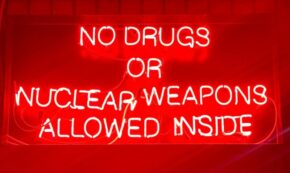 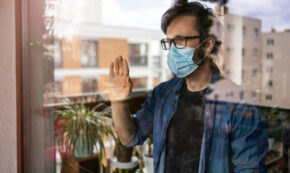 FacebookTweetPinEmailShares20
wpDiscuz
1
0
Would love your thoughts, please comment.x
()
x
| Reply
Share this ArticleLike this article? Email it to a friend!
Email sent!