Get Daily Email
Join/Login CLOSE
Home / Featured Content / Rules in a Knife Fight? From the Americas to Syria 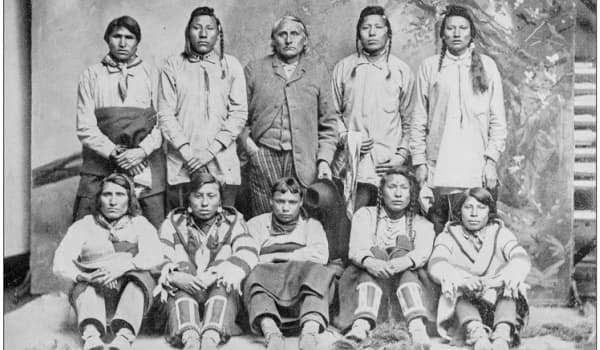 After allowing ethnic cleansing of our Kurdish allies, we claim Syrian oil.

Wimps like myself, who prattle about rules of war or even international law generally, are slogging uphill against the feelings that create the emotional hook for a famous line in a famous film, Butch Cassidy and the Sundance Kid:

I have no answer for those feelings beyond principles said to be universal when they can’t possibly be universal or we would not go to war in the first place. I often make fun of Christians because I was raised in the Bible Belt surrounded by industrial-strength hypocrisy and because some Indians are better than others at forgiving in that they think it entails forgetting.

Christianity did more than stand by during evils for which the nascent idea of international law had no name. It provided moral cover that enabled those evils to be presented as morally correct behavior. Hugo Grotius, the father of international law, published The Rights of War and Peace in 1625, when the rape and pillage of the Americas had been rolling for over a century.

Even if there had been rules of war, it’s not clear in the historical rearview mirror that any rights would attach to H. sapiens not legally understood as human beings. History informs us that the status of American Indians as having souls was disputed in the Valladolid Debates of 1550–1551. We know that Juan Ginés de Sepúlveda defended the dominant thinking that Indians had no moral sensibilities and were so many animals, in need of civilization at the point of a sword before they had standing as human beings. We know that the Bishop of Chiapas, Bartolomé de las Casas, took the contrary position that Indians could be recognized as victims of theft or murder.

While we know that the academic dispute at Colegio de San Gregorio took place, we do not know who “won” except by implication. The bloody business continued and as I write from Texas, formerly the northern edge of the Mexican state of Coahuila y Tejas, land titles to the dirt on which my home sits trace to Spanish monarchs who never set their royal feet in the Americas.

While the Spanish and Portuguese kept better records, the Protestant god also endorsed conquest and the crime without a name. Hundreds of treaties were made and hundreds of treaties were broken. While the signing of treaties assumed a degree of humanity, the legal cover for the breaking of the treaties was that Indians were uncivilized — in a state of tutelage or guardianship, which conferred no rights enforceable against the master. Treaties could be violated with impunity in the alleged best interests of the wards, the wild men. Ancient history? Not really.

The U.S. Supreme Court endorsed the one-way nature of Indian treaties in 1903. Lone Wolf v. Hitchcock held that Secretary of the Interior Ethan Hitchcock knew more about the best interests of the Kiowas than Kiowa Principal Chief Lone Wolf. Indian Territory as the One Big Reservation that was to be the Final Solution to the Indian problem would end with the allotment of reservation land. Poor Ethan Hitchcock gets a bum rap in legal history because in fact he was only a formal party to the lawsuit against the U.S. and he opposed allotment and agreed with Lone Wolf that it would be an economic disaster for the Kiowa people. It was.

The Protestants of North America and the Catholics of South America invented a modern crime in spite of the words of Jesus, who wrote nothing but was reported twice in the New Testament by different authors to have enjoined Christians to treat others as they would wish to be treated. Unless there is some other way to read Mark 12:31 and Luke 10:27. That’s possible, I suppose, because what do I know? I’m just one of those heathens who was never converted.

World War II brought home to the world the impact of the crime with no name, but even in WWII, there were some rules. Hitler refused to deploy chemical weapons on the battlefield, although he had no problem using poison gas in his death camps as punishment for the crime of being Jewish.

The crime finally got a name in 1948, in the aftermath of WWII, with U.N. General Assembly Resolution 260, The Convention on the Prevention and Punishment of the Crime of Genocide. Enough ratifications were gathered to put the treaty into effect in 1951.

There is apparently no genocide happening in Syria, although we could have an argument about the ethnic cleansing by Turkey of the enclave of Syrian Kurds near the Turkish border. As we say in Texas, that horse is out of the barn. President Trump knew Turkey’s intent when he withdrew protection from our Kurdish allies based on a telephone call from Turkish autocrat Recep Tayyip Erdoğan. Turkey attacked within hours, and our troops had to leave in such a hurry that our Air Force was called in to bomb our own facilities to destroy sensitive materials that had to be left.

Then, within days, the President of the United States ordered more troops back across the Syrian border than withdrew in the first place, this time supported by armor, to “protect” Syrian oil. Mr. Trump has made it clear before and after this latest incursion that “protect” means “seize.”

The Rome Statute of the International Criminal Court denounces as a war crime:

[d]estroying or seizing the property of an adversary unless such destruction or seizure be imperatively demanded by the necessities of the conflict.

The Rome Statute was signed by President Bill Clinton but never submitted for ratification before it was “un-signed” by President George W. Bush. So it binds most of the world, but not the United States. However, the Rome Statute merely codifies customary international law and Article 23(g) of the Hague Regulations of 1899, which contain essentially identical language.

There is no world that respects international law where it is lawful for the United States to seize Syria’s oil.

The supreme hypocrisy in taking the Syrian oil fields is that’s exactly the conduct that justified the first invasion of Iraq. Saddam Hussein had seized Kuwait to take the Kuwaiti oil fields and was allegedly preparing to do the same to Saudi Arabia, which would leave the dictator’s boot on the throat of the entire world’s oil supply.

The legality of the war initiated by President George H.W. Bush was based on the United Nations resolutions denouncing the illegality of invading Kuwait to seize oil. This is more evidence of what I will repeat:

There is no world that respects international law where it is lawful for the United States to seize Syria’s oil.

Assuming, always assuming, there are rules in a knife fight.