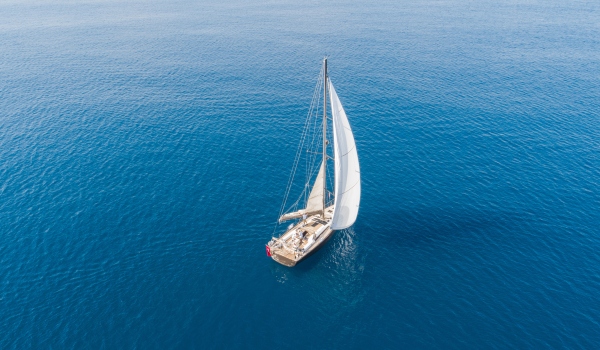 BERLIN, 23 September, 2019 − The first global climate strike has begun: a strike inspired by Greta Thunberg and led by pupils and students, with scholars, lecturers and researchers trailing in their wake − and recognising their need to learn from the young.

Global youth demands social and environmental justice, a future worth living and decisive political action instead of more hot air. “What is the point of school,” they say, “if we have no future planet?”

Their simple, clear and true message, delivered with cool detachment, is that politicians should finally take science and its findings on climate change and the destruction of nature seriously and gear up their actions accordingly.

At the same time we celebrate Alexander von Humboldt. Born 250 years ago, he was the first globally networked, politically active German natural scientist. In his time he was revered in the Americas, Russia, the UK, France and elsewhere in Europe.

We celebrate because he was a remarkable, enlightened, far-sighted and highly intelligent interdisciplinary scientist. In the early 19th century he warned of the dangers of man-made climate change. He had observed the effect of the destruction of nature and the resulting climate shift first-hand while exploring in South America.

“All is interaction,” he wrote in his 1803 Mexican travel diary. Within the space of a few days we have celebrated von Humboldt’s 250th birthday (he was born in Berlin on 14 September 1769), the German Federal Government has announced sweeping climate action, and we have witnessed the first global climate strike.

“Our direct dialogue with tens of thousands of visitors gives me hope − that society will go along with the science. The time for deep change is now”

“Climate crisis is the greatest-ever threat to human rights,” the UN warns, and the climate and biodiversity reports by UN bodies such as the IPCC and IPBES all paint a clear picture – we are endangering civilization, we need deep political change, we cannot economically discount nature any longer.

We urgently need political decisions in line with scientific findings. Otherwise I fear the street protests by Europe’s youth are just the beginning.

Science needs to change in three ways: to become open, to engage with society and to think across the disciplines. Why has its voice not been heard? Why does it need a 16-year-old Swedish girl as a champion? Science likes to focus on excellence. Now dialogue, impact and relevance are to be added.

Science must learn to listen, open up and again become part of the community. Science needs to be democratised, in the spirit of Darwin and Humboldt. Such a transformation of science will cost time and money, including the restructuring of the incentive systems in science itself.

Open and Citizen Science must be strengthened nationally and globally. Knowledge-based solutions can succeed only in cooperation with society, and science urgently has to re-invent itself in line with the Open Science Agenda of the European Union.

But leaving the ivory tower will not be enough; science needs to break its self-imposed barriers and become more interdisciplinary. Glaciologists and botanists, oceanographers and atmospheric physicists, meteorologists and ichthyologists − all confront the same global emergency.

Climate research without the biodiversity and ecosystem factor makes almost no sense. Comprehensive earth–biosphere systems research, in the spirit of Darwin and Humboldt, can help us to manage our planet in a sustainable manner.

Science, society and policy must develop positive perspectives and ideas for a common future. We cannot afford to leave the discourse to a small group of committed climate change deniers, and we cannot surrender our planet and our democracy by clinging to “business as usual”.

A strong reduction in climate-damaging greenhouse gases must be coupled with honest public dialogue in order to achieve the broadest possible support. Environmental and climate-damaging subsidies, deeply embedded in agriculture, energy and transport policies, must come to an end. This money (estimated at some €30 billion annually − £26.6bn − in Germany alone) should be earmarked for investment in research, innovation, dialogue and the sharing of climate-friendly technologies.

Europe can rise to these challenges, can become the global green
market leader, can strengthen the democratic knowledge society and can live up to the pioneering role it developed during the Enlightenment.

Society needs to be involved in decision-making, and in open and transparent knowledge generation processes. If openness, in-depth dialogue and transparency are guaranteed, this will also be politically possible.

As a research institute and public space/museum, we play our part. Since March 2019, every Friday afternoon and after the demonstrations, the Museum für Naturkunde Berlin becomes a much-appreciated forum for pupils and students to talk to scientists about climate change, biodiversity and possible solutions.

Science, art and dialogue also meet the exhibition Artefacts, developed together with the Joint Research Centre of the EU and the photo artist Henry Fair.

“Our direct dialogue with tens of thousands of visitors to the Museum für Naturkunde Berlin gives me hope − that society will go along with the science. The time for deep change is now.” − Climate News Network

This post was previously published on Climatenewsnetwork.netand is republished here under a Creative Commons license CC BY-ND 4.0.