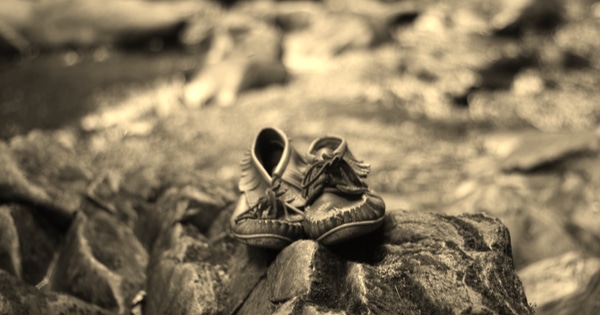 Clothes mean nothing until someone lives in them.

My father passed away a few weeks back after a lengthy illness.  He was 88.  It was a peaceful, painless crossing, and for that my family and I are grateful.

My father was a good, decent, hard-working man.  He loved his wife and children, his relatives, this country, the outdoors, and had many friends.  He was loyal, smart, wise and witty.  He also was pretty good looking, with sharp blue eyes and a wash of curly hair that held high on his head throughout his life.

What my father wasn’t was a sharp dresser.  I mean, he looked sharp when he dressed up.  And he had plenty of clothes and shoes to do just that – name brand sweaters and slacks, wool pullovers and classic collar shirts, stylish loafers and Oxford shoes, and finely-made coats for any season or situation.

But he much preferred to lounge, work or even go out socially in worn jeans and old Ts or sweatshirts.  In fact, in the latter years of his life, what he liked most to wear came from his two grandsons, who after passing him in height and weight by their middle teens, gifted their used duds to my father’s already substantial wardrobe.  I’m not joking.  My father had oodles of clothes at the time of his death, many of them never worn, folded neatly in drawers in their original wrappings or hanging in closets with sales tags still affixed.

My father’s swelling and swell store of clothing as well as shoes was the work of my mother, an apex and expert shopper.  With a keen eye for quality and for price, my mother bested many a department store over the years, showing patience and smarts to wait until even the most expensive item became a bargain.  But she was not frivolous in her purchases.

There is an old joke from legendary comedian Henny Youngman that goes like this: “My wife will buy anything marked down.  Last year she came home with an escalator.”  That was not my mother.  She did not buy my father new clothes on a whim, or just because it was a good deal.  Her motivation was to help my father look his very best, and to feel his very best, in the very best money could afford.

But it was just not in my dad’s psychological DNA to feel comfortable in new attire.  He was, in many ways, a “second-hand man” when it came to his dress.  I believe this sprang from his upbringing.  He was born in 1932, the tail end of the Great Depression, the second and youngest child of Irish immigrants.  His parents came to this country a decade earlier, finding their way  to eastern Long Island where they secured jobs as domestics for a wealthy estate owning family in the “Hamptons.”

It was a good, sustaining life.  My father grew up with shelter and security.  And, as was the case after he met and married my mother, really nice clothes. But these were passed on to his family by the family they served,  hand-me-down threads from the most esteemed stores of the day.   It was such an article of donated clothing, a lovely cashmere sweater, which caught my mother’s fashion-focused eye when she first met my father.

It was more or less a blind date, an informal mixer, with my father and a few friends from a nearby college coming to the college my mother attended to meet her and a few friends.  My father, to start, was matched up with someone else, and my mother as well.  But once she saw that sweater, and those blue eyes and hair, it was over and she made the switch.  And the rest, as they say, is history.

I started to unpack this history, so to speak, the other day, when I went through my father’s closets and drawers with a relative, selecting items to donate to a local Goodwill Store.  During the work, we marveled at all the new and wonderful clothes he had, and never donned, and also mused and remembered when we did find a pair of pants or shirt he always wore.

As we moved to his pile of shoes, I found a pair of beat-up suede leather mocs made by Lands End.  My father wore them all the time, and I remember they were given to him by his eldest grandson.  They were clearly too big for my father’s feet, but he loved them nonetheless.  I decided to slip them on and found they fit perfectly.

I worked the rest of the day, placing my father’s things in bags and boxes and hauling to Goodwill, wearing the worn mocs.  My feet never felt better.  Nor my soul.

I will wear them forever long they hold up, or I hold up.  Only time will tell.

FacebookTweetPinEmailShares105
wpDiscuz
0
0
Would love your thoughts, please comment.x
()
x
| Reply
Share this ArticleLike this article? Email it to a friend!
Email sent!